Good morning from spring in NYC where it’s freezing. We should all move to London where today it is 79 degrees (26 Celsius) and sunny. This must be why they call it climate CHANGE.

Earth Day Video Exclusive!  Watch Mike Bloomberg explain how Bloomberg Philanthropies is stepping up for the planet in this Funny or Die video. 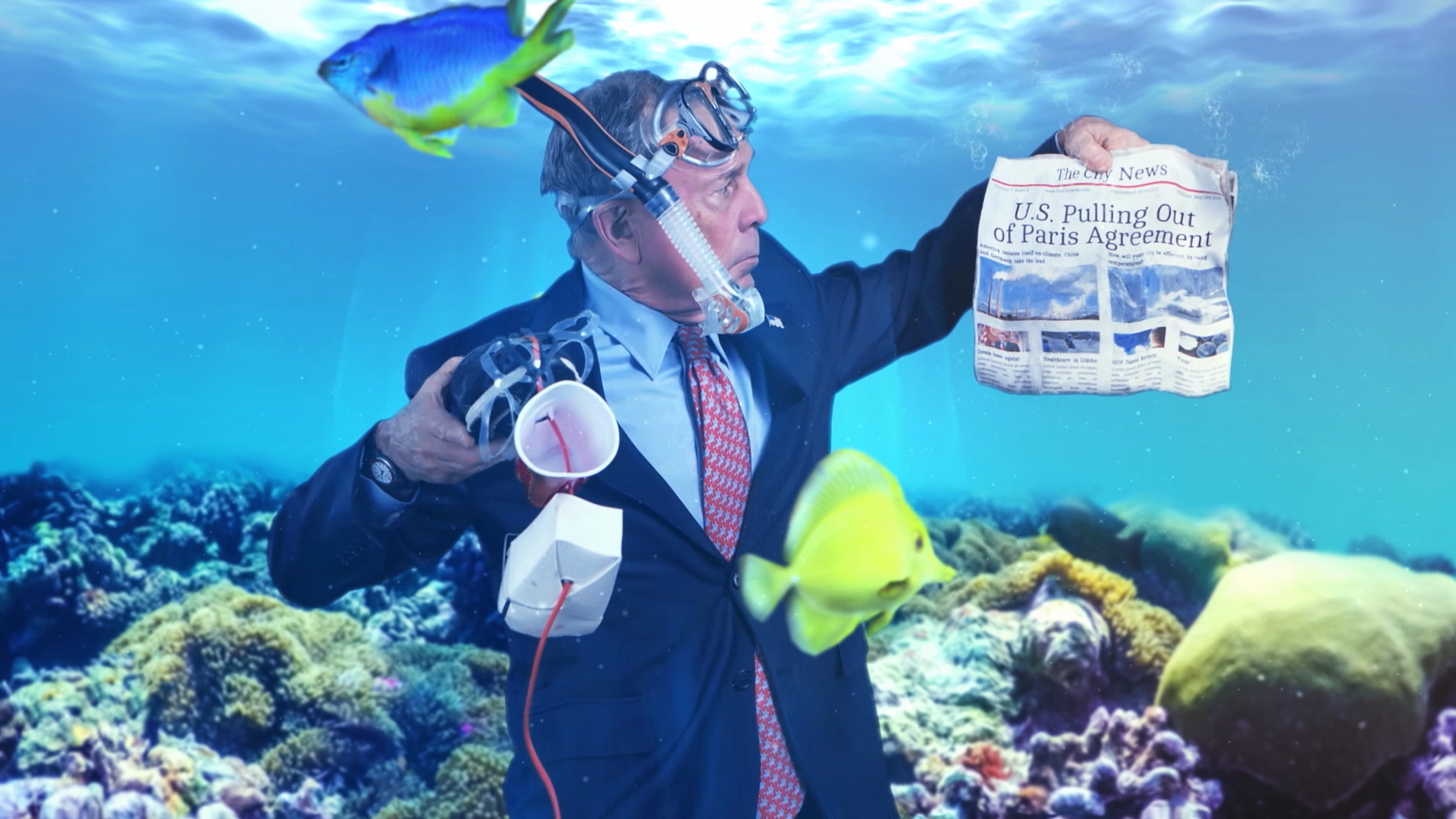 Must See TV: Mike Bloomberg will be on CBS’s Face the Nation this Sunday with new host Margaret Brennan. He will make a new announcement about his work to keep America’s commitment to the Paris climate treaty, and answer whether he is running for President. 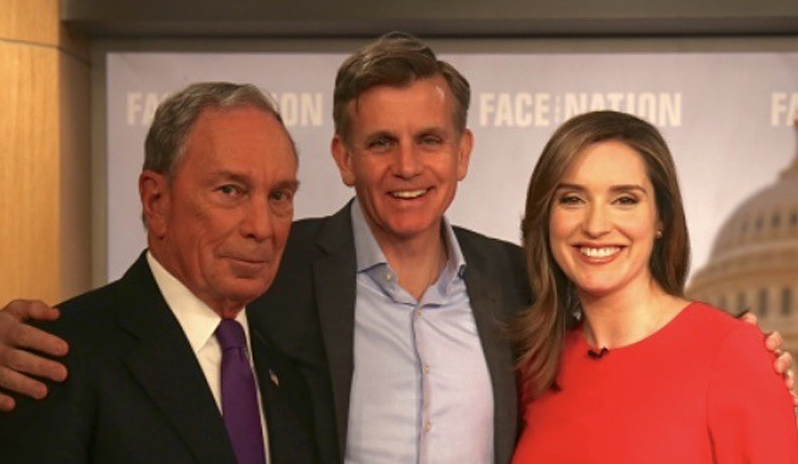 At the CBS Face the Nation taping Thursday.

Best Book Promotion Ever: Former FBI director James Comey continues to receive the help of the President and Republicans in selling his book, already #1 on Amazon.

Memos that Comey wrote about his meetings with Trump, that Republicans from Capitol Hill demanded and received last night, were promptly leaked to the media. And now Trump is on Twitter again attacking Comey’s book. You can’t buy that kind of publicity.

At the IMF Spring Meetings in Washington, DC. 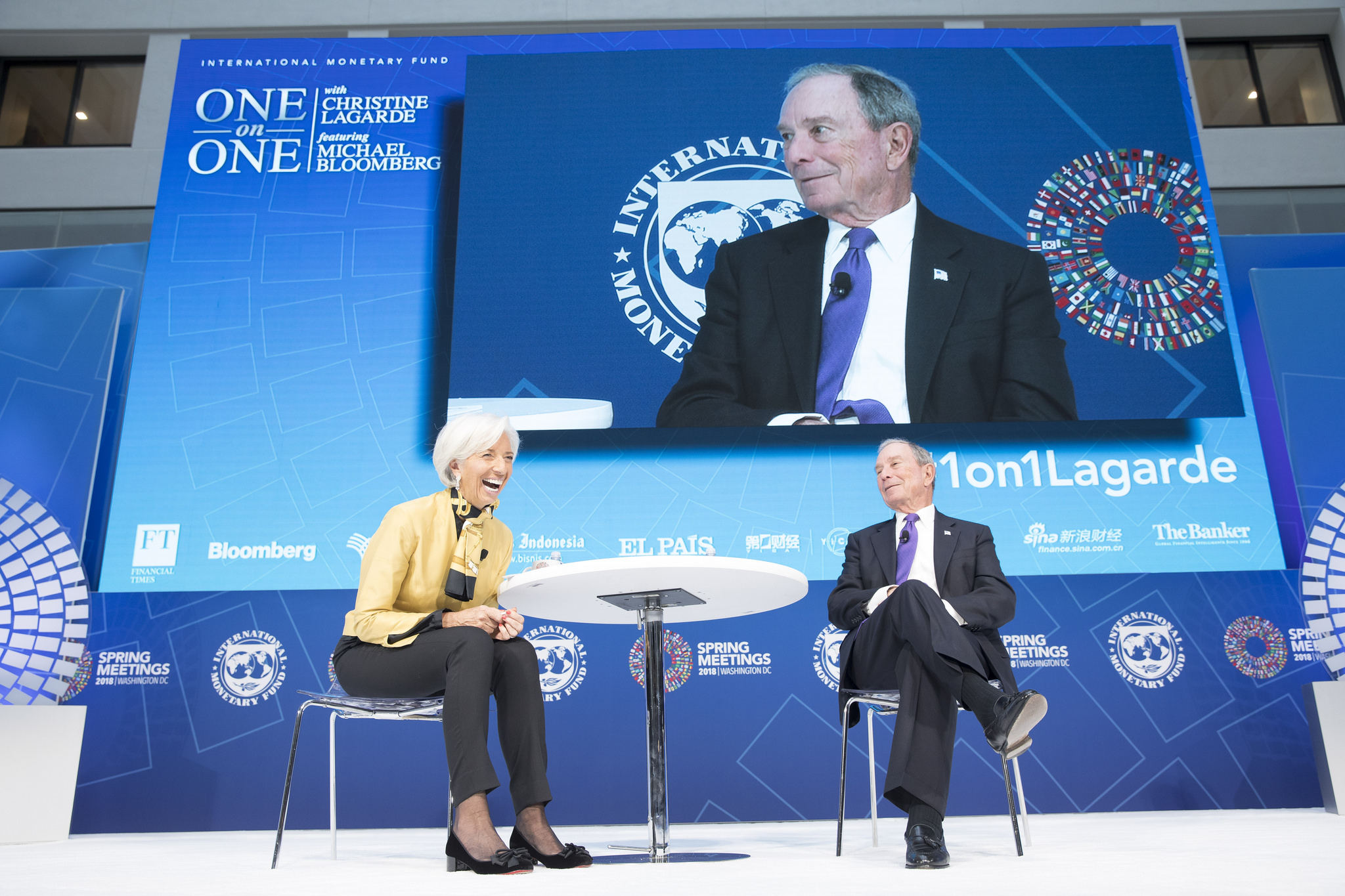 U.S. to Fine Wells Fargo $1 Billion – the Most Aggressive Penalty of the Trump Era (Washington Post)

Mike Bloomberg writes in Time magazine: Mayor of London Sadiq Khan is “a rising star who has a bright political future. Somewhere down the road, I wouldn’t be at all surprised to see him living at 10 Downing Street.” (Time 100 issue)

Bloomberg Marks Launch of New Voices Initiative to Diversify Newsroom Sources (Bloomberg press announcement)
Bloomberg aims to build the definitive database of female newsmakers in businesss and finance as part of initiative to ensure fairness and balance in coverage.

SPOTTED AT THE VATICAN: Bloomberg LP Chief Operating Officer Beth Mazzeo attended an audience with Pope Francis last week as part of a visit by the board of Villanova University. See here.

On the gag order being lifted on Karen MacDougal who alleges an affair with President Trump:

“I don’t need the details. Her gag order may be over, but once she describes the affair, our gagging is just beginning.”
— James Corden

On the planned North Korea-US Summit:

“[Trump] says if it’s not going well, he’s just going to get up and leave — which is also Trump’s philosophy on marriage. You know, come to think of it, his presidency really isn’t going well — maybe Trump can just get up and leave that too.”
— James Corden

“Everyone is talking about Donald Trump’s potentially epic summit with Kim Jong-un. It’s the dispute of the ill-fitting suits! The men with nukes putting up their dukes! ‘In this corner, weighing in at 239 pounds, ha-ha, with the terrible haircut, a man-child who had everything handed to him by his father. And in the other corner: the exact same thing!’”
— Stephen Colbert