Happy Anniversary: One Year of the Sheekey Daily Read!

A year ago, we started the Sheekey Daily Read to highlight stories important to our company, our industry and our employees. We’ve grown to reach more than 20,000 subscribers who share an interest in the world of Bloomberg.

To mark this anniversary, I wanted to highlight the most popular headlines in the Daily Read. You’ll likely notice a pattern. If you like what you see, please spread the word to colleagues, family and friends who can sign up at SheekeyDaily.com. As always, I welcome your feedback.

Thank you for reading!


Click here for the Top 25 headlines, including this gem of Mike Bloomberg piloting a Spitfire fighter plane from the Imperial War Museum in London in June.

Trump Wages War Against New York (Politico)
I was asked for comment: “Too busy focused on taking the House to comment at this point,” Bloomberg adviser Kevin Sheekey said in an email, signing off with a smiley face emoji.

Smart Take: Trump Is Not Trying to Silence John Brennan. (Bloomberg Opinion – Eli Lake)
It’s the opposite: to make the former CIA director more prominent and use him as a foil.

@MikeBloomberg tweeted: I got an honorary degree from Harvard in 2014, along with Aretha. I’ll let you guess who got the biggest ovation. She earned that respect – from generations. She was an American treasure, and we’ll miss her. 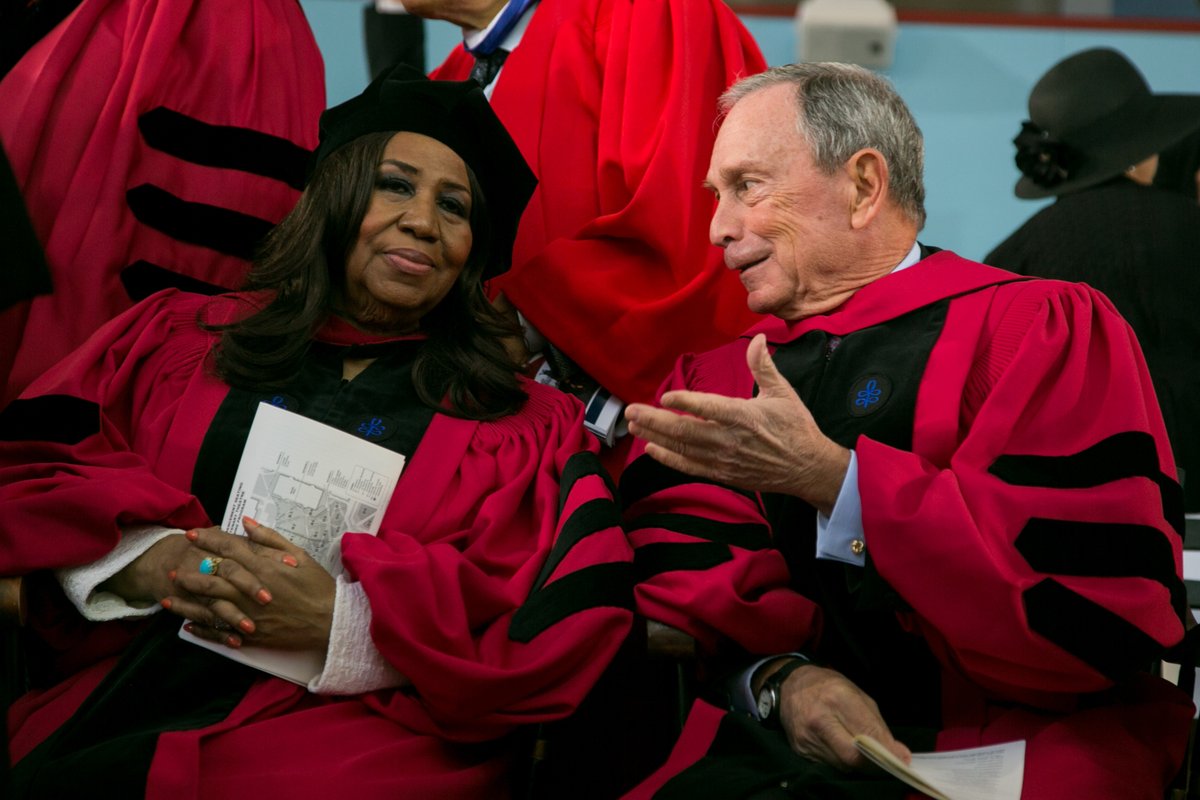 In a speech on Wednesday, New York governor Andrew Cuomo mocked Donald Trump’s Make America Great catchphrase by saying, “We are not going to make America great again. It was never that great.”

“That is the dumbest thing you can say as a politician. That’s like closing your speech with, ‘Apple pie sucks, I’m lukewarm on the troops and those stripes make the American flag look fat! Thank you, I hate my mother.’”
— Stephen Colbert

Former Trump advisor Omarosa Manigault Newman on Thursday released a recording of a conversation with Lara Trump, the president’s daughter-in-law, who is heard offering Manigault Newman a salary of $180,000 in exchange for staying quiet about sensitive topics. Jimmy Fallon said Lara Trump must be mortified.

“In response Lara Trump said, ‘I am so embarrassed about this tape. Now everyone will know that I’m married to Eric Trump.’”
— Jimmy Fallon