Donald Trump has no intention of playing nice with Europe over trade, is considering a capital gains tax break and might pull out of the World Trade Organization if it doesn’t treat the U.S. better, he said in an Oval Office interview yesterday with Bloomberg Editor-in-Chief John Micklethwait and White House reporters Margaret Talev and Jennifer Jacobs.

While the outside world might see him as in a bit of a bind, Trump made clear he doesn’t share that view, Micklethwait writes.

Overall he awards himself an A-plus, calling “the level of love” at his rallies “just a beautiful thing to watch.” But with prosecutors creeping closer and the very real prospect that Republicans could lose control of the House in November, the toughest tests of Trump’s resilience may lie ahead. Click here for highlights the interview. 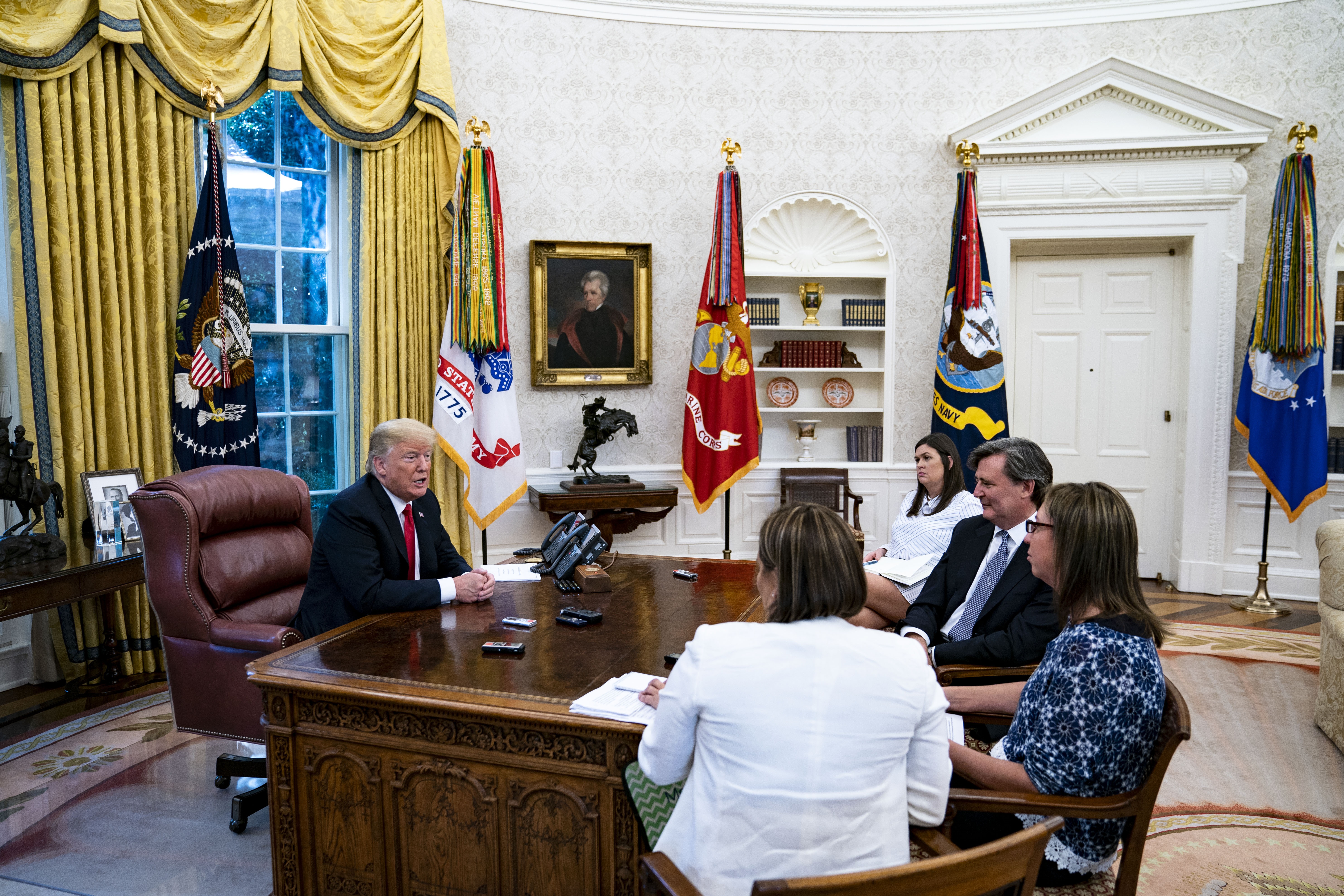 First on the Bloomberg:
Trump to Back $200 Billion China Tariffs as Early as Next Week, Sources Say
(Bloomberg)

“Good news for the economy; consumer spending grew in August in America. You can be happy about that! That’s good news. The two most popular purchased items were anti-depressants and Canadian passports.”

“It has been reported that Sarah Palin was not invited to John McCain’s memorial service. She wasn’t invited. Yeah, it was reported in this month’s issue of ‘Oh Snap’ magazine.”

“It’s come out that the restaurant chain “In-N-Out” has donated $25,000 to the Republican party. It makes sense because “In-N-Out” is the perfect description of a career in Trump’s White House.”

Monday is Labor Day in the U.S., so your next Sheekey Daily Read will arrive on Tuesday, Sept. 4.

Thank you for reading!