How Nancy Pelosi Won – Again (Bloomberg Opinion – Jonathan Bernstein) She’s good at the job and understood the political context. Her opponents, not so much.

Trump v. Pelosi Showdown Will Define 2019 and 2020 (Axios – Mike Allen) As a former senior Democratic adviser said: “Speaker Pelosi’s sole job in 2019 will be to serve Trump to the 2020 nominee on a platter … She won’t be bullied or outmaneuvered.”

After Parkland, a New Surge in State Gun Control Laws (New York Times) This year, legislators rejected about 90 percent of state-level bills backed by the National Rifle Association, according to the Mike Bloomberg founded and funded Everytown for Gun Safety.

How Ireland Outmaneuvered Britain: Irish Diplomats Set the Terms of Brexit Talks Long Before the British Caught On (Bloomberg)

Bloomberg Insider: How ‘Paradigm for Parity’ Coalition Companies Are Prioritizing Hiring and Promoting Diverse Candidates (Medium) Bloomberg LP Chairman Peter Grauer says “Diversity and equality have been at the core of Bloomberg culture as long as we have been around” and our approach is creating a ” rising tide across our business.”

Top 10 Art Moments from 2018: From Banksy to Christo’s Mastaba on Serpentine Lake, These Events Made Art History (Evening Standard – UK)

Before it Melts: Visit Ice Watch at the Tate Modern and at Bloomberg London through this weekend.

Photos of the Week: 36 Hours in London 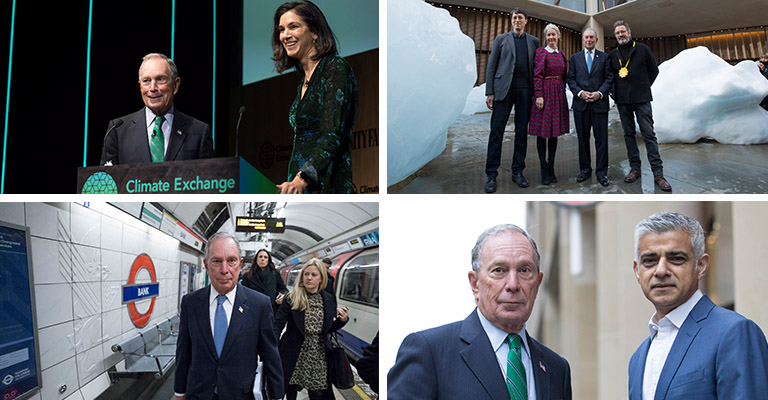 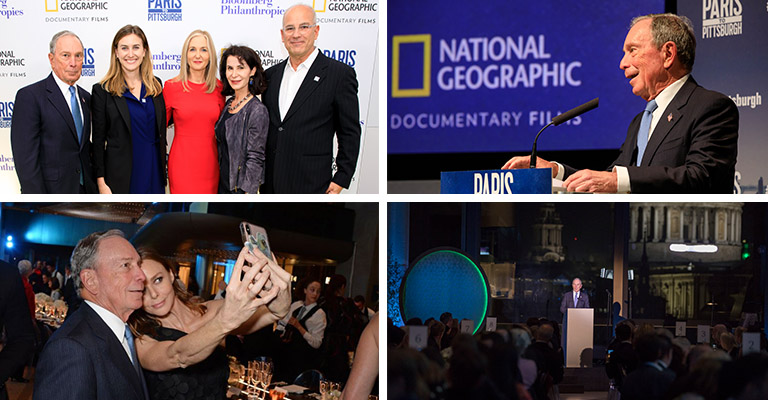 On Donald Trump and his allies proclaiming through the 2016 campaign that he was the law and order candidate:

“That’s right folks. I am the law and order candidate. As in: I will break the law, in order to become president.”
— Trevor Noah

“Apple just announced that it will be building a brand-new, $1 billion campus in Austin, Tex. The project is part of Apple’s plan to create 20,000 new jobs. Now that’s great — maybe one of those 20,000 new employees can figure out how to make it so iTunes doesn’t ask me to update it every two hours.”
— James Corden

“It is the holiday season and I read that every day 750,000 people visit Rockefeller Center. Yep, they spent three seconds looking at the tree and then three hours trying to leave.”
— Jimmy Fallon