More to come: China watchers are predicting U.S. proposals to slap tariffs on $50 billion of Chinese imports might be the start. The Trump administration’s refined list of Chinese products to be hit with tariffs – set for release today – will focus on technologies where China wants to establish itself as a leader. (Bloomberg Politics)

Since Trump’s election, a coal plant has retired every 15 days, a win for former New York City Mayor Michael Bloomberg, who has injected $110 million into the ‘Beyond Coal’ campaign since 2011. (New Republic)

Bloomberg Had it First: Comey was ‘Insubordinate’ in Clinton Probe, but Free of Bias, Inspector General Finds

Brussels to the fore: The EU Is Emerging as the New Sheriff for Global Financial Markets (Bloomberg Businessweek)

Tweets of the day.

Politico’s @kyledcheney: IG found that on numerous occasions, COMEY used a personal GMail account to conduct official FBI business, according to source briefed on the report.

@HillaryClinton: But my emails. 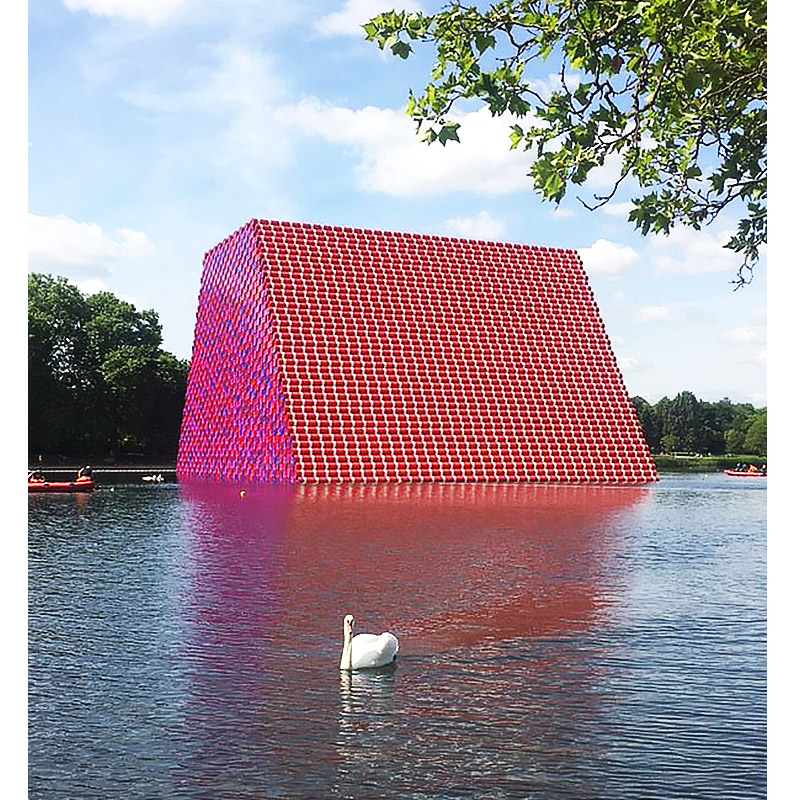 This summer, in the heart of London, the Serpentine Galleries presents a major exhibition on the work of Christo and his wife Jeanne-Claude, which draws upon their use of barrels to create artworks. Simultaneously, Christo will present The Mastaba, a temporary floating sculpture on The Serpentine lake in Hyde Park (pictured above), which opens on June 18. Michael Bloomberg, Chairman of the Serpentine and a big supporter of the UK economy, will be there Monday with Christo to open the exhibit.

Opening this weekend at London’s V&A, a Bloomberg-supported museum: “Frida Kahlo: Making Her Self Up.” The Guardian previews it.

Go Before July 1: The Park Avenue Armory features Nick Cave’s The Let Go, an immersive dance experience supported by Bloomberg Philanthropies. Read about it here and get tickets.

The Times of India: Financial information of Indians at risk due to foreign-owned companies?

On President Trump’s 72nd birthday yesterday:
“I’m told Trump had some cake, ate some ice cream, played some golf — then he remembered it was his birthday.”
–Conan O’Brien

“The State of Vermont is trying to get people to move into their state, and to sweeten the deal they’re now offering each new resident up to $10,000. This is great, because until now the most popular way to become a Vermont resident was through the witness protection program.”
–James Corden

“Microsoft is working on technology that removes the need for cashiers and checkout lines. This cutting-edge technology is known as shoplifting.”
–Conan O’Brien