New!  Here are stories worth reading this weekend:

America’s Southwest Border is Not Out of Control; The Trump administration’s zero-tolerance policy creates more problems than it solves. (Bloomberg Opinion)

The Economist explains: What’s at stake in Turkey’s elections

Airbus Is A $90 Billion Warning for Britain; Selling out of Airbus was a bad bet. A no-deal EU exit would only compound it. (Bloomberg Opinion)

India’s fake news fighter: One Indian police officer is fighting back with community policing and education. And it’s working. (Bloomberg)

Most Shared on the Bloomberg Terminal:
U.S. Supreme Court: Online Retailers Can Be Forced to Collect Tax (Bloomberg)

Bloomberg’s Finest Hour in Spitfire (The Times – UK)
Michael Bloomberg still has the capacity to surprise. The 76-year-old billionaire and three-term Republican mayor of New York tweeted his thanks to the Imperial War Museum after flying in a Spitfire from Duxford in Cambridgeshire. He also found time to surprise the political world in Washington when he said that he would support the Democrats.

The Big Bang Made London. Brexit Could Undo It (Bloomberg Businessweek – Matt Winkler)

Sunday Elections in Turkey: Young Voters Chafe at Erdogan’s Turkey, the Only One They Know (Bloomberg)

World Cup Viewing: We are now in Week Two of the World Cup, and here’s a roundup of some of the best place to watch in New York, London, Hong Kong, Singapore, Washington, San Francisco, Mumbai, Dubai, Berlin, Paris, Sydney and Tokyo.

Bloomberg employees can go to BOB <GO> on the terminal for employee discount and admission information for these and other Bloomberg-supported museums and exhibits.

In London: To coincide with The London Mastaba floating in a lake in Hyde Park, the Serpentine Galleries presents a major exhibition of art by Christo and Jeanne-Claude, which draws upon
their use of barrels to create artworks. Mike Bloomberg is Chairman of the Serpentine.

In New York: The Cooper Hewitt Smithsonian Design Museum features The “Manhattan Color Walk.” This Vivid Crosswalk was Inspired by the Colors of Manhattan (Curbed)

The Times of India: Modi says yoga is a unifying force

Bloomberg: Inside the Saudi Aramco driving school for thousands of women

On Melania Trump’s visit Thursday to the U.S.-Mexico border:

“She was on her way to meet children who have been separated from their parents. This is what she wore on the plane ride there: a jacket that says, ‘I REALLY DON’T CARE. DO U?’ Is the president now tweeting onto his wife’s clothes?”
— Jimmy Kimmel

“Remember when Michelle Obama showed her bare arms and went to an oil spill, and Fox News went nuts? I’m sure they’ll have the same reaction to this.”
— Jimmy Kimmel

“It is kind of sweet that she made a jacket out of her and Donald’s wedding vows.”
— Trevor Noah 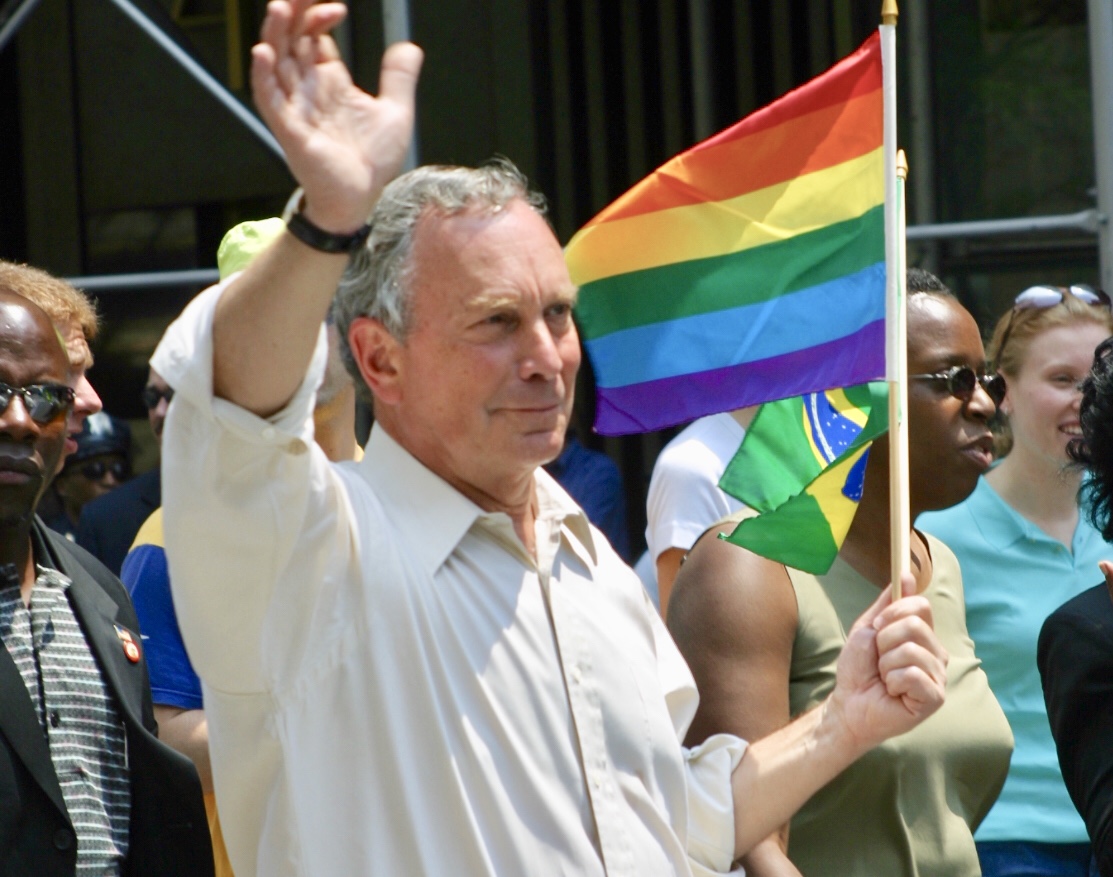 A great weekend in NYC. New Yorkers can take pride in how many local businesses are embracing and spotlighting the LGBTQ community this month — from global banks to gourmet bakeries.

Here is your guide to the 2018 NYC Pride Parade on Sunday.