Good morning again from the Chocolate Capital of the World:

China hits back on Trump tariffs as EU allies are off the hook for now (Trade war?), Trump replaces McMaster with Bolton (Real war?), and nearly 1 million students are expected to march across the U.S. and beyond for gun safety (Culture war?).

Amid all the chaos Mike Bloomberg announced new partnerships with the French President, the Belgian Finance Minister, the EU, and recognized the two year anniversary of the terror attacks in Brussels in a ceremony where he presented Belgium’s King with a sapling from the Survivor Tree that endured the 9/11 attacks in NYC.

Apple, Google, IBM CEOs Head to China with Trade War Brewing:
Tim Cook, Sundar Pichai and Ginny Rometty are scheduled to attend the annual China Development Forum. Apple has the most at stake in China among U.S. tech companies. Its iPhones and other gadgets have sold well in the country, but revenue from the region fell in Apple’s last fiscal year. (Bloomberg)

Market Transparency Today: Bloomberg today announced that it will add Chinese RMB-denominated government and policy bank securities to the Bloomberg Barclays Global Aggregate Index. The announcement “recognizes China’s continued efforts over recent years to enhance access to the world’s third-largest bond market,” said Michael Bloomberg, Chair of the Working Group on U.S. RMB Trading and Clearing. “It is a testament to China’s firm commitment to financial reforms and the pace of change taking place in its bond market, and another important step for China’s integration with global financial markets.”

The plot to reverse Brexit: The U.K.’s anti-Brexit movement is sensing for the first time that it can win. With intelligence on the negotiations supplied by EU officials, it is lobbying lawmakers to defeat the final deal. Inside the Secret Plot to Reverse Brexit (Bloomberg)

Amazingly, this might not even be among the five most shocking Trump headlines from yesterday:
Former Playboy Model Gives Emotional Account of Alleged Affair with Trump, Apologizes to Melania (Washington Post)

And then there’s this: CBS 60 Minutes to air Stormy Daniels interview Sunday (CBS)

A Break on Bank Capital Requirements: On Thursday, banks won concessions from global regulators that may cut the amount of extra capital the industry’s biggest companies will need in 2022, when new market-risk rules are due to take effect. The proposed revisions will come as a relief to traders in swaps, bonds and other securities. Banks Win Break on Capital Requirement Hitting Trading Desks (Bloomberg)

March for our Lives this weekend. 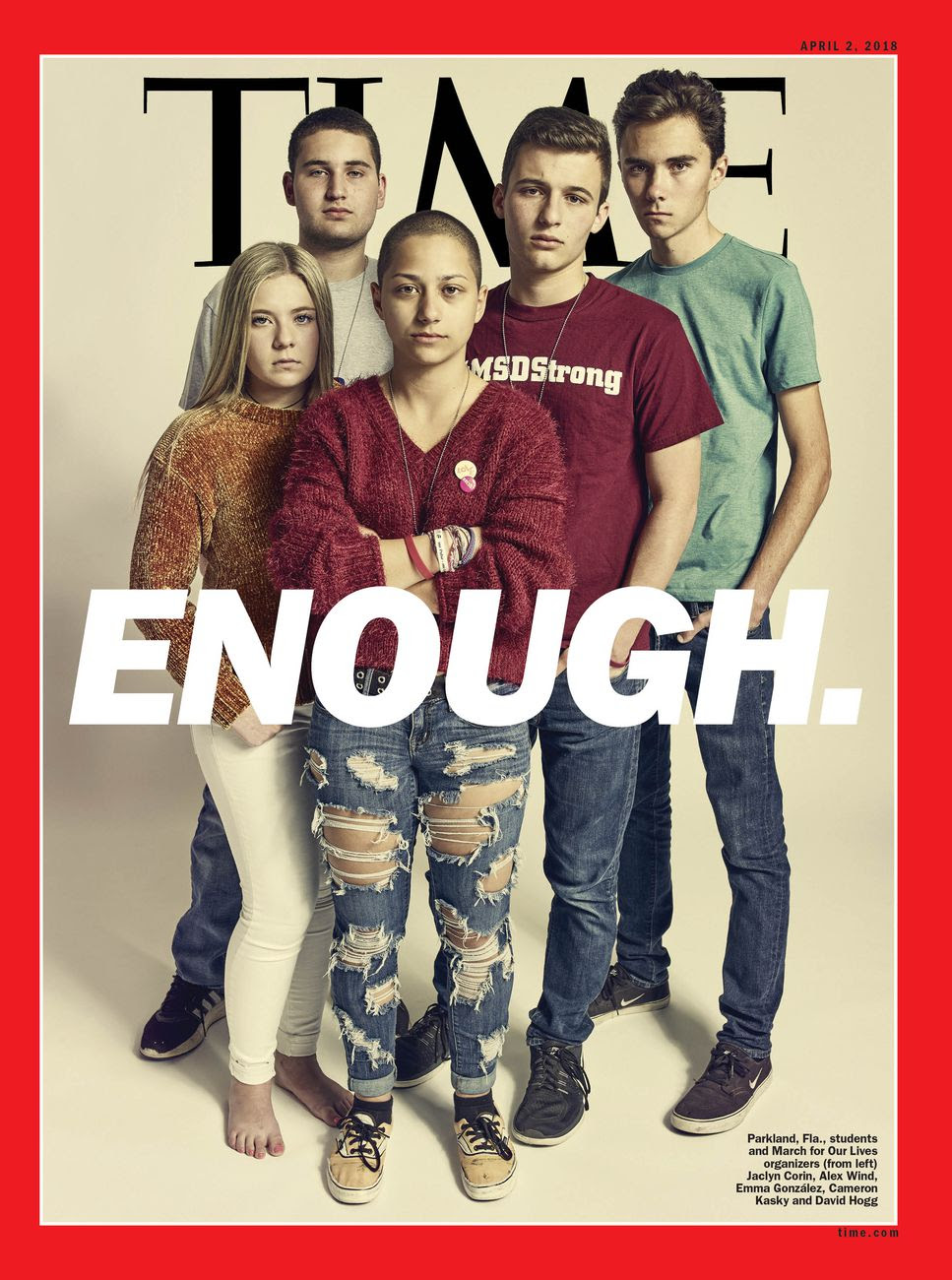 Time magazine cover featuring students from Parkland, Florida who are organizing the March for our Lives on Saturday, March 24, 2018.

March for our Lives: Tomorrow, there will be nearly 1,000 marches across the U.S. and beyond to call for stronger gun safety laws. Find your local march here, and read this primer from The Trace on gun violence that spells out 18 facts about gun violence and 6 promising ways to reduce the suffering. Everytown for Gun Safety, the group founded and funded by Mike Bloomberg, is helping students plan and coordinate the events.

Here’s how the student marchers are targeting the 2018 midterm elections and beyond:
Beyond Gun Control, Student Marchers Aim to Upend Elections (New York Times)

This week in Brussels. 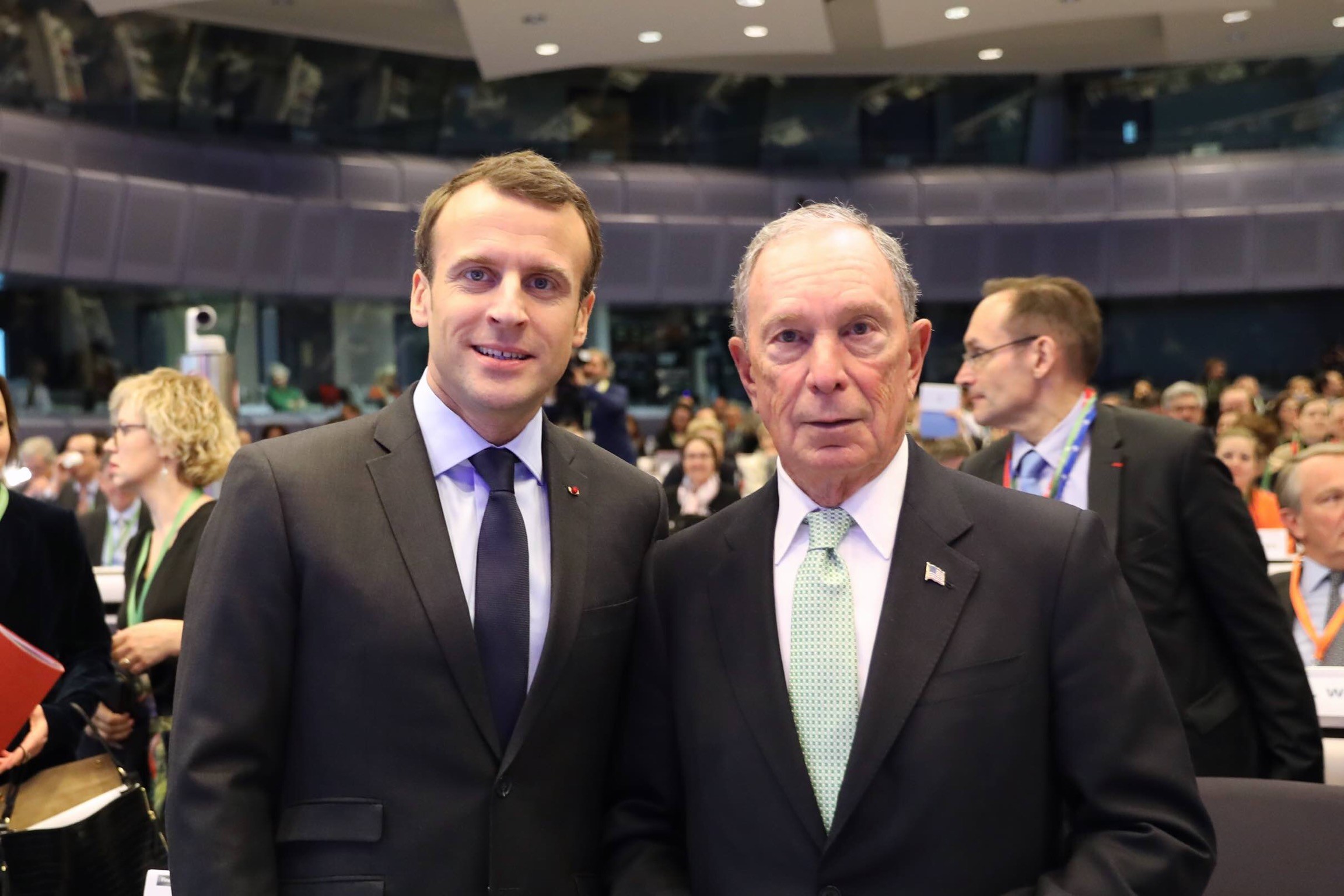 The Economist on Sustainable Finance: “To gauge an issue’s importance, a guest list is a good place to start. The one for a conference in Brussels on March 22nd to discuss the European Union’s “action plan” on sustainable finance features heavy-hitters including Emmanuel Macron, France’s president, and Michael Bloomberg, a former mayor of New York who campaigns on climate change.”

The Guardian (UK): EU trade commissioner: US should work with us

The Telegraph (UK): Trump’s trade blitz on China marks a role reversal of East and West

@MikeBloomberg: Businesses continue to lead where Congress won’t: @Citi will require its business customers to adhere to common-sense gun safety policies that have earned broad support across the country.

@MikeBloomberg: President @EmmanuelMacron provides a great example of leadership on climate action. Today at the EU we’re building on the #OnePlanet momentum & I look forward to continuing our work during UNGA as we bring together the One Planet community alongside #BloombergGBF

@EmmanuelMacron: The #OnePlanetSummit wasn’t just another meeting, we launched a movement. Thank you @mikebloomberg to pursue our actions to fight against climate change. See you in New York in september!

@vestager: This is what you want on a rainy day in Bruxelles: Let’s create a climate of hope – amazing, inspiring @MikeBloomberg is here to talk sustainable finance.

@MichelBarnier: Good discussion on state of play #Brexit. And thank you @MikeBloomberg for your book on a “climate of hope” & your support for #sustainablefinanceEU #oneplanet

@MikeBloomberg: When it comes to climate change, we’re all in this together. U.S.–European partnerships hold great potential – and the more we work together, the more progress we can make. @EU_Commission

@PattiHarris: The One Planet Summit was a historic meeting of public & private sector leaders committed to a more sustainable future. But there’s more work to be done – this year’s summit in NYC alongside the #BloombergGBF will unite leaders again to advance progress. https://gbf.bloomberg.org/

On the resignation of John Dowd, a lawyer for President Trump who resigned after concluding that the president was not listening to his advice:

“Who are these people who think Trump is going to listen to their advice? Don’t they understand, the only way to get Donald Trump to do something is to tell him he’s not allowed to do it. He’s 4 years old. He doesn’t need a lawyer, he needs a governess.”
— Jimmy Kimmel

“Personally, I have no idea who would win this fight. I mean, Biden seems scrappy, but if 70 years of McDonald’s couldn’t take Trump down, I don’t know what can.”
— Trevor Noah

“This is just what America needs: The thrilla in vanilla.”
— Seth Meyers