We thought we would begin the day in the City of Brotherly Love with some good news: Bloomberg Philanthropies has announced it is investing $43 million in more than 200 small and midsize cultural organizations in seven cities, including Atlanta, Austin, Baltimore, Denver, New Orleans, Pittsburgh, and Washington.

The program is part of Mike Bloomberg’s American Cities Initiative (AIM), an effort to help cities across the U.S. generate innovation and advance public policy. AIM targets arts non-profits because of the vital role that they play in building communities, driving local economies and supporting artists. Since 2011, it has helped more than 500 organizations, including theater, visual arts, music, film, literature and dance. This new round of funding increases Bloomberg’s support for this initiative to $108 million since 2011.

And finally, a shout out to mothers everywhere, particularly Kathleen Sheekey.

London Mayor to Ban Junk Food Ads on Tubes and Buses (The Guardian)
Mayor of London Sadiq Khan called child obesity ‘a ticking timebomb’ that affects 40% of the capital’s 10-year-olds as he announced the plan. Mike Bloomberg, now the World Health Organization’s global ambassador for noncommunicable diseases, applauded London’s proposed advertising ban. “Obesity has become a global epidemic, and children face a lifetime of health problems unless we take bolder steps to confront it,” he said. “This policy by Mayor Khan sets a great example that other cities can learn from.”

Giuliani’s Law Firm Undercuts His Statements as They Part Ways (New York Times)
Law firm partners had chafed over Rudy Giuliani’s public comments about hush money payments that Trump lawyer Michael Cohen made, suggesting that such payments were common at his firm even without the knowledge of the clients.

Were you ‘Pro-Beyoncé’ or ‘Anti-Beyoncé’? Democrats on the House Intelligence Committee on Thursday released about 3,500 Facebook ads purchased by Russian agents around the 2016 presidential election, reaching at least 146 million people on Facebook and Instagram. Sometimes, they tried to fuel rallies and protests, and at one point in 2016, they attempted to pit Beyoncé fans and critics against each other in New York City. 3,500 Facebook Ads Released Show Scale of Russian Manipulation (Washington Post)

Did you or friends fall for the ads? Check your own account here. 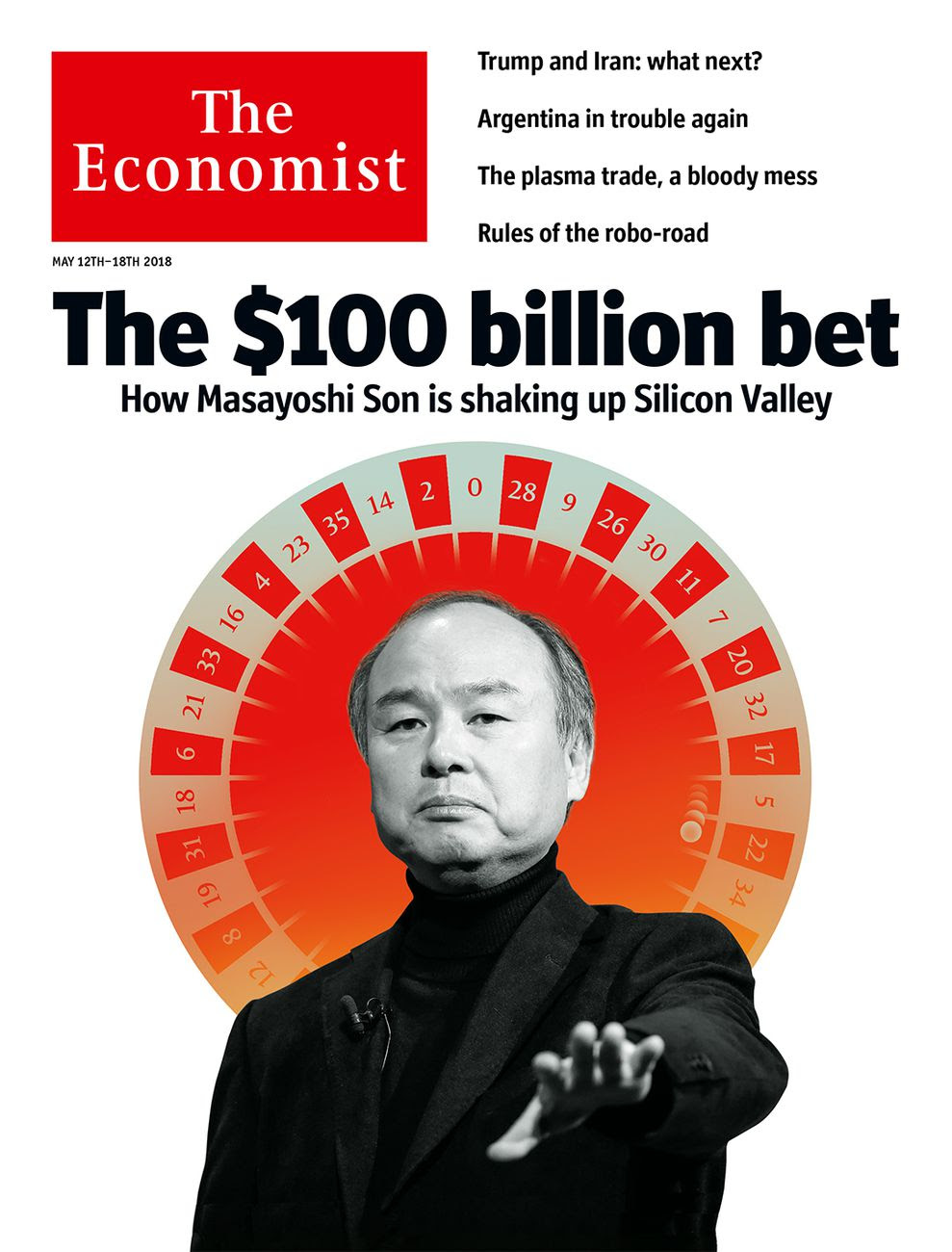 The Economist: How Masayoshi Son is Shaking Up Silicon Valley
The founder of SoftBank has put together an enormous investment fund that is busy gobbling up stakes in the world’s most exciting young companies, disrupting both the industries in which it invests and other suppliers of capital. The Vision Fund is the result of an alliance forged in 2016 between Mr. Son and Mohammed bin Salman. Saudi Arabia’s crown prince gave Mr. Son $45 billion as part of his attempt to diversify the kingdom’s economy.

Live from Houston, Texas on Saturday: Mike Bloomberg will deliver Rice University’s commencement address Saturday morning. Watch a live stream here and look for a version of his speech to post on Bloomberg Opinion after the commencement. Rice is among the founding members of the American Talent Initiative, a Bloomberg Philanthropies-backed initiative that aims to enroll more low- and middle-income students in top universities.

Read more about the American Talent Initiative and how it’s working to expand access and opportunity for highly-talented lower-income students here.

On the three American hostages who were freed from North Korea:

“The President was there to meet the freed men, along with Melania, who is hoping to be freed next”
— Stephen Colbert

And for Mother’s Day (in many countries on Sunday):

“Mother’s Day is coming up on Sunday. It’s that day every year when Mom says “what’s that burning smell?” and Dad says “you know what honey? Let’s go out for breakfast.”
— Jimmy Fallon