No Deal in China: The U.S. trade delegation is packing its bags after two days of talks in Beijing ended with some agreement, but not much. Steven Mnuchin’s team wanted China to narrow its trade surplus by $200 billion by 2020, stop subsidies for its manufacturing plan, strengthen IP enforcement and avoid retaliatory action, according to a document sent before the talks. It doesn’t bode well for markets, said Bloomberg strategist Mark Cudmore. (Bloomberg Daybreak)

Less than three months after President Trump chided U.S. lawmakers that they were “afraid” of the NRA and said that the NRA has “great power over you people,” President Trump goes to Dallas today to the NRA’s annual meeting where he’s expected to fully embrace the NRA’s agenda. Trump’s Embrace of NRA Signals Short Flirtation with Gun Control is Over (Bloomberg)

Making Waves Across the Pond: U.K. Officials: Brexit Transition Must Be Extended – Possibly Until 2023 (Bloomberg)

Alibaba is projected to post its first decline in profit as a result of folding in major loss-making businesses and heightened spending. Jack Ma’s Free Spending Ways are Spooking Alibaba Investors (Bloomberg)

Give credit where it’s due for this 108-month economic expansion: Nine years ago this June, the worst recession since the Great Depression ended. The U.S. government was a driving force behind that recovery, especially through the Federal Reserve system. The New York Fed Does the Heavy Lifting (Bloomberg Opinion – Matthew Winkler)
Economy Today: U.S. Jobless Rate Falls to 3.9%, Lowest Since December 2000 (Bloomberg)

News You Can Use: Twitter advised users to change their passwords after the company found a bug in its systems that exposed passwords in plain text internally. Twitter Advises Users to Change Passwords After Bug Found (Bloomberg) 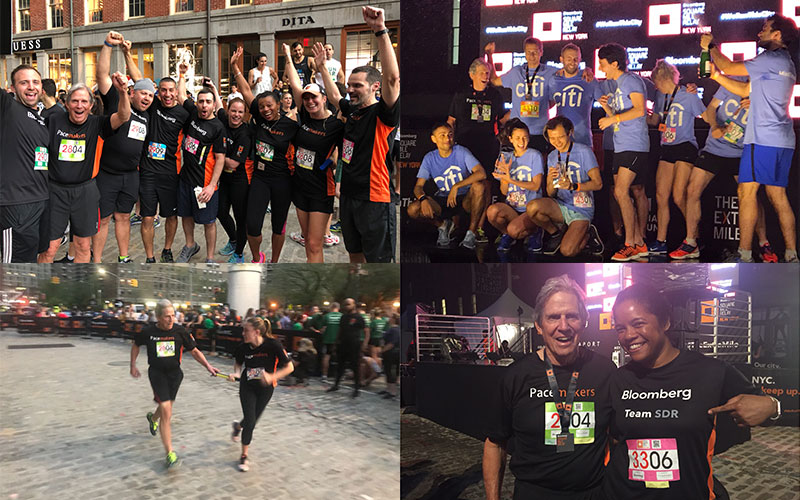 Citi Wins ‘Fastest Firm in the City’ Trophy at Bloomberg Square Mile Relay in New York: More than 75 teams from New York’s leading financial companies raced against each other last night in the Financial District, with the winning team from Citi completing the course in 53 minutes and 22 seconds (with one of their runners completing a mile in 4:42).

New to Instagram: Bloomberg LP chairman Peter Grauer is on Instagram! Check out his post from last night’s Bloomberg Square Mile Relay, where he shaved off 31 seconds from his run last year to an impressive 8:49 mile. Follow him here.

“It was 90 degrees in New York today. People were sweating like President Trump watching Rudy Giuliani on ‘Hannity.’”
— Jimmy Fallon

On the U.S. National Day of Prayer on Thursday:

“First of all, happy National Day of Prayer. You know I don’t know why it’s just one day, because every morning since the election I wake up and scream “OH DEAR GOD…DO SOMETHING!”
— Stephen Colbert

Have a great weekend.