Vaping Latest: US Vaping Lung Cases Surge 52% in Last Week to 805, At Least 12 Deaths (Washington Post)
Federal officials said Thursday that at least 805 people in 46 states and the U.S. Virgin Islands have fallen sick with mysterious vaping-related lung injuries as the growing outbreak stretches to include virtually all of the United States.Officials say that number is expected to continue rising.

Are CEOs The New Politicians? (The Economist Podcast)
In a New York buzzing with world leaders and talk of impeachment, Anne McElvoy interviews Michael Bloomberg. She asks him if CEOs are the new politicians. 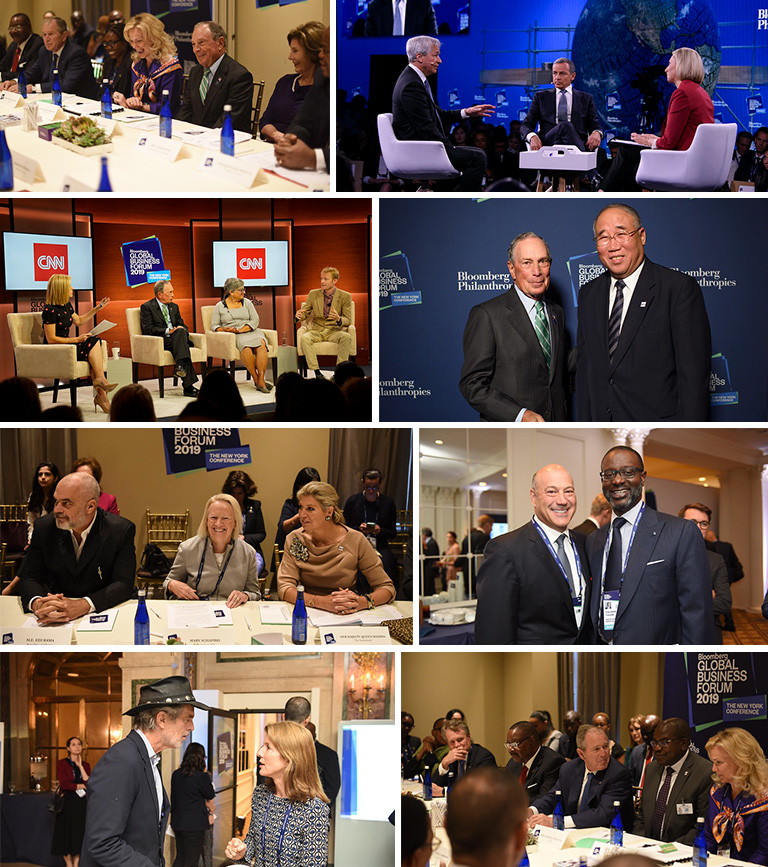 Overheard at The Bloomberg Global Business Forum (Impact Alpha)
The third annual forum, billed as the “economic complement to UN Week,” kicked off with a highlight reel of destabilizing forces and global volatility.

The video whizzed from Trump in the U.S. to Maduro in Venezuela, from Brexit to Hurricane Dorian. A global volatility index overlaid the images; climate change was the main threat. ​

Bloomberg’s Climate Finance Leadership Initiative is helping the world implement meaningful climate policy (The Economist)
There is a new effort from the private sector to invest in things that reduce the climate risk in the first place: the Climate Finance Leadership Initiative (CFLI), a group of banks, asset managers and energy developers handpicked by Michael Bloomberg, UN Special Envoy for Climate Change.

Europe’s Anti-Immigrant Leaders Have a Secret (Bloomberg)
Hungary, Poland, and Serbia are among countries quietly importing workers to cope with a labor crisis.

Can The Arts Help Save The Planet? (Financial Times)
Frieze London displays a growing number of artistic responses to the climate crisis. They have ranged from Olafur Eliasson’s “Ice Watch”, supported by Bloomberg Philanthropies, which consisted of blocks of Greenland ice placed in the City of London and next to the Thames last winter, to the Golden Lion-winning operatic installation at the Lithuanian pavilion at this year’s Venice Biennale, which called to mind package holiday beach scenes.

A Dance To The Music of Woke (Fiancial Times – Moral Money)
Mike Bloomberg’s Global Business Forum kicked off with a dance performance, meant to bring its theme of economic and environmental instability to life. Choreographed by MacArthur “Genius” award-winner Elizabeth Streb, the dancers did their thing in the Plaza Hotel’s ballroom in front of screens showing a brooding Angela Merkel and a defiant Ayatollah Ali Khamenei.

“I was actually invited to join that dance performance,” Bloomberg told the assembled heads of state, central bankers and CEOs, “but we do have a full morning ahead of us.” Full it was, but he made time to tell his guests that “everything from the signage to the carpets you’re standing on” would be recycled.

“Authorities at a jail in Ohio recently busted an inmate catching a cell phone that was dropped from a drone being flown over the facility. But it was a Samsung Galaxy, so he threw it back.”
— Seth Meyers

“You heard Pelosi! Finally, the time for talking about impeachment is over. It’s time to inquire about impeachment. This is it, guys! Let the talking stop and the inquiring begin! It’s really gaining steam now. It is. At this rate, Democrats should have Trump impeached by the last six months of his second term.”
—James Corden