Kim’s K-pop Moment: Kim Jong Un continued his string of diplomatic surprises by attending a goodwill performance by some of South Korea’s best-known pop stars yesterday in Pyongyang. The decision to mingle with musicians after the show — including the group Red Velvet — may help soften perceptions in Seoul ahead of Kim’s planned summit with Trump next month. Kim Jong Un Mingles with K-Pop Stars in Overture to Seoul (Bloomberg – Balance of Power)

Love Trumps Hate in Costa Rica: Pro-gay marriage leader Carlos Alvarado was elected president yesterday in a landslide that confounded polls predicting a win for a conservative preacher who made his name as a journalist and writer of evangelical songs. The novelist and former labor minister, who’ll take office on May 8, pledged in his victory speech to rein in a record fiscal deficit. Costa Rica Elects Pro-Gay Marriage Leader in Surprise Landslide (Bloomberg – Balance of Power) 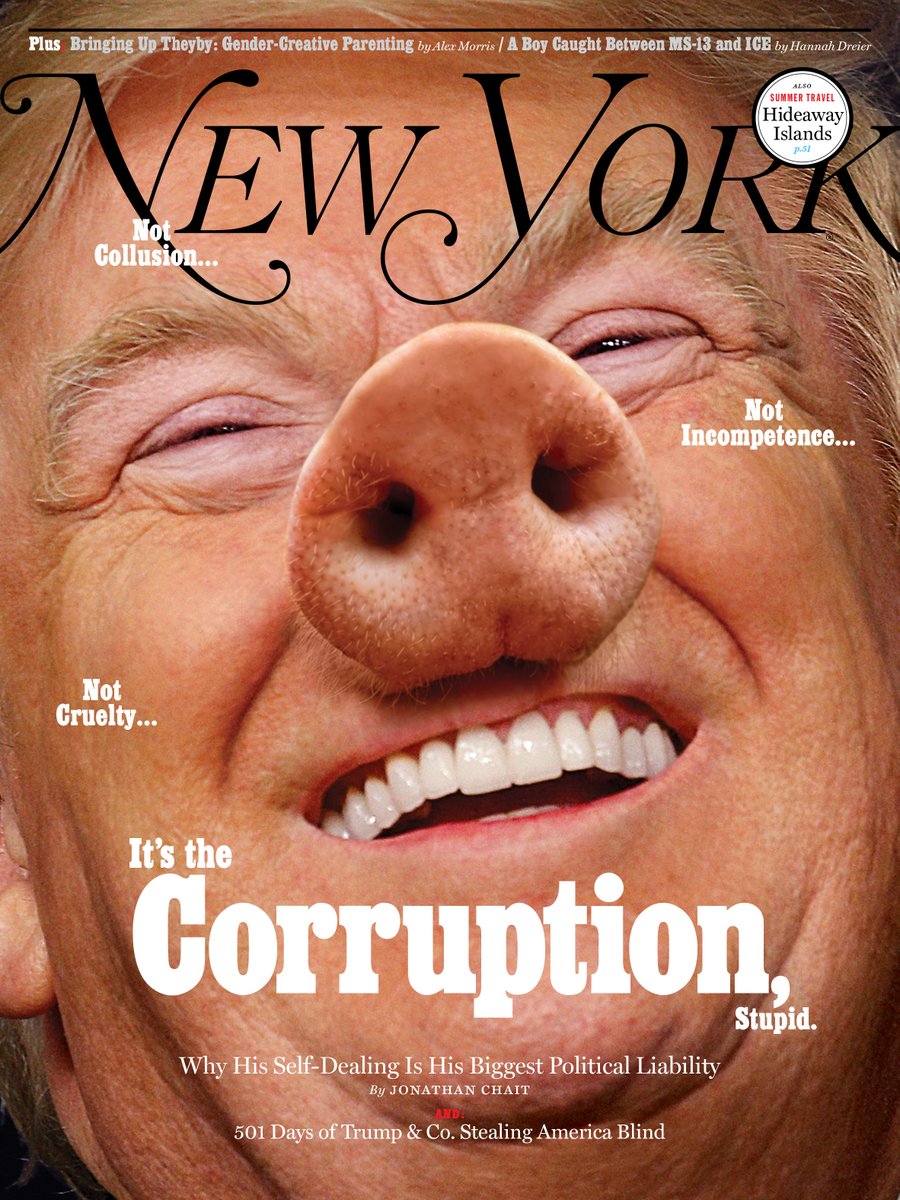 Corruption, Not Russia, is Trump’s Greatest Political Liability (New York magazine)
Instead of draining the swamp, the president is monetizing it. What appears to be an embarrassment of riches for Democrats may in fact be a collection of distractions, and it’s likely that several of Trump’s most outrageous characteristics will fail to move the needle in the states and districts where the needle needs moving, according to Jonathan Chait in this week’s New York magazine.

UN Chief Says Climate Change is the Biggest Threat to Humanity (New York Times)
A week after the World Meteorological Organization reported that a barrage of extreme weather events had made 2017 the costliest year on record for such disasters, with an estimated $320 billion in losses, UN Secretary General António Guterres called climate change “the most systemic threat to humankind”.

A Danger to Democracy: Why Sinclair Made Dozens of Local News Anchors Recite the Same Script (New York Times)
On local news stations across the United States last month, dozens of anchors gave the same speech to their combined millions of viewers. It included a warning about fake news, a promise to report fairly and accurately and a request that viewers go to the station’s website and comment “if you believe our coverage is unfair.” The segments concluded: “This is extremely dangerous to our democracy.”

Don’t Mess with David: Fox News Host to take ‘Easter Break’ from Show Amid Ad Boycott (USA Today)
Fox News Host Laura Ingraham says she’s taking a week off for an Easter break with her family as advertisers continue to pull their support for her show amid backlash over her criticism of school shooting survivor David Hogg.

Liquidity: The One Word Giving Money Managers Headaches in 2018 (Wall Street Journal – subscription)
New SEC rules require mutual-fund managers to give the regulator regular snapshots of their funds’ buckets, but determining liquidity is a complicated task. Some firms, particularly small ones with little or no debt holdings, will have an easier time getting ready for the new rules, but many others have concluded they need an outside firm to help with the new calculations. Managers cited State Street, Bloomberg LP and Intercontinental Exchange Inc. as among those that have emerged as top choices in providing this service to investment firms.

The Independent (UK): Exclusive: Japan says trade deal with EU is a greater priority than deal with UK

I give the guy credit for embracing the whole Tony Stark thing. As a CEO/entrepreneur he has no equal:​

@ElonMusk: Elon was found passed out against a Tesla Model 3, surrounded by “Teslaquilla” bottles, the tracks of dried tears still visible on his cheeks. This is not a forward-looking statement, because, obviously, what’s the point? Happy New Month! 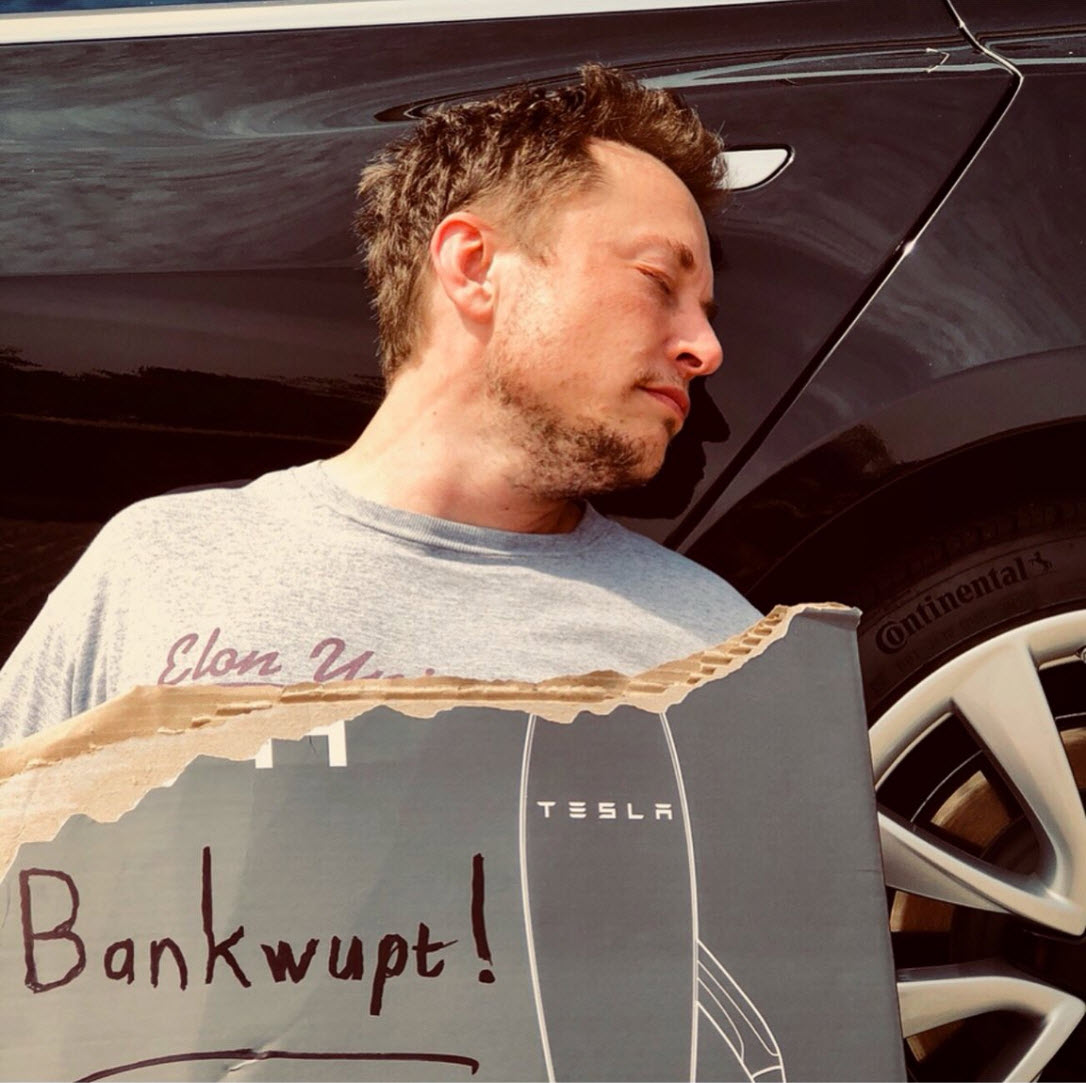 Trump is like, “He’s my doctor, he’s a veteran, I have affairs. It’s perfect.”
— Trevor Noah

“Evidently Trump just hires people he sees around him. We are one delivery away from having Defense Secretary ‘Domino’s guy.’”
— Stephen Colbert

CNET rounded up some of the best pranks here.