Good morning from London where we witnessed the opening of The London Mastaba, a temporary sculpture in Hyde Park, by world-renowned artist Christo. The sculpture, which consists of 7,506 stacked barrels in the Serpentine Lake, will be on view until September 23.

The London Mastaba is the first major work by Christo in the UK, and it coincides with an exhibition at the Serpentine Gallery that is sponsored by Gallery Chairman Mike Bloomberg.

It’s a big day here in sport as well as art as England’s 2018 World Cup gets underway this evening against Tunisia at 7 p.m. (U.K. time). Get your seats at the pub early.

From READ <GO> on the terminal. 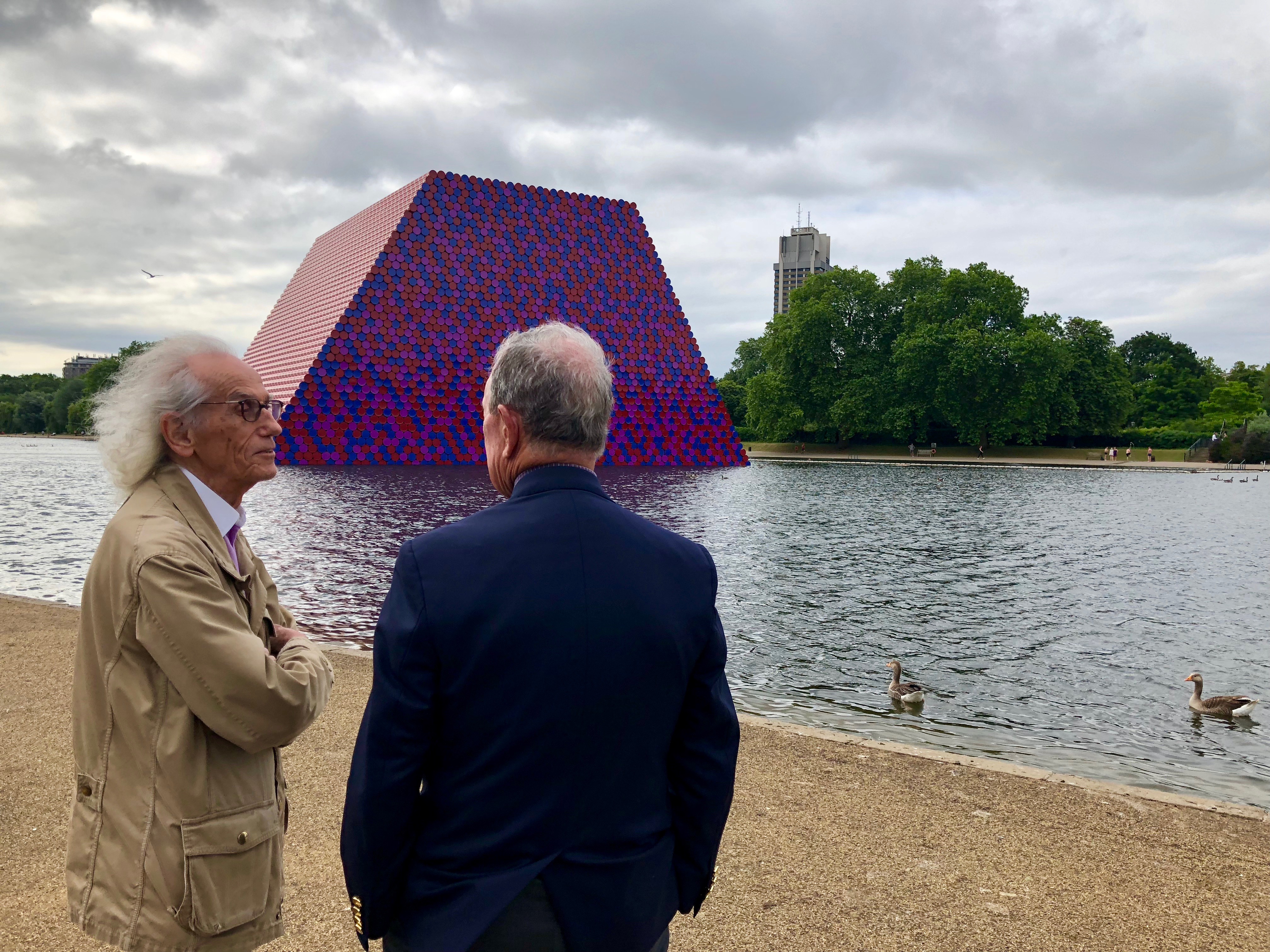 Christo and Mike Bloomberg at The London Mastaba. June 18, 2018.

Review: Serpentine Artwork is a Barrel of Fun (The Times)

Thursday:
-The U.S. Federal Reserve releases the results of its 2018 bank stress tests, conducted as part of the Dodd-Frank Act enacted after the 2008 financial crisis.
-South Korean President Moon Jae-in begins a visit to Russia. Through June 23.
-U.S. Commerce Secretary Wilbur Ross opens the SelectUSA Investment Summit in Washington. Treasury Secretary Steven Mnuchin will talk about tax and regulatory reform. Through June 22.
-The solstice arrives at 6:07 a.m. EDT (10:07 GMT), marking the first day of summer in the Northern Hemisphere and the first day of winter in the Southern Hemisphere.

Friday:
-OPEC ministers and partners meet and will debate whether to restore oil output they halted last year. Iraq, Venezuela and Iran oppose a Saudi proposal to increase supplies. Through June 23 in Vienna.

From NI WEEKAHEAD on your Bloomberg Terminal.

China Daily: China forced to fight back with reciprocal tariffs

“[Kim Jong Un] does this one bit, so funny, where he will throw three generations of your family in jail if you’re listening to a radio that’s not on the government station.”

“A judge said they should ‘lock him up, lock him up.’ Even worse news, Kim Kardashian is not taking his calls, so how is he going to get a pardon?”

“They were funnelling money to some of the least deserving charities in the world. Doctors Without Bordeaux, that’s not a real charity. St. Barth’s Childrens Hospital, that’s ridiculous.”