Italy Blames Europe: The shockwave from Europe’s refugee crisis continues to reverberate two years after its peak. Italy became the latest country to enter political gridlock yesterday as voters abandoned the mainstream in favor of anti-establishment parties. Will Italy become the next global political circus?

Bloomberg QuickTake: What is the Five Star Movement?

And a Quiz: Can you tell who said it: Trump or Berlusconi? (Bloomberg)

Bibi at White House Today: Israeli Prime Minister Benjamin Netanyahu’s visit with Trump today will give him a chance to divert attention from a widening corruption probe and trumpet successes such as winning U.S. recognition of Jerusalem as Israel’s capital. Netanyahu Tries to Leave Graft Charges Behind as He Visits Trump (Bloomberg)

The National People’s Congress Kicks Off in Beijing: Ahead of the Congress, China released its 2018 growth target of “around 6.5%”, and lowered its budget deficit target of 2.6 percent of GDP from 3%. China Keeps Growth Target Steady (Bloomberg)

Guten Tag: For our German readers, Franfurter Allgemeine yesterday published an interview with Mike Bloomberg where he talked about trade and his philanthropic efforts around gun safety and anti-smoking initiatives. On trade, he said “US economists and business leaders are almost universally against trade wars for good reason: they harm American workers and consumers. It’s a completely misguided idea that will backfire on us – and hurt our allies and the global economy too.” Trump ist ein Angeber (Frankfurter Allgemeine – subscription) 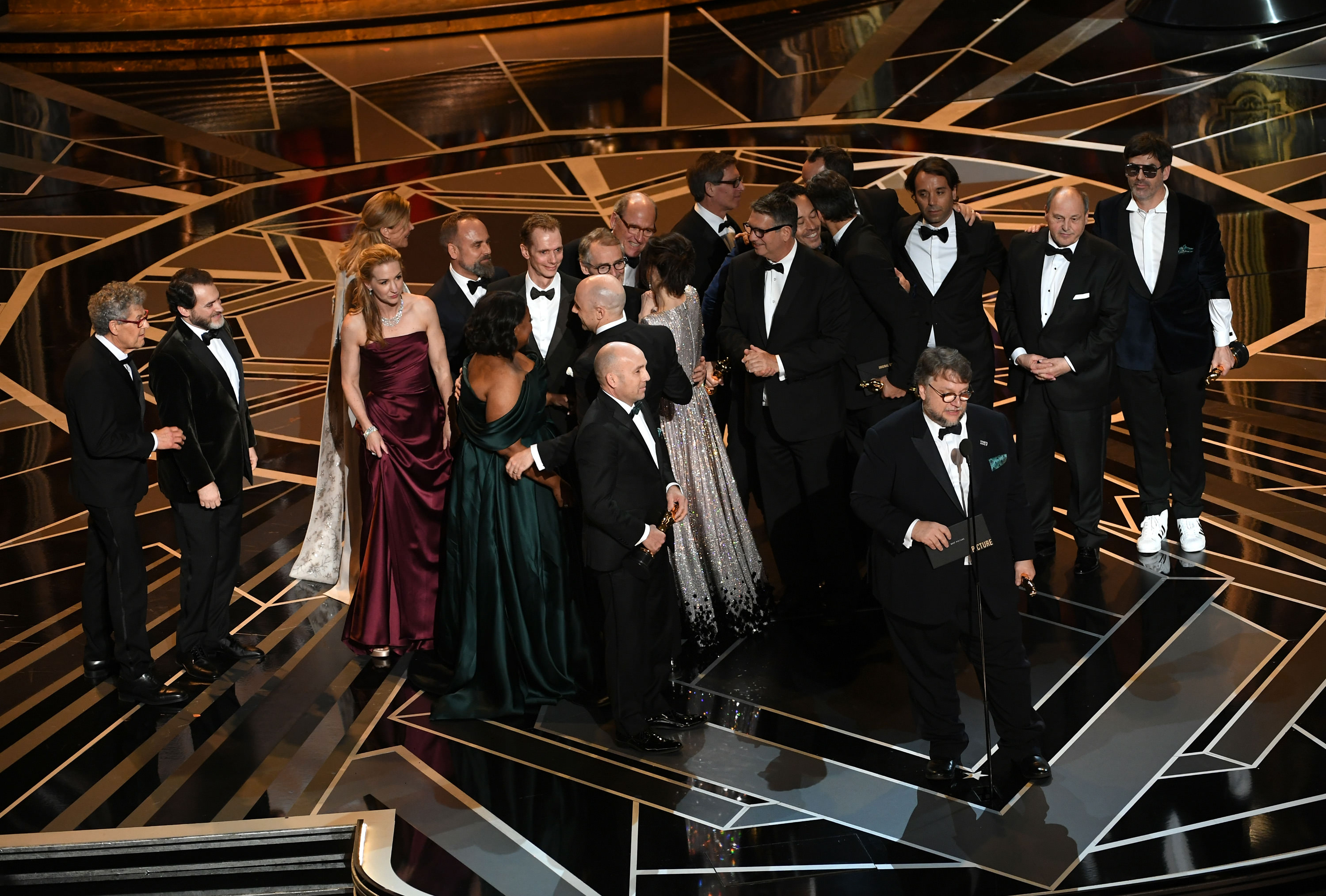 The cast and crew of “The Shape of Water” accept Best Picture during the 90th Annual Academy Awards. (Photographer: Kevin Winter/Getty Images)

Shape of Water was one of the few movies I saw this year, a fun film, but Best Picture? Really? Are critics that starved for something different? Leave it to Jimmy Kimmel to sum it up: “We will remember this year as the year men screwed up so badly, women started dating fish.”

Times of India: Holi is about happiness, and now it has got global visibility, says Pharrell Williams

El Financiero: Coco wins the Oscar ‘thanks to Mexico and its wonderful culture’

Brought to you in the President’s own words: On Saturday, President Trump spoke at the annual Gridiron Club dinner in Washington. The Gridiron Club is an elite group of 65 top Washington journalists, and Presidents since William McKinley have dutifully attended the Gridiron’s formal clambake.

Some of the best lines from Trump:

“I offered [Jeff Sessions] a ride over and he recused himself”

“I’m very excited to receive the invitation to come here and ruin your evening.”

“I won’t rule out talks with Kim Jong-un. As far as risks with talking with a mad man — that’s his concern; not mine.”

​”Before I get started, I wanted to apologize for arriving a little bit late. You know, we’re late tonight because Jared could not get through the security.”
And finally, Alec Baldwin returned to Saturday Night Live to open the show as President Trump, saying “I said I was going to run this country like a business. That business is a Waffle House at 2 a.m.”. Watch here.