The U.S. and China declared a truce in their trade dispute over the weekend, but that will prove temporary if the world’s two largest economies fail to deliver on their vague commitments to re-balance trade. “We’re putting the trade war on hold,” Treasury Secretary Steven Mnuchin said Sunday after the two sides released a joint statement a day earlier. “Right now, we have agreed to put the tariffs on hold while we execute the framework.”

Most Shared on the Bloomberg Terminal (Last 24 Hours):
U.S.-China Truce May Not Last with Differences Unresolved
(Bloomberg) 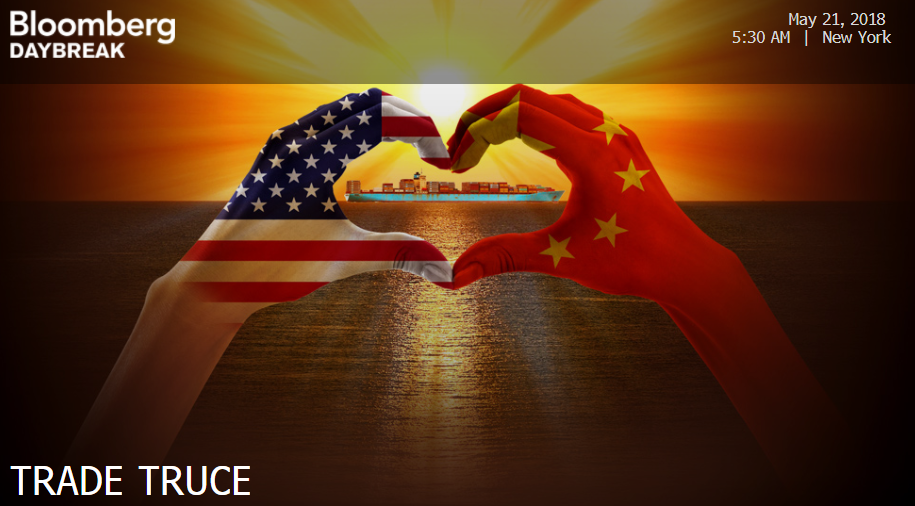 Quote of the Day: “A Model 3 with a $35,000 price will be the rarest of the rare,” said Kevin Tynan, a Bloomberg Intelligence analyst. “Perhaps the second most collectible Tesla ever, behind the one floating around in space.”

Poorer Countries ‘Could Gain $350 Billion’ by Tackling Chronic Diseases (Public Finance International)
Michael Bloomberg, World Health Organization’s global ambassador for noncommunicable diseases, said: “NDC’s impose huge economic costs that fall heaviest on the low-and middle-income countries that can least afford them. This report makes the case for bold action against NDCs from a business perspective, and it outlines some of the most effective ways to reduce their toll, which can help to direct more resources where they are needed the most.”

It’s Official!: Swanky Chinese Restaurant Hutong Coming to 731 Lexington (The Real Deal)
The restaurant will be modeled after Hutong, which occupies the 33rd floor of the Shard tower in London, and will occupy the space formerly occupied by Le Cirque.

Tuesday:
Next round of Brexit negotiations begins in Brussels, with the Irish border the most important issue to be resolvbed before a summit in June
South Korean President Moon Jae-in visits Donald Trump at the White House
Mark Zuckerberg to be questioned by European Parliament on personal data in Brussels
Bloomberg Live’s Sooner Than You Think conference begins in Paris
SpaceX’s Falcon 9 to launch from California

Source: From NI WEEKAHEAD <GO> on your Bloomberg Terminal.

The Telegraph (UK): Meghan Markle to fight for feminism: New Duchess of Sussex given palace blessing to champion women’s rights

The Trump administration met ‘The Sopranos’ in Saturday Night Live’s cold open this weekend, and Tina Fey brought back Sarah Palin for a musical number that reunited some of the season’s Trump White House characters.