One thing to consider today.

One less steady hand in D.C. U.S. House Speaker Paul Ryan announced yesterday he would not seek reelection. This is from an insider in D.C.: “The current public plan is for the Speaker is to remain through November. It will be difficult to be a lame duck Speaker leading members into tough votes when his name isn’t on the ballot in November. Based on our knowledge of this conference, it will be difficult to lead them for the next six to eight months. Finally, the Speaker was a fundraising juggernaut but as a lame duck Speaker he will not be able to raise the money he was once able to do. We would not be surprised if leadership elections were held in the near future.”

China Says It Has a Detailed Plan to Hit Back at U.S. on Tariffs (Bloomberg)

War! Okay, Not War! President Donald Trump said an attack on Syria could come “very soon, or not soon at all,” just as Russian leaders urged calm and reined in their own war rhetoric. The president said Thursday on Twitter that he “never said when an attack on Syria would take place.” The comment came roughly 24 hours after warning Russia to “get ready” for a missile attack on its ally. Trump Walks Back Timing on Syria Attack While Russia Urges Calm (Bloomberg)

Front pages from both sides of the pond. 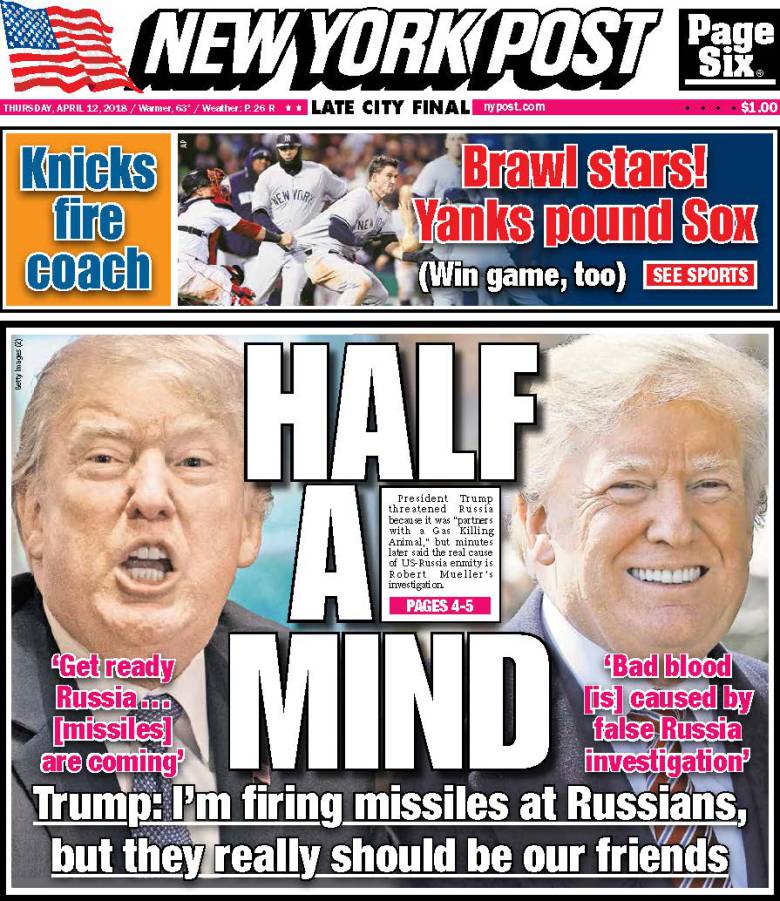 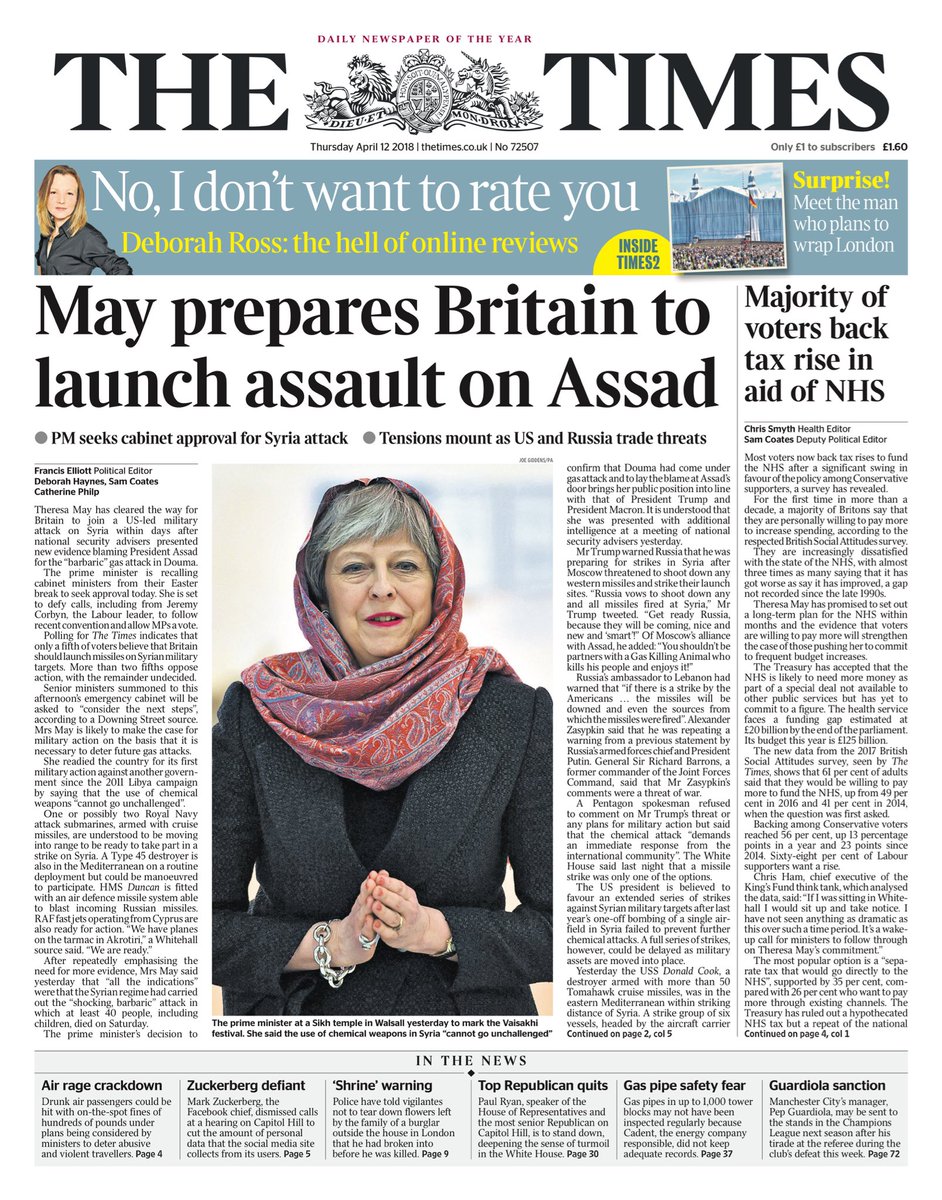 Wait until you see what Google has: I Downloaded the Information that Facebook Has on Me. Yikes. (New York Times) (hat tip: check out your Google Timeline)

Bloomberg Impact: Bloomberg believes sustainable business is good business. As our chairman Peter Grauer points out in a letter to employees, 2017 was a year when the company opened the most sustainably-designed office building in the world, added more LEED-certified offices, and continued to reduce our carbon emissions. It was also a year in which Mike became one of the world’s leading voices on climate change and helped rally nearly 500 U.S. cities and nearly 2,000 businesses to ensure the U.S. meets the emissions reduction goals of the Paris Climate Agreement.

Read Mike’s opening letter in the report here and the full report here.

The Telegraph: Donald Trump appears to backtrack on Syria strikes after talks with Russia on ‘crisis hotline’

China Daily: Trump will realize folly after tasting bitter fruit of the seed he has sown

The National (UAE): Saudi intercepts a Houthi missile over Riyadh

“Paul Ryan is retiring. He said that after 20 years in Congress, it’s time to let someone else get nothing done.”
— Jimmy Fallon

“What? Working with President Trump is frustrating? That’s not what the last 30 people who quit said!”
— Stephen Colbert

“Yes, Republicans are with you, Paul. And by ‘with you,’ they mean leaving office in November.”
— Stephen Colbert

“According to reports, Facebook founder Mark Zuckerberg sat on a four-inch cushion to boost his height during his Senate testimony yesterday. Said Zuckerberg, ‘Oh no, that’s my wallet.’”
— Seth Meyers

“Here in the State of California, you know we legalized recreational marijuana at the beginning of the year, but so far it has generated 13 percent less tax revenue than they expected. So this morning our governor, Jerry Brown, declared a state of emergency and extended Coachella for two days.”
— Jimmy Kimmel

“A 112-year-old man in Japan was just named the world’s oldest man. He’s very happy, he said he’ll remember this moment for the rest of this week.”
— Jimmy Fallon