Good morning from my hometown of Washington, DC.

Optimist observation of the day: It is now more or less taken for granted that solar panels are getting cheaper and cheaper, and now we are seeing a similar revolution in electric buses.

Based on current cost trends and Bloomberg New Energy Finance (BNEF) calculations, total cost of ownership for electric buses will be lower than for diesel buses in almost every city, under almost every foreseeable circumstance, within two or three years.

Mike Bloomberg: Environmentally-Friendly Policies are Good for the Bottom Line (BNN TV – Canada)
Mike was in Toronto on Tuesday to attend an event with Ontario Premier Kathleen Wynne and federal Environment Minister Catherine McKenna to boost support for increased corporate disclosure about corporate climate risk. Bloomberg sat down with BNN TV’s Amanda Lang to discuss his support for environmental causes, political ambitions and the upcoming launch of BNN Bloomberg in Canada. 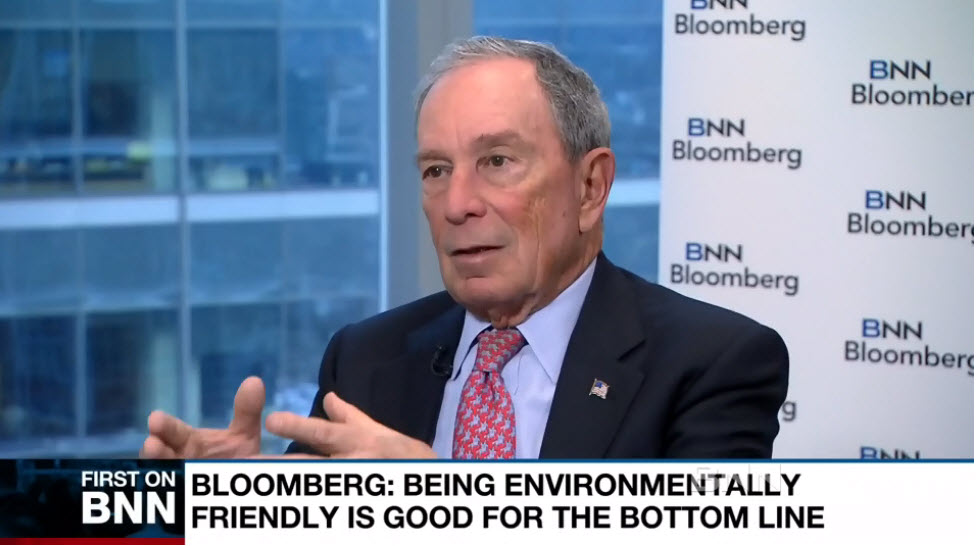 Bloomberg London:
Workplace of the Year. 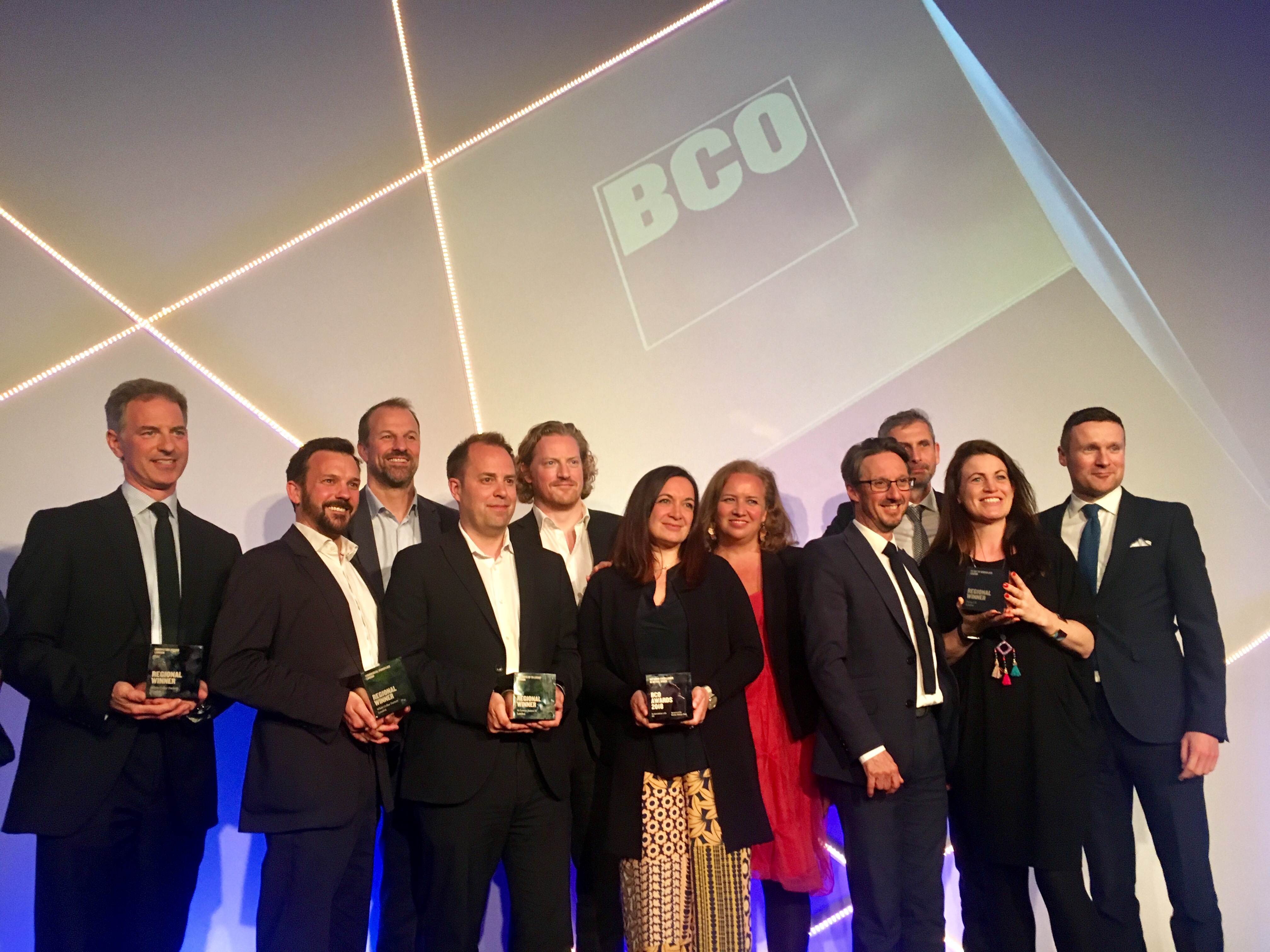 Bloomberg Named Corporate Workplace of the Year at British Council for Offices London Awards 2018 (Bloomberg press announcement)
The award, which was accepted by Catriona Henderson, Head of Facilities for Bloomberg EMEA and Simona Bencini, Partner & Architect, Foster + Partners, was judged by a panel of industry experts from the engineering, property, architecture, construction and design sectors who praised the Bloomberg project for “taking office building sustainability to unmatched levels of excellence.” It’s one of a recent string of awards and recognitions that Bloomberg London has received for its sustainable design.

Bloomberg London Today: In a keynote address at Bloomberg’s London headquarters today, UK Shadow Chancellor John McDonnell said: “What we are offering is a new start in the relationship between Labour and the finance sector.” John McDonnell Offers ‘New Start’ for U.K. Banks if Labour Wins Power (Bloomberg)

Bloomberg London Yesterday: Ramaphosa Eyes Incentives to Lure $100 Billion to South Africa (Bloomberg)
President Cyril Ramaphosa brought his roadshow touting a “new dawn” in South Africa to London, meeting Prime Minister Theresa May and Queen Elizabeth II. In a speech at Bloomberg’s London headquarters and in an interview with Bloomberg TV’s Guy Johnson, Ramaphosa laid out how he’s fighting the mismanagement and corruption and urging new investment in South Africa. 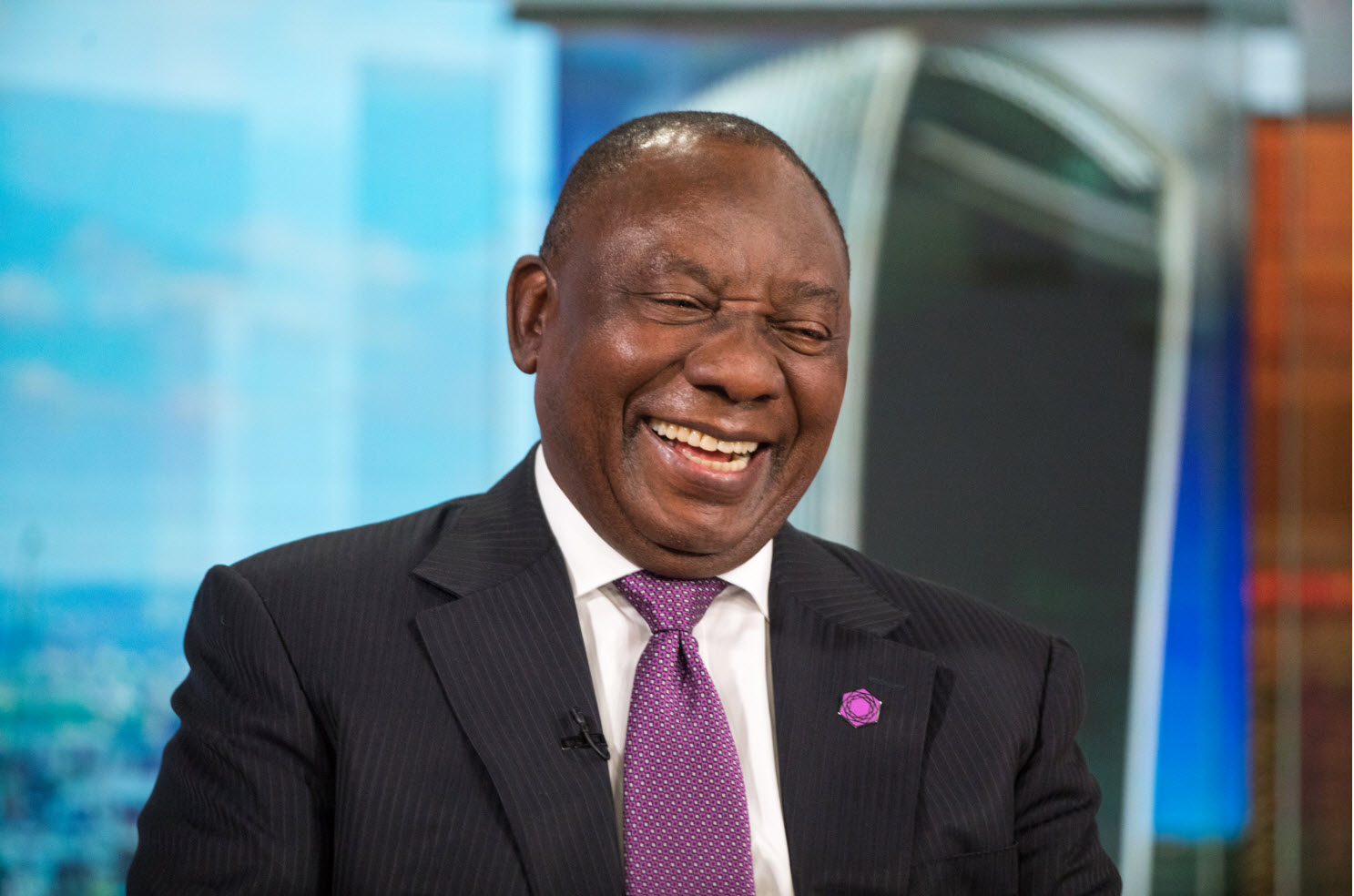 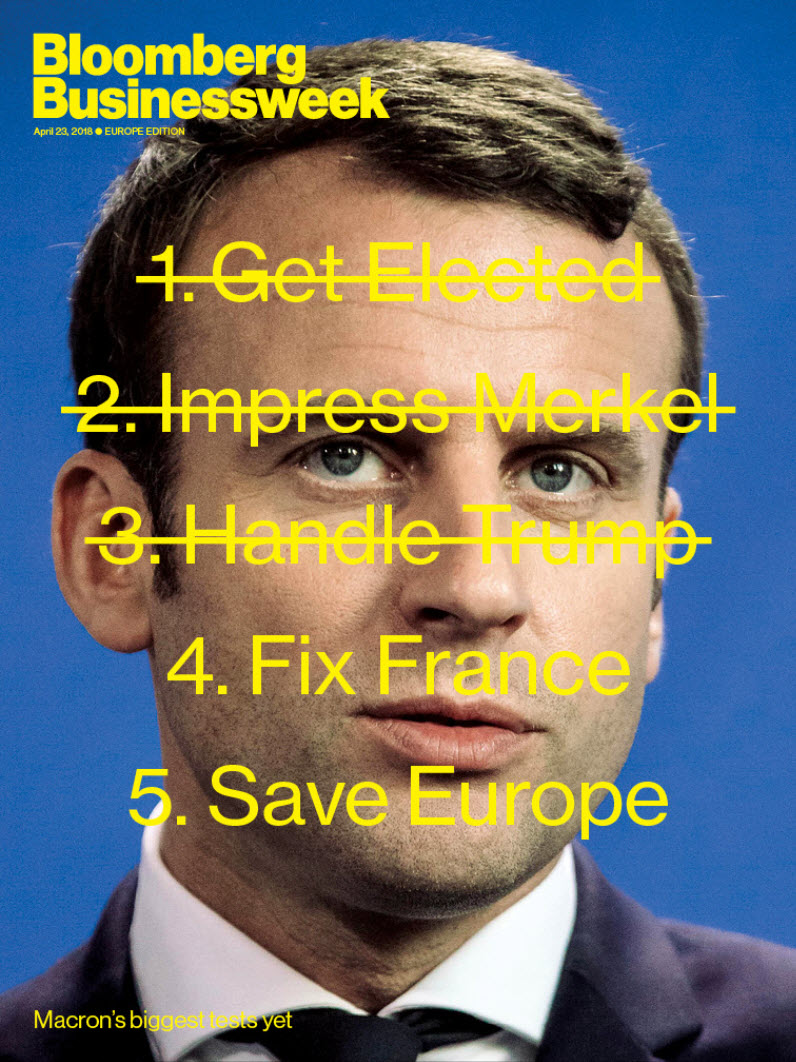 Emmanuel Macron Wants to Save Europe. He’ll Need to Save France First (Bloomberg Businessweek)
Whether his fellow Europeans like it or not, the push to avert tariffs and their hopes of saving the Iran deal rests mainly on Macron. The French president heads to Washington next week in hopes of gaining support for his ambitious agenda.

@MikeBloomberg: Glad to be in Canada today to celebrate the launch of BNN Bloomberg, our new partnership with Bell Media that will help bring more of the best business news to audiences in Canada across TV, radio, and digital starting April 30th. https://mikebloom.bg/2HbOG2c

@MikeBloomberg: Too often, family income determines a child’s chances of attending a top college. The American Talent Initiative is aimed at fixing that, and the program’s momentum is building: 100 schools have committed to enrolling talented lower-income students. https://mikebloom.bg/2qI7Qlf

“I want to get to the most important story of the week – Beychella. Literally the best live performance that has ever happened. I’ve already made my wardrobe department make me one of every outfit.”
— Samantha Bee

“His whole show is just an hourlong list of lies and conspiracy theories, but people think it’s news because he doesn’t sweat as much as Alex Jones [of Infowars], and because he’s on a channel that calls itself ‘News.’”
— Samantha Bee

“I can’t believe Trump kept something this big secret! How did he do it? I mean, the only possible explanation is that Michael Cohen paid him $130,000 to stay quiet about it.”
— Stephen Colbert