Most Read on the Bloomberg Terminal:
Dimon Sees Growth Opportunities All Over, ‘Even in Fixed Income’
(Bloomberg)

Most Emailed on the Bloomberg Terminal:
Surfin’ the Debt Wave: How California Became Home to Bond Kings
(Bloomberg)

Markets Bounce Back after White House Backs Down: The White House’s National Economic Council Director Larry Kudlow was on a mission to calm markets yesterday following the global selloff in the wake of China’s response to U.S. proposed tariffs. “Remember, none of the tariffs have been put in place yet,” he said in a Bloomberg News interview, emphasizing that it would take at least two months before any action is taken on what are still only proposals. Kudlow Says Trump’s China Tariffs are Just Proposals Right Now (Bloomberg)

China Tariffs Could Wreck Republicans in November: Pain from a trade war could hit Midwestern states with pivotal Senate and gubernatorial races in 2018. Political experts say the economic impact of Chinese tariffs on farmers may play out at the ballot box in November. “The farm community is a pretty powerful voting bloc,” said Jennifer Duffy, who follows Senate and governors races for the nonpartisan Cook Political Report. “If they are unhappy, they turn out in big numbers and can really change things in a hurry.” (Bloomberg) 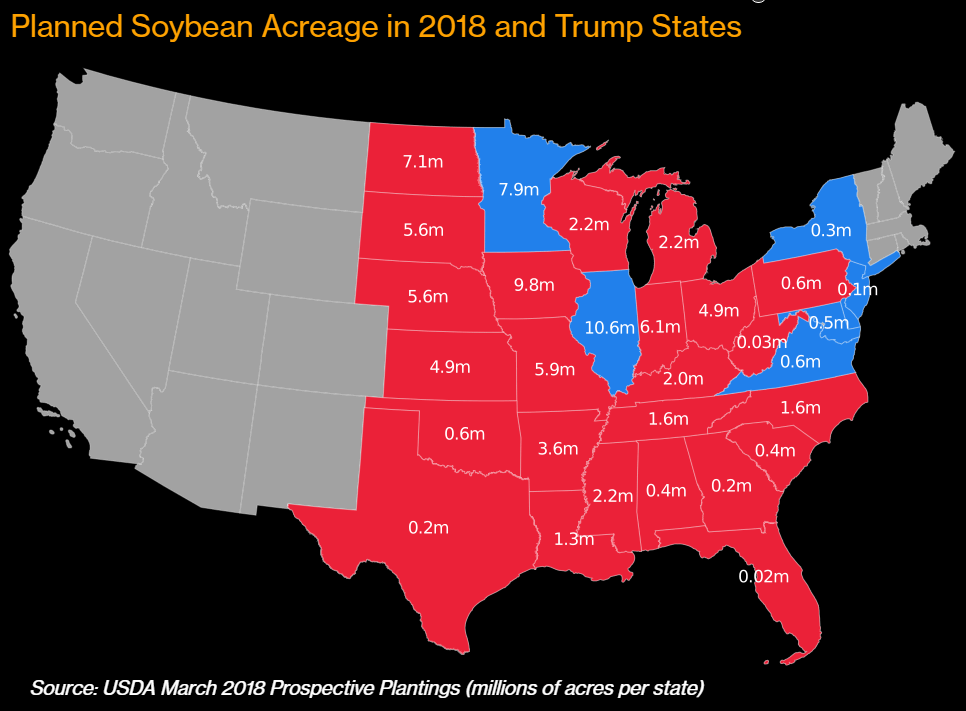 The Soybean Vote: In the 2016 election, Trump won eight of the 10 states with the largest soybean acreage, all of them in the Midwest. Many of those same states are now host to some of the country’s closest races for Senate (Missouri, Indiana, North Dakota) and governor (Ohio, Michigan, Iowa, Minnesota). (Bloomberg)

Facebook Rallies After Zuckerberg Signals Muted Impact from Data Crisis (Bloomberg)
Facebook spent much of Wednesday outlining ways that the privacy of its 2 billion users might have been compromised for years by the company’s lax data policies, and the shares rallied anyway after Zuck stoked optimism that the drumbeat of bad news may be coming to an end.

Penny Pritzker and Carlos Gutierrez in Bloomberg View: U.S. Census is Not About Citizenship: Government and Business Depend on a Complete and Accurate Count of Who Lives in the Country (Bloomberg View) 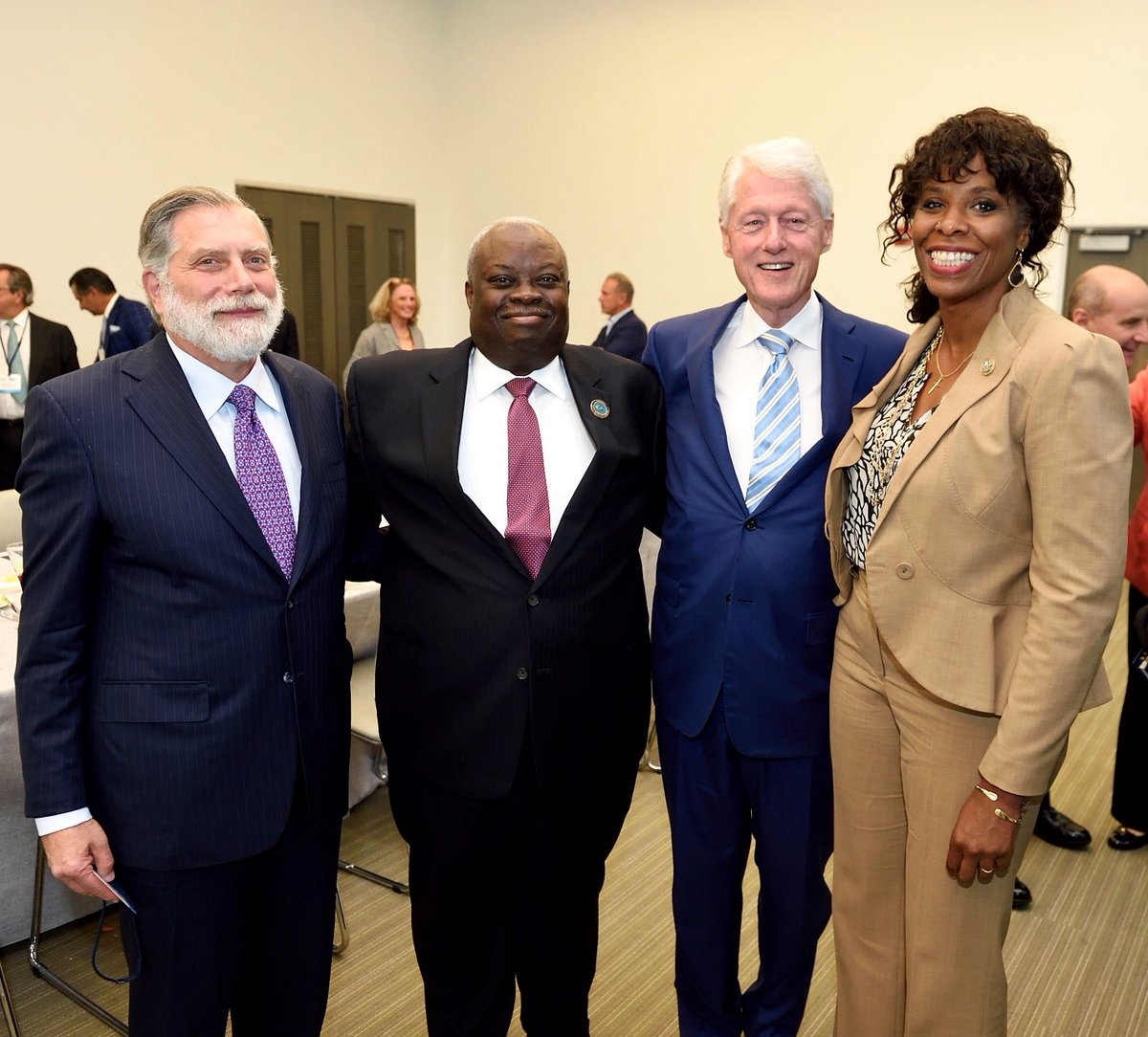 “The makers of Pokémon Go have announced that they will use the app to reward players for walking around and picking up garbage on Earth Day. While the makers of Tinder have always encouraged people to pick up garbage.”
— Seth Meyers

“Six of Trump’s cabinet members have been questioned about improper spending. Trump was shocked. He said, ‘I still have six cabinet members? How’s that possible?’”
— Jimmy Fallon

“After Trump attacked Amazon on Twitter, their stock fell by 5 percent. It’s all part of Trump’s plan to get Amazon’s stock to match his approval rating.”
— Jimmy Fallon

“This is when I appreciate Twitter: It used to be, if you wanted to hear a 71-year-old man whining about the post office, you had to go to the post office.”
— Seth Meyers