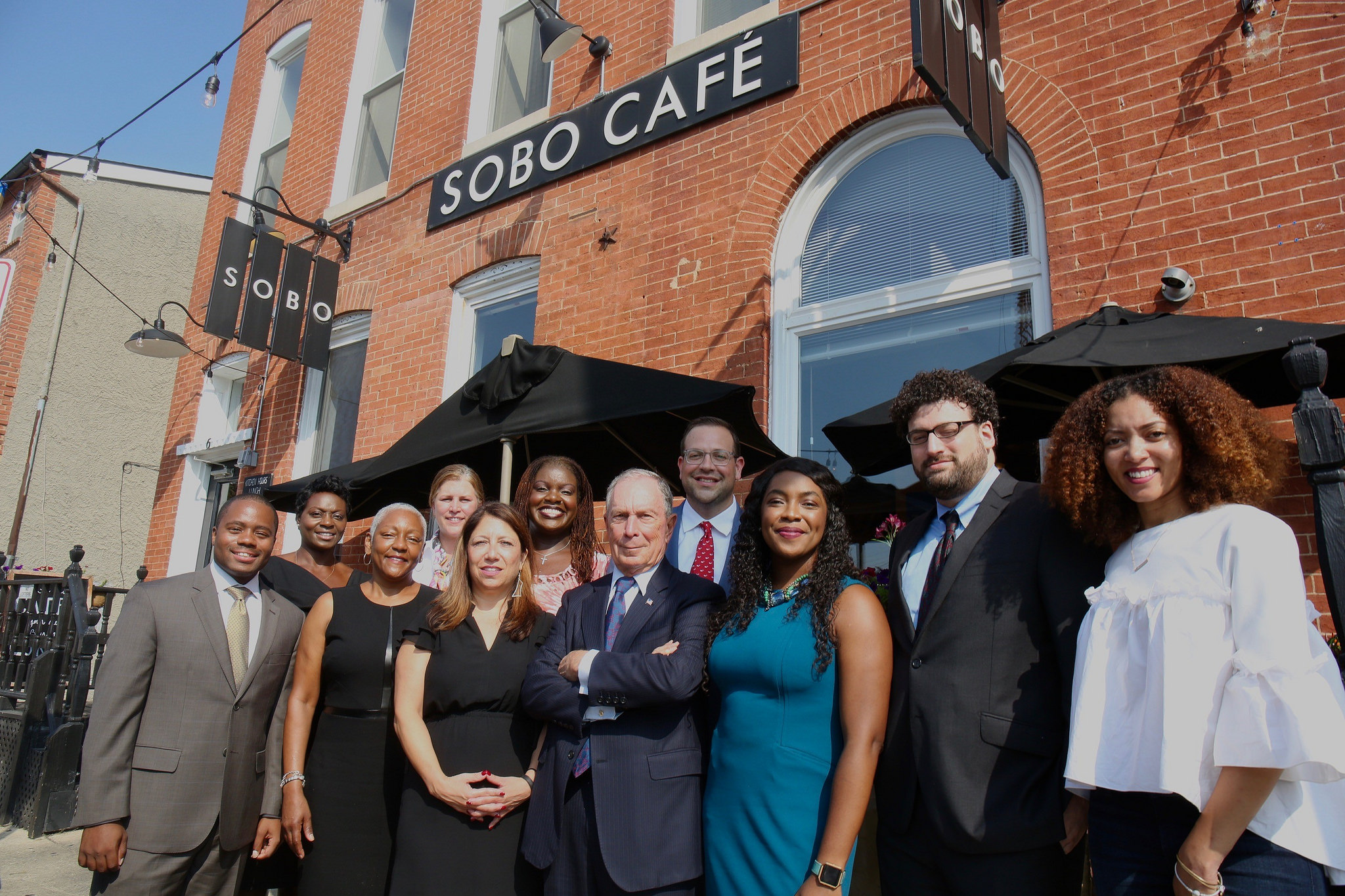 Mike Bloomberg tweeted: Glad to meet with alumni from @10KSB_Baltimore today. Every day is an opportunity to grow when you’re leading a small business, and with the support of this program, these entrepreneurs are helping to build a strong future for this city and our country.

Hot on the Bloomberg (Most read story – last hour):
BlackRock’s Decade: How the Crash Forged a $6.3 Trillion Giant

Not Again!: Why U.S.-North Korea Nuclear Talks Have Stalled: Kim Jong-Un Has Agreed to Little (Bloomberg)

The 5 Most Intense Moments From the Cynthia Nixon-Andrew Cuomo Debate Last Night (New York magazine)
In a July profile in the New York Times, Nixon said she wouldn’t be running if Michael Bloomberg was governor. She got the chance to elaborate on it during tonight’s debate. As Cuomo was talking about how Bloomberg is responsible for the Republican senate, he pointed out Nixon’s previous comments. She immediately cut in with: “I did not say I would support him for governor, I said I would not run against him because he is not corrupt like you are.” Audible woahhhs from the crowd followed.

McCain’s 2008 Running Mate Sarah Palin Is Not Invited to His Funeral (People.com)

Arriving Soon: Fly to Sydney Non-Stop from New York or London: The 20-Hour Flight Is Coming – And It May Have a Gym and Sleeping Bunks (Bloomberg)

The Guardian (UK): Government to Ban Energy Drink Sales to Children in England

The National: Qatar Quadrupled Spending on US Lobbying in 2017 and Created List of 250 People to Influence Trump

“Yesterday President Trump said Google is biased against him. He said for example, when I Google ‘Trump’, ‘Crime boss’ and ‘Impeachment’, it brings up results for Trump, Crime Boss and Impeachment! He expects loyalty from algorythms.”