The U.S. president’s abrupt decision to call home American troops sets Putin up as the pivotal figure in resolving the Syrian war and strengthens his hand across the Middle East. Trump’s declaration fulfills a long-standing Russian demand for a U.S. withdrawal from Syria.

Putin bet big in Syria, sending in air forces to save President Bashar al-Assad from defeat by U.S.-backed rebels. The U.S. went from “Assad must go” to a demand under Trump for Iranian forces that also back the Syrian leader to leave the country. Now the U.S. is exiting with neither goal achieved.

Russia has forged an alliance with Turkey and Iran to decide Syria’s fate. Turkey already plans offensives against Kurdish fighters in northern Syria that it regards as “terrorists.”

Putin followed up his Syrian gambit by striking an oil partnership with Saudi Arabia and cultivating Egypt’s strongman ruler. With the U.S. all but absent, he’s made Russia the power broker in deciding on a potential new leader for Libya.

As Trump boasts of “historic victories” over Islamic State as reason to leave Syria, to the shock of his own advisers, it’s Putin who can be satisfied at the success of his mission to restore Russia’s Soviet-era influence in the Middle East.

Russia Investigation Exclusive: Robert Mueller to Save Trump for Later as Prosecutor Readies Next Steps (Bloomberg)

Charlotte this week rolled out a plan to dramatically lower the city’s carbon emissions, and the effort got a big boost Wednesday from billionaire philanthropist Michael Bloomberg.

The city’s plan, announced by Mayor Vi Lyles, commits Charlotte to emitting nearly zero carbon from its buildings and vehicle fleet by 2030 and lowering the per-capita carbon emissions from Charlotteans by a factor of six. The award announced by Bloomberg will give the city up to $2.5 million for planning and projects such as putting solar panels on roofs of Charlotte Fire Department buildings and adding more electric vehicles to the city’s fleet. 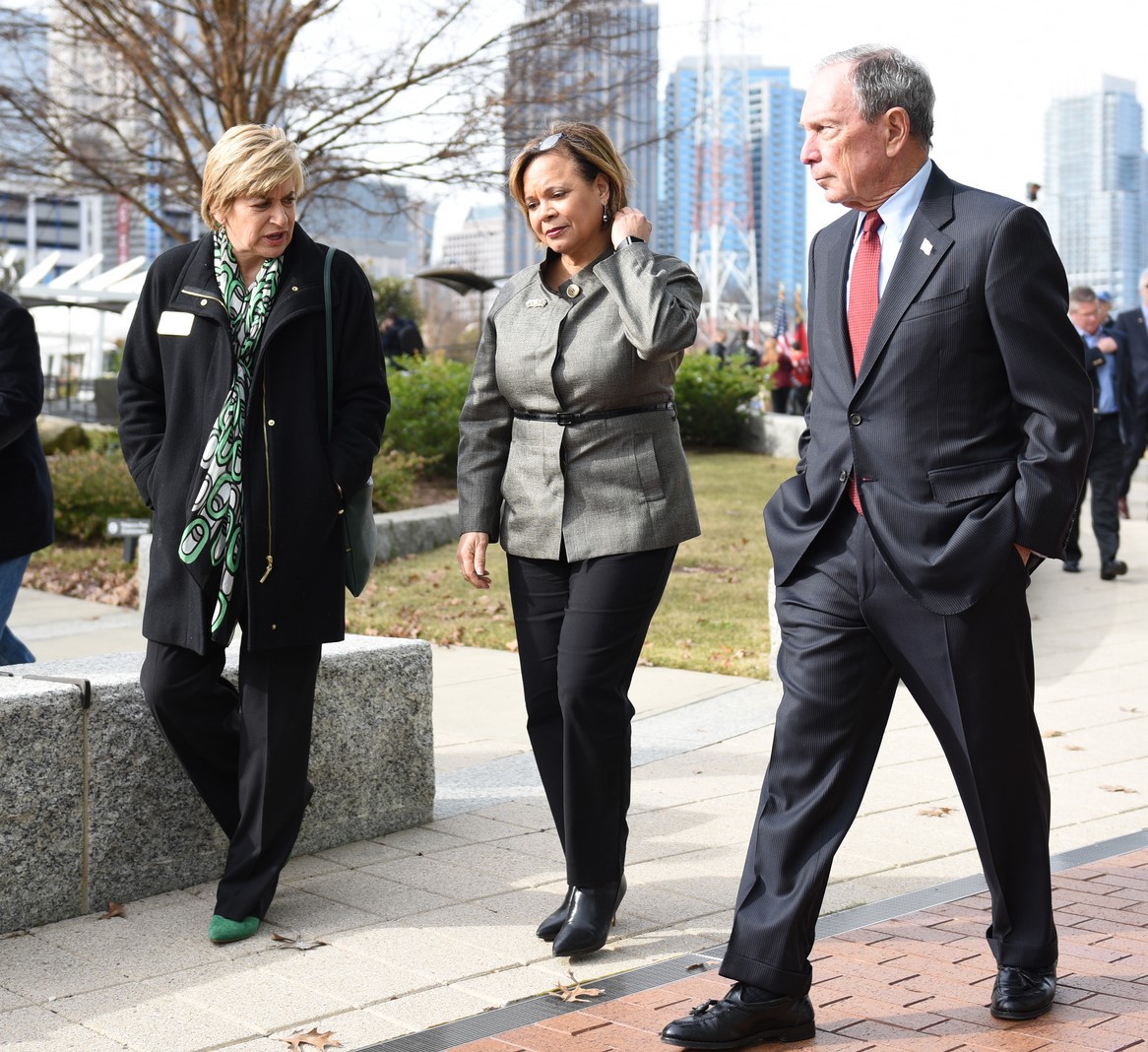 Mike Bloomberg in Charlotte, North Carolina with Mayor Vi Lyles on Dec. 19, 2018 to announce Charlotte’s win in the Bloomberg Philanthropies Climate Challenge. He also visited Moms Demand Action volunteers to thank them for their leadership and say “State by state, we’re making progress to pass laws that will save lives.” See more photos from the visit on here.

How A Zero-Emission Future Works Financially: Investors Aren’t Dismayed by Elon Musk’s Antics (Bloomberg Opinion – Matt Winkler) Tesla is the one car company on earth that’s setting sales records and outperforming the equity market. The other automakers? Not so much.

Media News: Bloomberg Is Expanding TicToc Social News Network Beyond Twitter, After Hitting Year-One Goals (Variety)
“The aspiration is to be the news network for the next generation,” said TicToc general manager Jean Ellen Cowgill. The service is capturing followers among “the new guard of business leaders around the world” in their 20s and 30s,” she said.

“You guys, it’s the holiday season and everyone is in the giving spirit. In fact, Facebook just gave away all of your private information. Isn’t that nice?”
— Jimmy Fallon

“It just came out that they were letting companies like Netflix read your private Facebook messages. Which explains why Netflix doesn’t just ask, ‘Are you still watching?’ It also asks, ‘Are you and Stacey going to work things out?’”
— Jimmy Fallon