It’s not the coming home most people had in mind. With England football fans nursing the pain of World Cup semi-final defeat, U.S. President Donald Trump, whose mother was Scottish, begins a U.K. visit today laced with political tensions.

Trump, fresh from upending the NATO summit by floating the idea of the U.S. “going it alone” on security matters if his demands weren’t met, didn’t endear himself to Prime Minister Theresa May by saying earlier in the week that he expects to find the U.K. in “turmoil” over Brexit.

Amid threatened mass protests (with police bracing for 100,000 protesters), including with a giant balloon of Trump as a diaper-clad infant, his hosts have choreographed the visit to keep the president out of London. He’ll take tea with Queen Elizabeth II at Windsor Castle, meet with May at the premier’s country estate and visit Winston Churchill’s ancestral home. May will try to find the right time to urge Trump against making concessions to Russian President Vladimir Putin at their Helsinki summit on Monday.

Mostly, though, she’ll likely be happy if the visit passes without incident before Trump spends the weekend at his Scottish golf resort, pursued by the baby blimp. 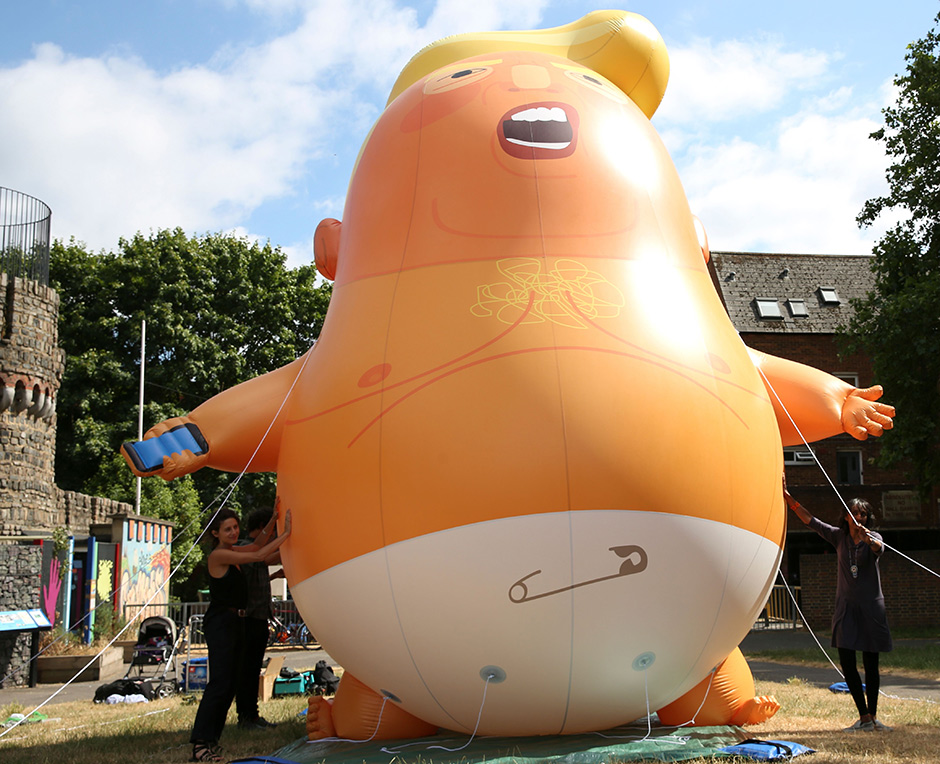 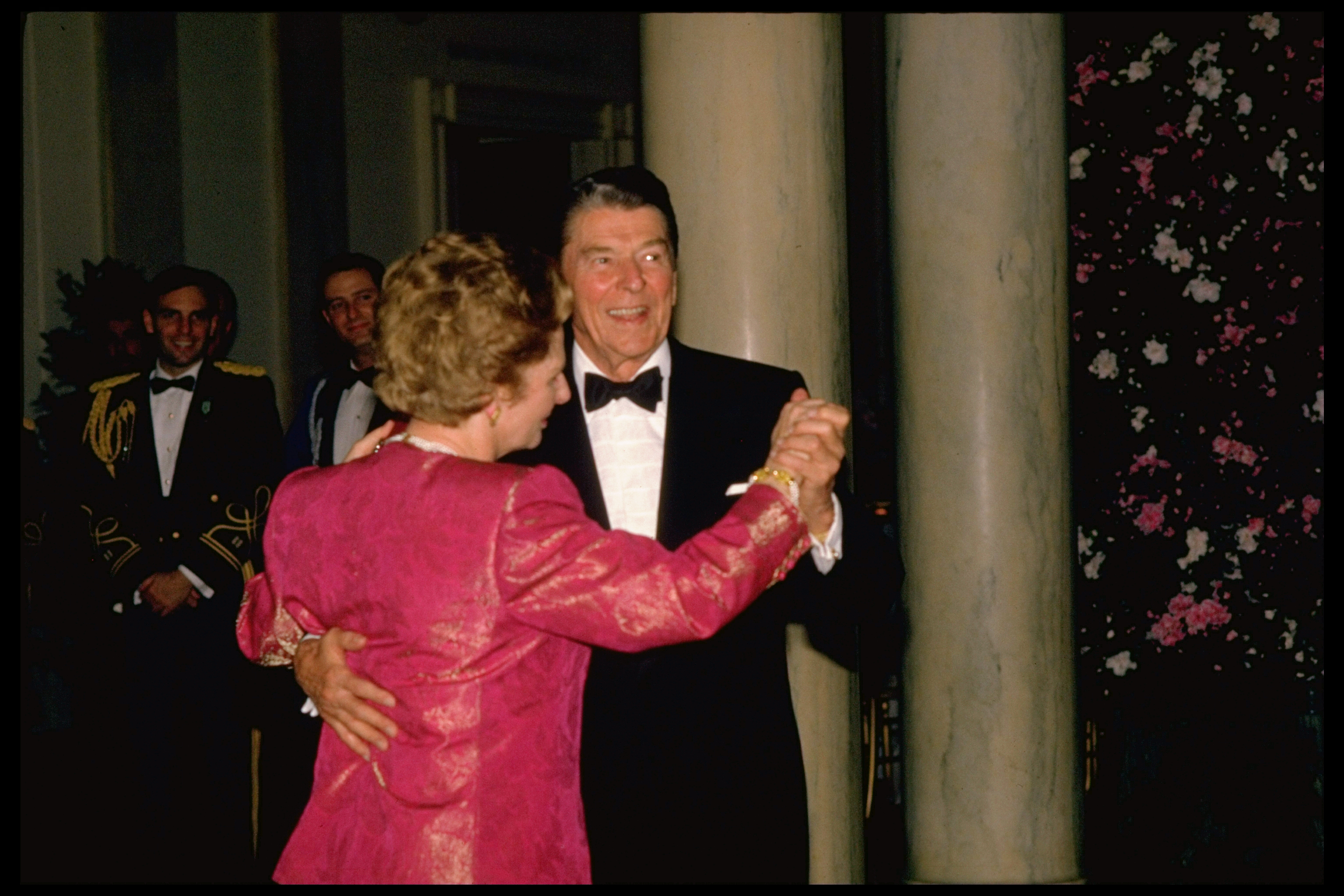 That Special Relationship: Ronald Reagan dances with Margaret Thatcher during a ball at the White House in 1988.  Credit: Getty Images

Future of Transit: Flying Trains Could Be Coming Your Way (Bloomberg)

On President Trump’s visit to Europe:

“As The New York Times put it, ‘Mr. Trump kicked off his meetings on a contentious note.’ Contentious is his only note! He’s a human air horn.”
— Stephen Colbert

“Now, I’m not ready to say that our president is a Russian agent, but I have an agent — and he doesn’t do as much for me as Trump does for Russia.”
— Stephen Colbert

“On his trip to Great Britain, President Trump is going to meet Queen Elizabeth. Yeah, he’s going to ask the queen about Brexit, immigration and how to stay in power for 60 years.”
— Conan O’Brien