U.K. – Russia Alert: Russian President Vladimir Putin is preparing to retaliate against the U.K. after Prime Minister Theresa May threw out 23 diplomats over the poisoning of a former spy and his daughter on British soil. Russia will “certainly” expel British diplomats soon in response, Foreign Minister Sergei Lavrov said in Moscow. Putin Prepares to Hit Back at U.K. for Spy-Poisoning Expulsions
(Bloomberg)

Trudeau Remains Bullish on NAFTA: Canadian Prime Minister Justin Trudeau told Bloomberg Television yesterday that he is very optimistic a NAFTA deal will get done and that Canada looks like it’s in the clear on tariffs for good. Trudeau Dodges Steel Tariffs. Now He’s Trying to Save NAFTA (Bloomberg)

And Then Trump Said This: President Trump boasted in a fundraising speech last night that he made up information in a meeting with Trudeau, saying he insisted to the Canadian Prime Minister that the United States runs a trade deficit with Canada without knowing whether that was the case. Trump said: “I didn’t even know. … I had no idea. I just said [to Trudeau], ‘You’re wrong.’” In Fundraising Speech, Trump Says He Made Up Trade Claim in Meeting with Trudeau (Bloomberg)

Times of London Headline: “Trump names cocaine TV pundit Larry Kudlow as chief Economic Advisor.” Either the White House has given up on background checks, or this process has become more forgiving. Here’s what you need to know about our newest reality TV star: Larry Kudlow (Axios)

Noah Smith on Bloomberg View: Kudlow is a Troubling Economic Adviser for Trump 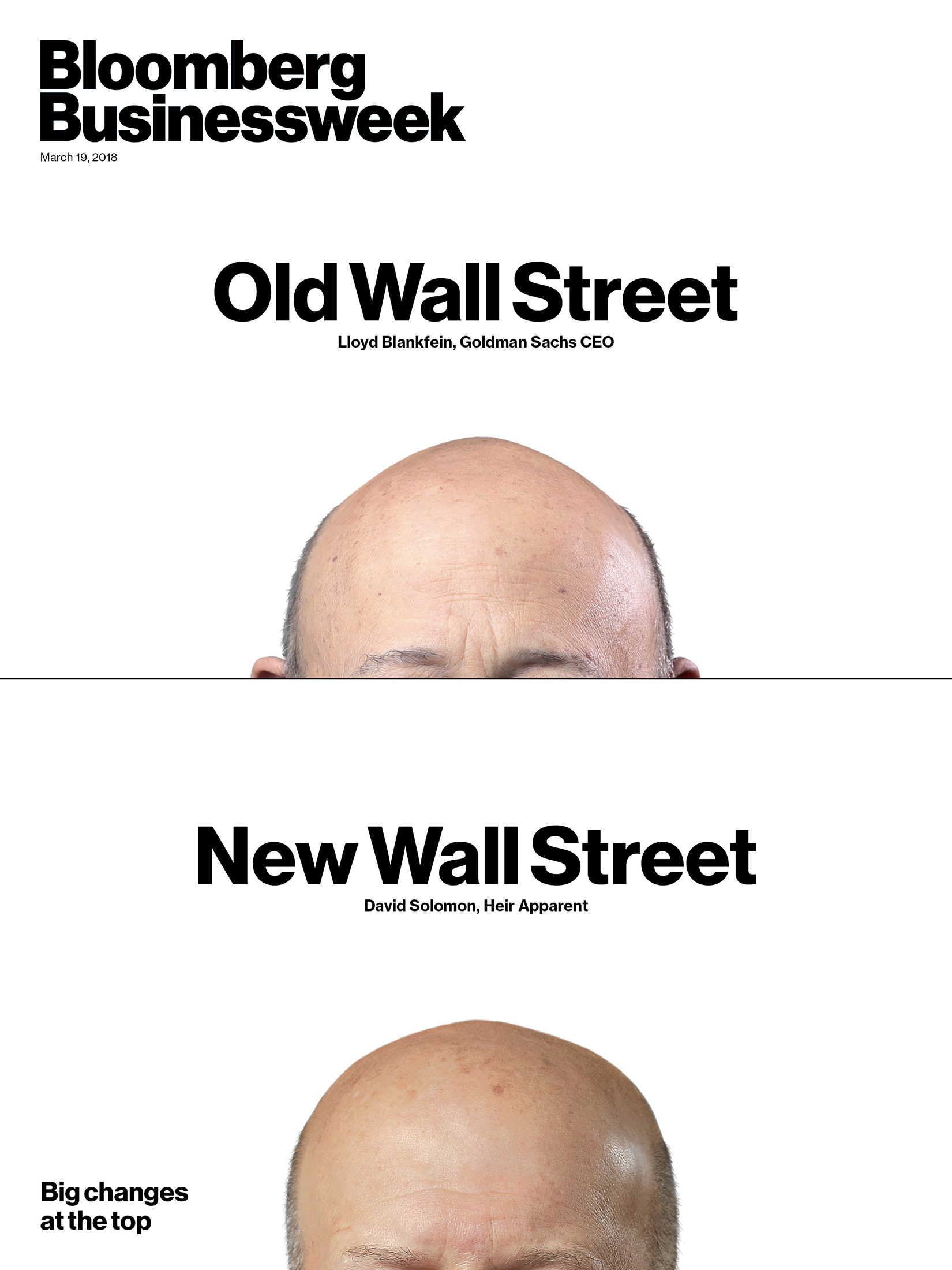 Wall Street’s Succession Moment. The men atop the world’s two preeminent banks (Goldman Sachs and JPMorgan) have announced plans for an orderly handoff that is part of a wider succession moment sweeping through finance a decade after the financial crisis. (Bloomberg Businessweek cover story)

Photo of the Day: U.S. Students Walk Out 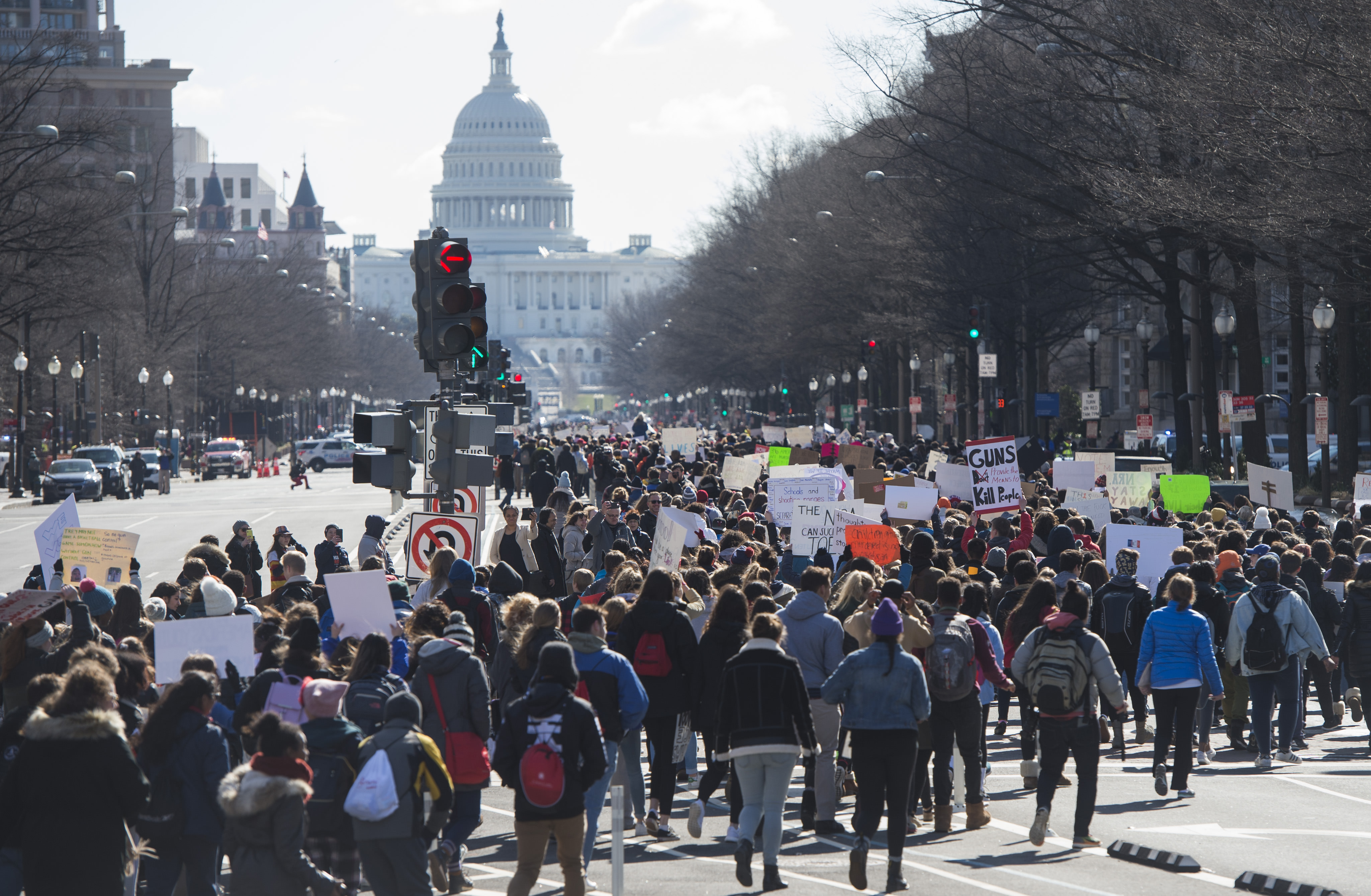 Students march down Pennsylvania Avenue in Washington, D.C. from the White House to the U.S. Capitol during the nationwide student walkout. Photographer: Saul Loeb/AFP/Getty Images

The student protests — on a scale not seen since the Vietnam War era — come 10 days before a planned march on Washington and underscore the potential influence of a new generation of Americans. Everytown, which was founded and funded by Mike Bloomberg, is partnering with students from Marjory Stoneman Douglas to support hundreds of sibling marches across the U.S. Already over 500 marches are registered, many supported by grants from Everytown. March locations and volunteer information can be found at marchforourlives/events – or contribute here everytown.org

“Intelligence is the ability to adapt to change.” -Stephen Hawking

The National (UAE): Seven years of war. A tragedy for Syria. A catastrophe for the world

Samantha Bee weighed in on the Democratic upset in a special election in Pennsylvania:

“It is spring break. Spring break is that special time of year when memories are made — and then completely forgotten by tomorrow morning.”
— Jimmy Fallon

“In addition to Rex Tillerson, Gary Cohn and Hope Hicks, we also learned that Trump’s personal assistant was just fired — although he was actually escorted from the White House on Monday. I assume he wanted to beat the rush.”
— Stephen Colbert