In the home of waffles, chocolate, and beer it is good to see friends new and old.

Mike will also open the new Global Covenant Office with H.R.H. King of the Belgians and make a major announcement with the Belgian Finance Minister. The Bloomberg founded and funded Covenant is the world’s largest movement for local climate and energy actions. 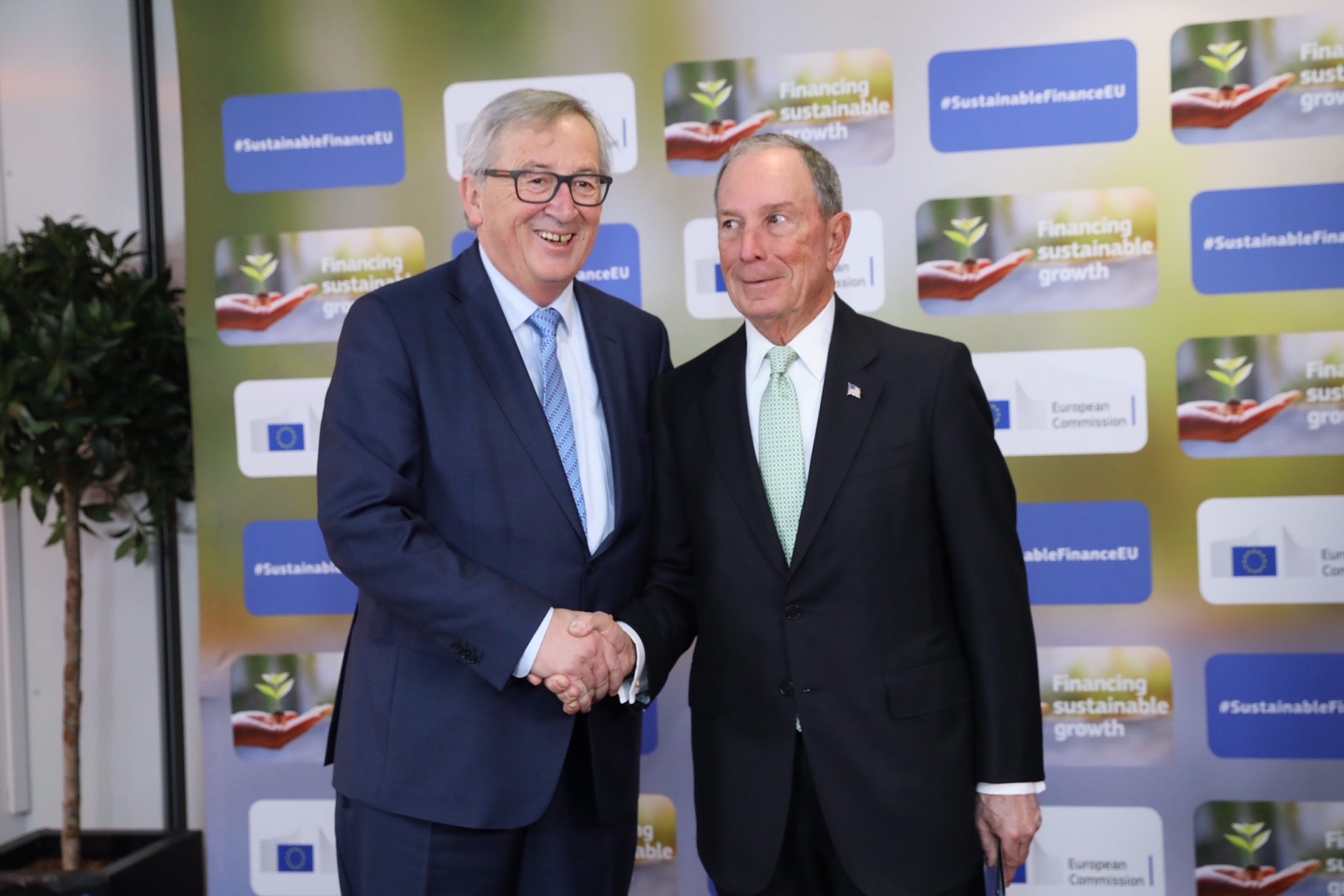 How China Could Retaliate: China could hit back with measures against America’s $140 billion of annual exports to the Asian powerhouse if President Donald Trump imposes tariffs, and agriculture, Boeing aircraft and software could face cutbacks. Here are U.S. Targets Most Vulnerable to China Trade Retaliation (Bloomberg)

And from the E.U.: European policymakers announced a proposal Wednesday for a new tax on tech giants such as Google and Facebook, in a measure that could raise $6.2 billion through what advocates say would be a fairer way of taxing how the companies make money. E.U. Proposes Tax on Tech Giants such as Facebook and Google That Could Raise $6.2 Billion
(Washington Post)

Zuckerberg Speaks: Mark Zuckerberg yesterday spoke in a series of media interviews, and a blog post, promising to probe the extent to which “rogue apps” are harvesting sensitive data on Facebook. Zuckerberg told CNN that Facebook would inform every one of its two billion-plus users that may have gotten their personal data compromised. Zuckerberg Response Fails to Quiet Critics Scorning Mea Culpas; Vows to Investigate Leak, Audit All Third Party Apps (Bloomberg)

‘El Gringo’ Forced Out in Peru: Another Latin American president bites the dust amid a swirl of corruption allegations. Peru’s Pedro Pablo Kuczynski, the former Wall Street banker known as “El Gringo,” resigned ahead of a second impeachment vote, the latest casualty of the Brazilian “Carwash” investigation. Vice President Martin Vizcarra, currently ambassador to Canada, will be sworn in tomorrow. Peru’s Wise-Man President Toppled by Corruption He Had Pledged to End (Bloomberg – Balance of Power) 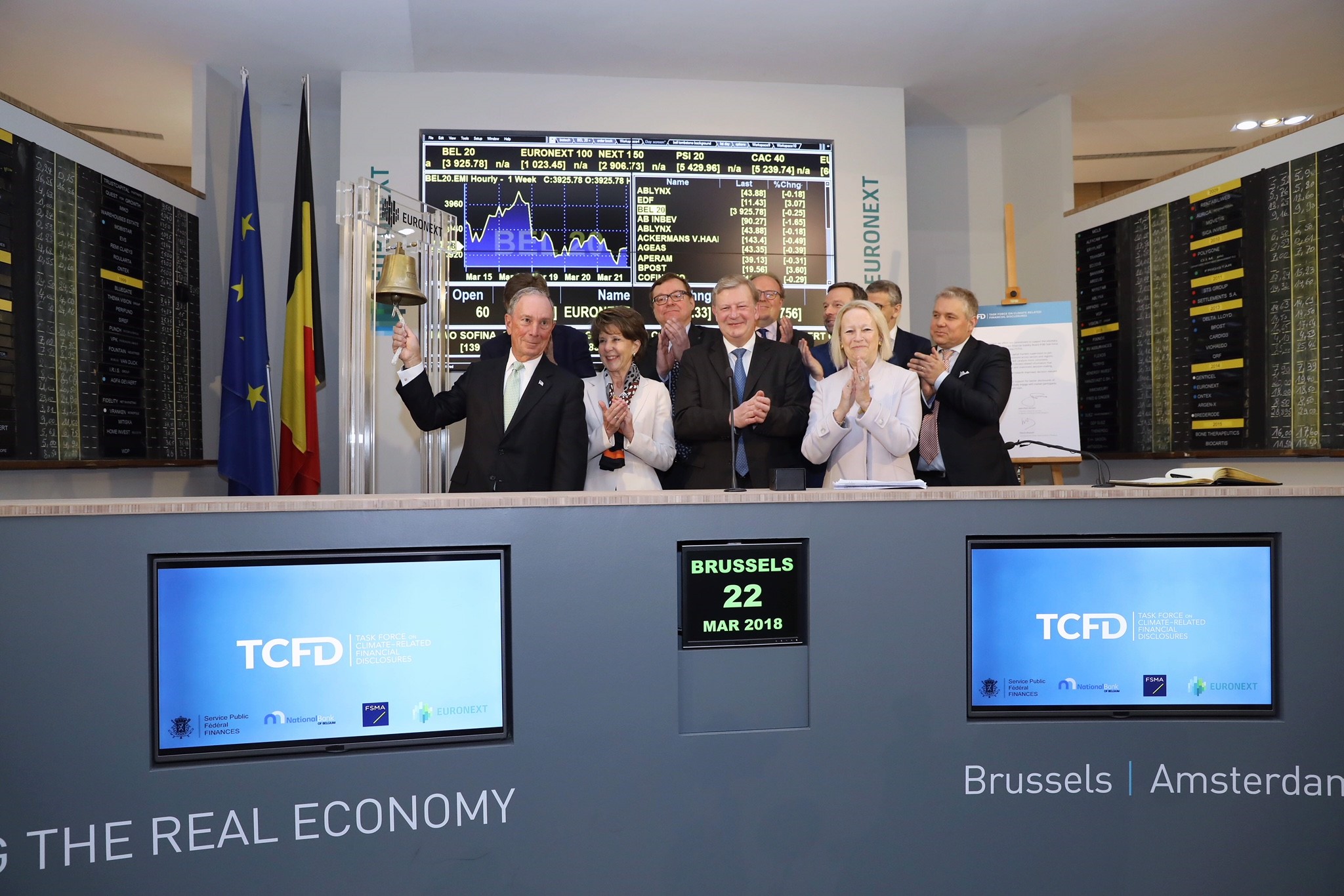 Wins for the Environment: The attorneys general fighting the Trump administration on environmental issues have a backer in Michael R. Bloomberg, the billionaire former mayor of New York. Mr. Bloomberg has contributed $6 million to cover the salaries of university law fellows willing to work for states on lawsuits, investigations, public records requests and other measures to oppose the administration’s environmental policies. Borrowing G.O.P. Playbook, Democratic States Sue the Government and Rack Up Wins (New York Times)

@realDonaldTrump: Crazy Joe Biden is trying to act like a tough guy. Actually, he is weak, both mentally and physically, and yet he threatens me, for the second time, with physical assault. He doesn’t know me, but he would go down fast and hard, crying all the way. Don’t threaten people Joe!

“Mark Zuckerberg is not having a good day. Things are so bad for him right now that Facebook is showing him ads for Xanax.”
— Trevor Noah

“Of course he is! How is that in question? Trump is considering firing Mueller the way you consider ordering a third margarita on girls’ night.”
— Samantha Bee

On President Trump’s recent call with Vladimir Putin and leaked information about briefing materials for Trump that specified he should not congratulate Putin on his recent election:

“The fact that we know he’s mad about the leak is because someone leaked his reaction to the leak. It’s a lot of leaks. It might be time for this White House to start wearing Depends.”
— Jimmy Kimmel