Deal News of the Day (and Most Read on the Bloomberg Terminal):
Nissan, Renault Are Said in Merger Talks After Two-Decade Union (Bloomberg)

Renault shares moved up as much as 7.4% after Bloomberg first reported this news.

Don’t Believe the Hype: Trump’s U.S. – South Korea ‘Great Deal’ Isn’t Much Different From Existing One (Bloomberg)
As markets brace for Trump to release the list of Chinese products he intends to hit with some $50 billion in tariffs, the administration’s relatively minor revisions to the U.S.-South Korea trade deal are buoying hopes for more quick compromises. (Bloomberg Balance of Power)

Seeing Red: Republicans Promised to Cut the Deficit. It’s Only Getting Worse (Bloomberg)
Republicans are presiding over an escalation in U.S. indebtedness after years of railing against widening deficits under Democrats. Bloomberg’s Anna Edgerton, Allison McCartney and Chloe Whiteaker show in a series of graphics how the party’s biggest legislative achievement since President Trump took office was a massive tax cut that’s projected to add more than $1 trillion to the federal tab over the next decade, even when accounting for faster economic growth. (Bloomberg Balance of Power) 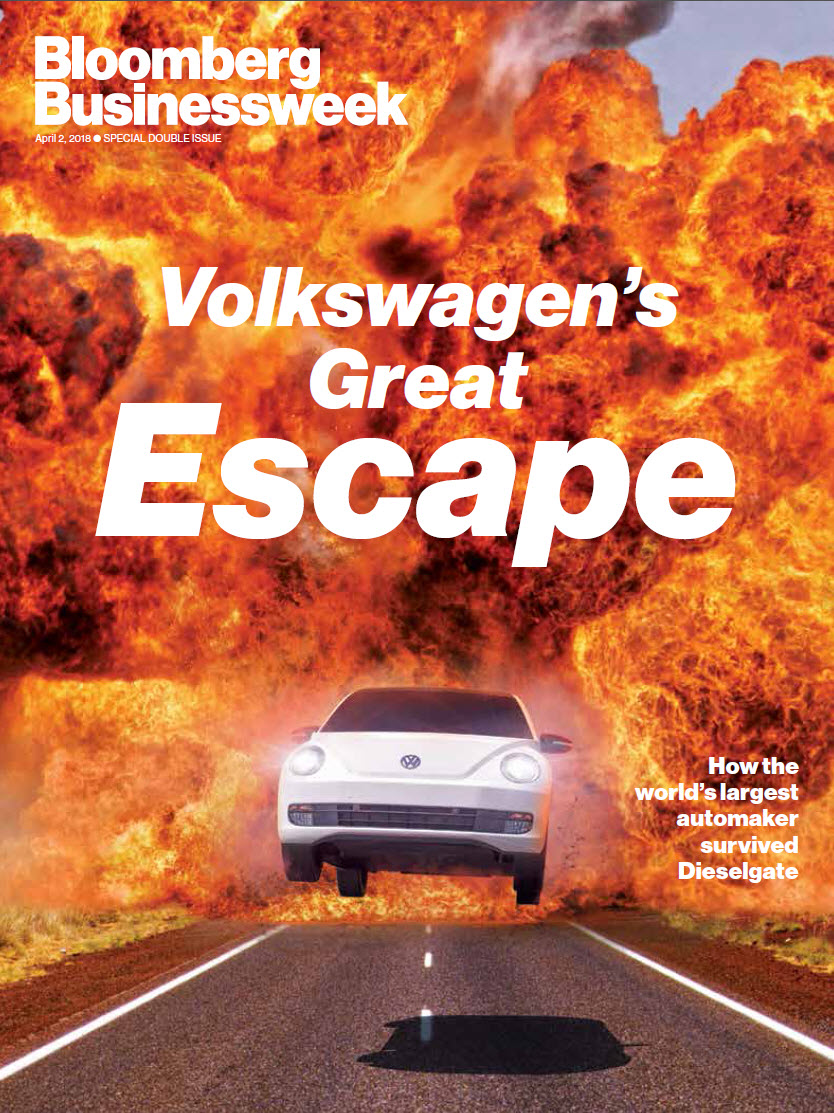 How Volkswagen Walked Away from a Near-Fatal Car Crash
The diesel cheating scandal nearly ended the company. Now it’s the No. 1 car seller on the planet, with staggering electric goals.

From the Land of the Ratings-Obsessed: Trump Rings Up Roseanne Barr After Her Show is a Ratings Winner (NYT)
The president, an obsessive about how TV shows perform, was enthralled by the “huge” ratings “Roseanne” had received, said a person familiar with the call. The show’s first episode, broadcast Tuesday evening on ABC, averaged 18.2 million viewers.

But let’s not forget this: Roseanne on the day in 1990 she shrieked ‘The Star-Spangled Banner’ (Washington Post)

The Japan Times: Pyongyang has discussed possibility of holding Abe-Kim summit in June

The Independent (South Africa): Malala returns to Pakistan for first time since being shot

Back by popular demand.

Click on this tweet for more photos from the MBS-Mike Bloomberg Starbucks visit in New York City this week.

“President Trump has fired his secretary of veterans affairs, and he’s replaced him with the official White House doctor — the man who gave Trump his presidential physical. Which sort of makes sense. I guess Trump was probably like, ‘Anyone who’s seen me naked deserves a reward.’”
— Trevor Noah

“This morning, Facebook announced major changes to its privacy settings. Yeah, apparently they’re going to start having some.”
— Conan O’Brien

“So the President almost definitely colluded with Russia, but there’s equally important news out there. Tiffany Haddish said someone bit Beyonce in the face! Yeah yeah, this is serious, this is serious!”
— Stephen Colbert

In observance of the holiday weekend, I will be back Monday, April 2 with the Sheekey Daily Read.