From Bloomberg Politics today:
Suddenly, Vladimir Putin is the man to see. By the time the week is out, he’ll have met with the heads of four of the world’s 10-biggest economies, along with China’s No. 2 and the managing director of the IMF. What makes the Russian strongman so hot? Donald Trump has a lot to do with it. The U.S.’s decision to pull out of the Iran nuclear deal has got Europe’s powerful scrambling to keep the pact alive. Putin will be savoring the spotlight tomorrow at his St. Petersburg forum, sitting on a panel with French President Emmanuel Macron and Japanese Prime Minister Shinzo Abe, marking the highest-wattage turnout in years. (Bloomberg will be live-streaming the discussion.) It’s a proud turnaround for the Russian president, for whom the event in his hometown is a prestige project. But the triumph could be a fleeting one, as he doesn’t have many cards to play on Iran or North Korea, where China’s increasingly assertive. And Trump’s likely to deliver more surprises as he’s supplanted Putin as the world’s disruptor-in-chief.

Trump Pushes the World Right Into Putin’s Hands (Bloomberg)
Leaders from France to Japan open up to the Russian president as the U.S. goes its own way.

Michael Bloomberg Takes On Trump, Pledges $42 Million To U.S. Cities (Forbes)
In his namesake philanthropy’s annual report, Michael Bloomberg assessed the state of Washington, D.C., and offered a vision for the coming year. His opening letter amounted to a thinly veiled rebuke of the Trump administration and its embrace of “alternative facts.” “There has always been spin in politics, but this is different,” Bloomberg wrote. “Disdain for facts is making it harder for America to address major challenges here and around the world.” He added, in a more optimistic vein, that dysfunction in the nation’s capital is being countered by grassroots efforts in cities and small towns across the country. “Local officials cannot get away with constructing alternate realities,” he said. 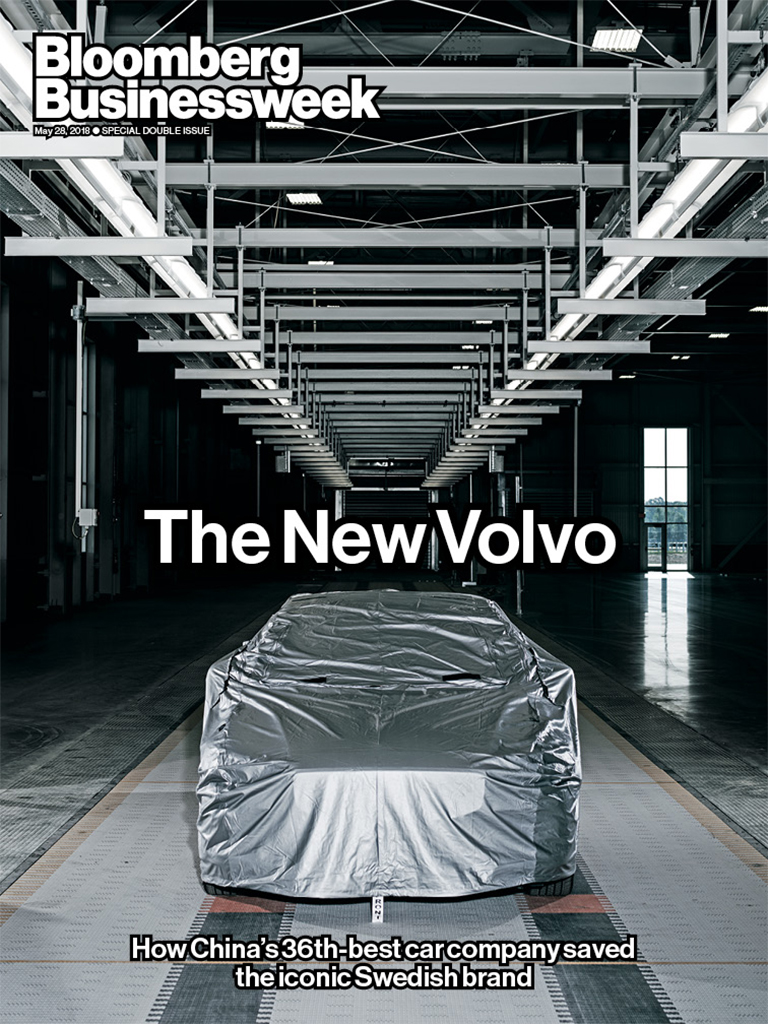 Bloomberg Businessweek Cover: How China’s 36th-Best Car Company Saved Volvo
The auto industry is littered with failed marriages, but the stars aligned for Geely and the Swedish automaker.

From READ <GO> on the Bloomberg Terminal 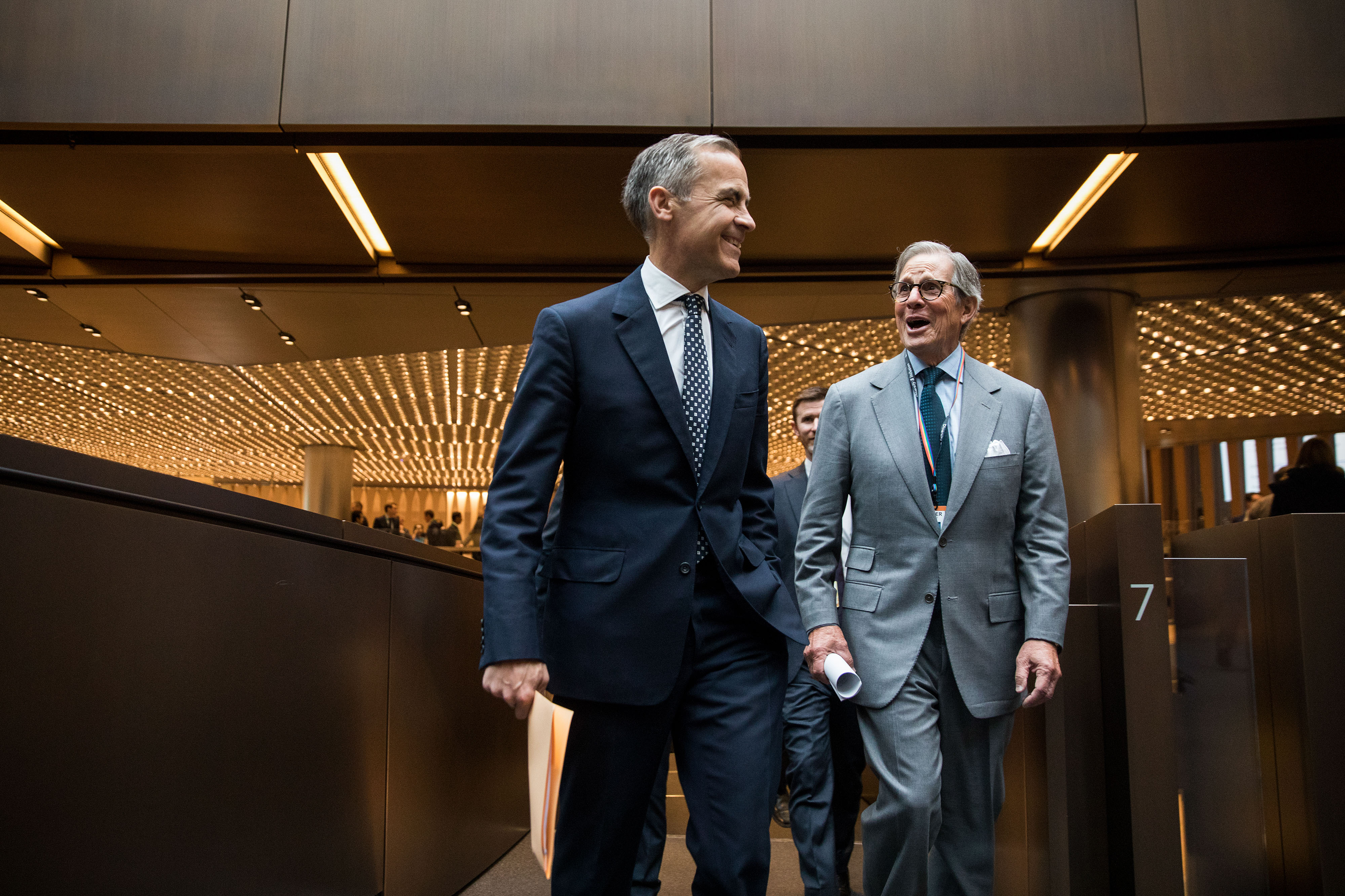 Carney Says Time to Move Past Bank Fines to Better Behavior (Bloomberg)
Bank of England Governor Mark Carney said plans for improving the behavior of bankers and others in the U.K. finance industry are slowly making a difference. In a speech opening the BOE’s Markets Forum at Bloomberg Headquarters in London, he said measures are now deployed to prevent the “bad apples” from moving from firm to firm without proper checks. 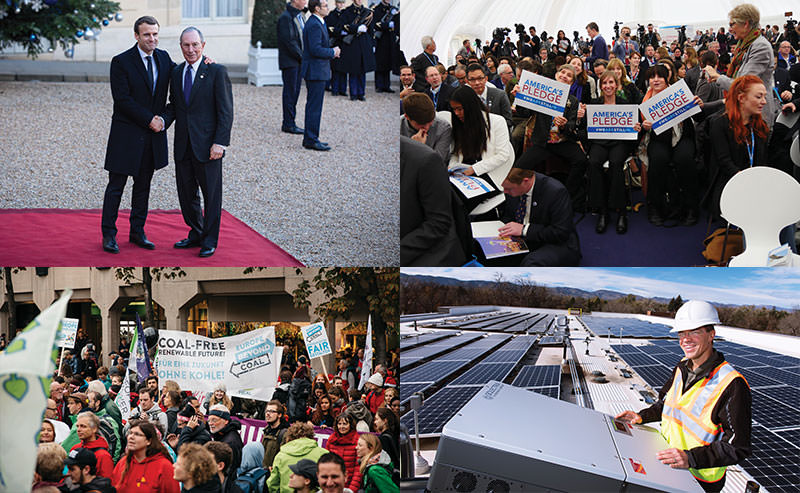 From Bloomberg Philanthropies’ annual report that was released yesterday, the foundation’s environment program brings together a wide range of partners — including mayors, scientists, activists, and business leaders — to address the most serious threats to global sustainability. By fighting to replace coal with clean energy, working with cities around the world to reduce greenhouse gas emissions, and encouraging policies and practices to protect the planet’s oceans, Bloomberg Philanthropies is working for a healthier, cleaner, and safer environment. Additionally, in early 2018, United Nations Secretary-General António Guterres appointed Mike Bloomberg as his Special Envoy for Climate Action.

In the coming days, I’ll feature more highlights of Bloomberg Philanthropies’ remarkable initiatives and accomplishments in the Sheekey Daily Read.

The Guardian: Air pollution worse inside London Classrooms than Outside, study finds

@elonmusk: Going to create a site where the public can rate the core truth of any article & track the credibility score over time of each journalist, editor & publication. Thinking of calling it Pravda …

“As the rule of law erodes faster than the polar ice caps – let’s check in on the midterms! Or as I like to call them, ‘our only hope of survival for 2018’!”
— Samantha Bee

“Folks… can you feel the greatness in the air tonight? It’s because right now, as we tape this show, President Trump is in New York City, having dinner with supporters. Well.. it’s New York, so…supporter. Bon appetit, Sean Hannity!”
— Stephen Colbert