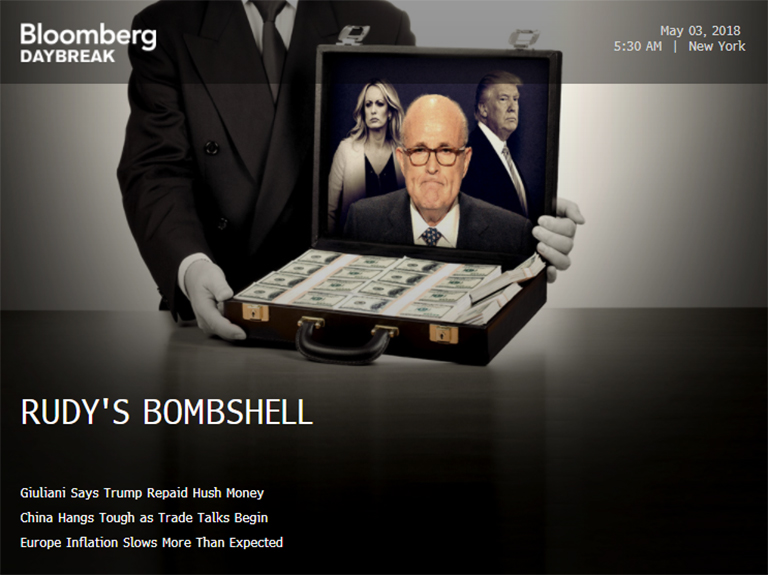 The big news overnight is that (surprise) President Trump knew about his personal lawyer’s non-disclosure agreement with adult film actress Stormy Daniels, and in fact reimbursed him for it.

The revelation came in an interview on Fox News with the president’s new attorney, Rudy Giuliani. Trump looked to change the conversation by announcing the release of three Americans long held in North Korea. And trade talks in China do not appear to be headed for success, yet the growth and integration of capital markets continues. Lastly, the American president has been officially nominated for the Nobel Peace Prize.

Bloomberg.com will now charge users $35 a month for access, while Bloomberg employees and terminal subscribers will continue to have access at no charge. And Editor in Chief John Micklethwait writes today in Bloomberg Businessweek about the remarkable resurrection of quality press with more people paying for news.

Tonight, the Bloomberg Square Mile Relay hits lower Manhattan with more than 75 teams from New York’s leading financial companies racing against each other. Last year, Wells Fargo retained their title in a time of 55:06, outrunning more than 70 other teams. Team Pacemakers, led by our chairman Peter Grauer, will have some real competition from the team powered by the Sheekey Daily Read.

More: In a highly unusual earnings call last night, Elon Musk cut off analysts and got defensive about probing questions pertaining to the electric-car maker’s finances. At one point he said “Boring, bonehead questions are not cool. Next?” Elon Musk’s Most Dumbfounding Moments on Tesla’s Earnings Call (Bloomberg)

Even more: Germany’s Electric Cars are Coming for Elon Musk and Tesla (Bloomberg)

Trade War Update: Steve Mnuchin and Wilbur Ross are trying to head off an all-out trade war at meetings in Beijing today and tomorrow. How Trump Led the U.S. and China to the Brink of a Trade War (Bloomberg) 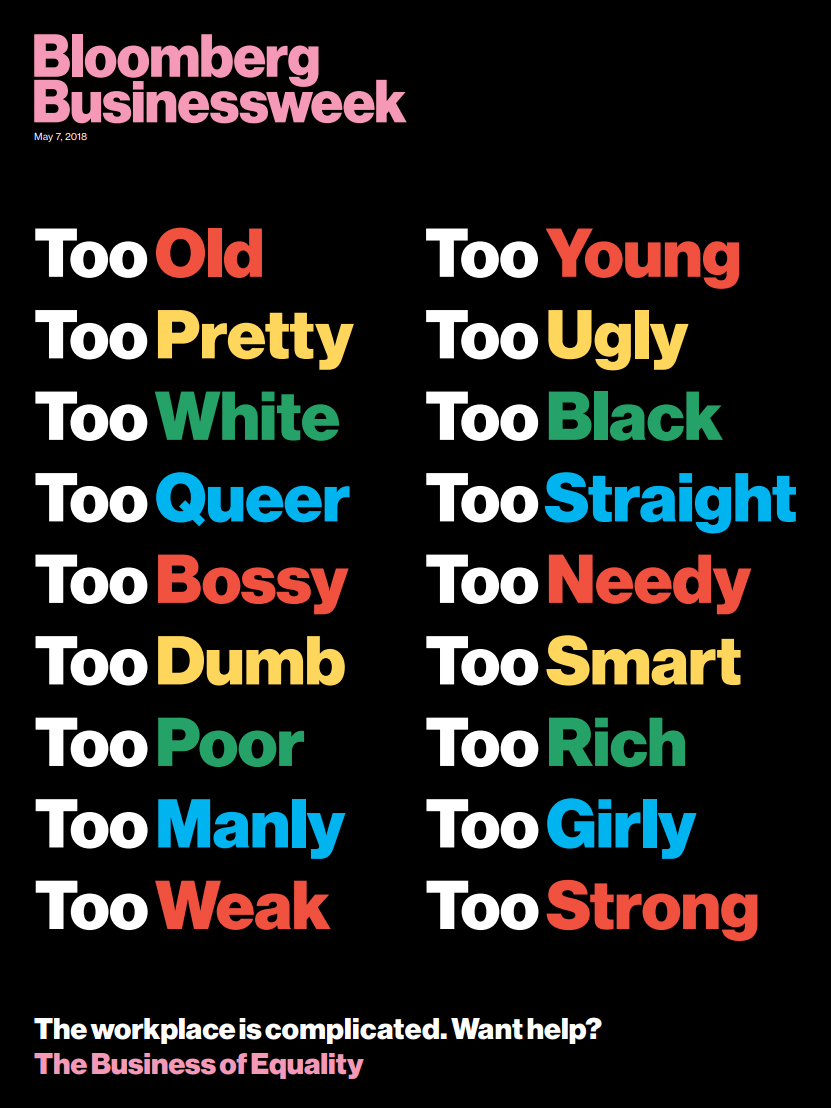 In advance of Bloomberg’s inaugural Business of Equality event at Bloomberg’s New York HQ on May 8, Bloomberg Businessweek is out today with a special issue on the Business of Equality. The event and issue aim to foster discussion among influential business leaders, advocates and activists about diversity and inclusion initiatives in the workforce, the future of equality, and what is at stake for both the economy and society at-large.

“7-Eleven has announced they’re going to be offering healthier options for their customers. That’s nice. The C.E.O. said, ‘We want our customers to live to be as old as one of our hot dogs.’”
— Conan O’Brien

“His doctor wrote a letter calling Trump the healthiest president ever, but now the doctor is saying Trump dictated the letter himself. Trump was like, ‘Yes, I dictated it, and I am one of the healthiest dictators ever elected.’”
— Jimmy Fallon

“I guess that explains these other doctors’ notes, like this one from Trump’s dentist: ‘Most teeth ever. Much longer tongue than Obama.’ And his podiatrist’s report: ‘Feet of a god, unless there’s a draft, in which case bone spurs. Sad!’”
— Stephen Colbert
On a Nobel Peace Prize for Trump:

“A group of House Republicans has nominated President Trump for a Nobel Peace Prize. As evidence, they pointed out that Trump has managed to avoid an all-out war with North Korea, and Melania.”
— Conan O’Brien