A record number of world leaders attended Wednesday’s Bloomberg Global Business Forum, making it the largest gathering of heads of state outside a formal government summit this year.

The 70-plus heads of state and 200-plus CEOs at the forum echoed Mike Bloomberg’s remarks that trade makes the world more peaceful and stable by connecting nations and aligning interests.

As Mike said, the forum was “designed to give business leaders a seat at the table, including on an issue where the UN doesn’t have a formal role: trade.” And that’s exactly what happened, as you’ll see from the headlines and stories below.

In the afternoon, French President Emmanuel Macron joined Mike to open the One Planet Summit, where public and private sector leaders discussed how they’re taking action to accelerate implementing the Paris Climate Agreement.

Scoop: Michael Bloomberg’s spending on House races in the midterms has passed the $80 million he promised for the cycle and is heading toward $100 million as he sees an increasing chance for Democrats to win control, Axios has learned. The plan: Half of that will go to women candidates, a Bloomberg adviser told me. As this fall’s blue wave strengthens, the adviser said: “We want to take a Category 3 storm and turn it into a Cat 5.” 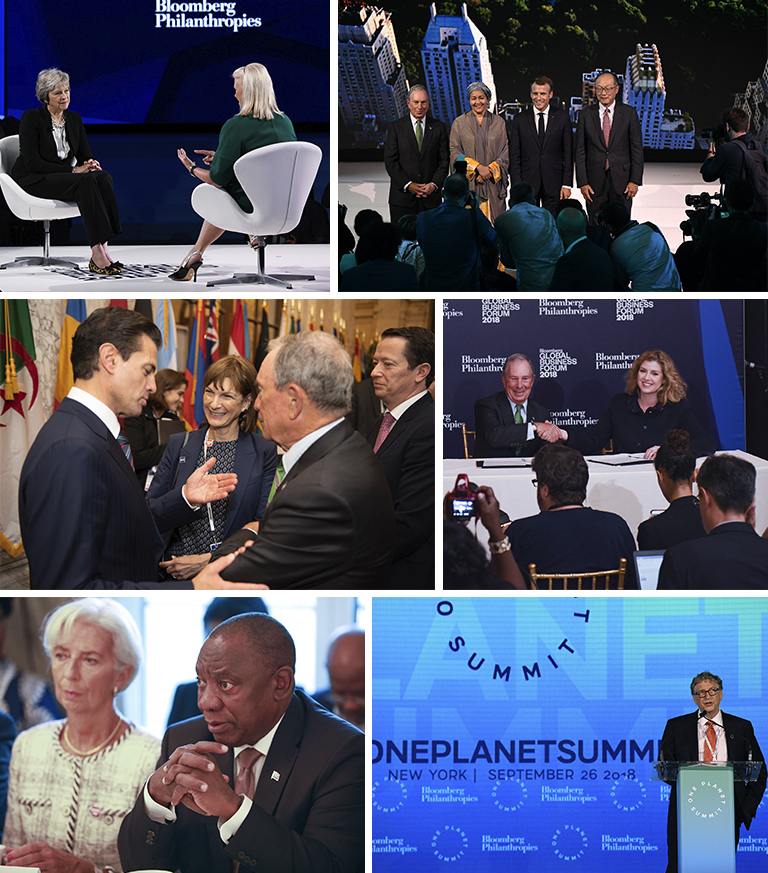 For more images from the Bloomberg Global Business Forum and the One Planet Summit, click here.

More photos of the day. 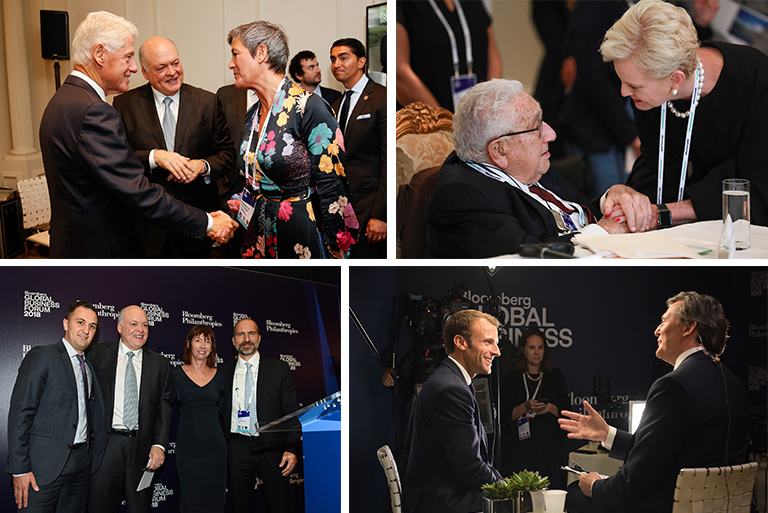 “Hi, I’m Jimmy Fallon, and if this all goes well, I might get as many laughs as Trump’s speech at the UN.”
— Jimmy Fallon