Most Read on the Terminal (Last 24 Hours):
Apple Said to Plan Giant iPhone and a Lower-Priced Model (Bloomberg exclusive) 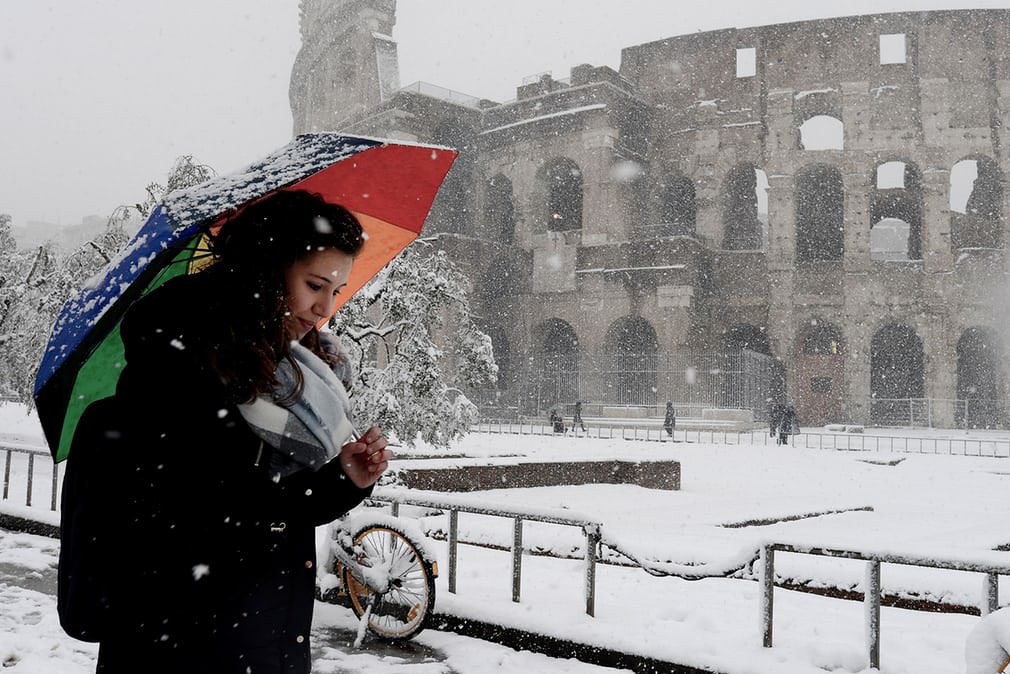 Siberian blast blankets Europe: A woman shelters from the snow as she walks past The Colosseum in Rome, Italy. The ‘Beast from the East,’ an arctic storm set record low temperatures across much of Europe, with Rome seeing it’s first snowfall in years. Photograph: Simona Granati – Corbis/Corbis via Getty Images 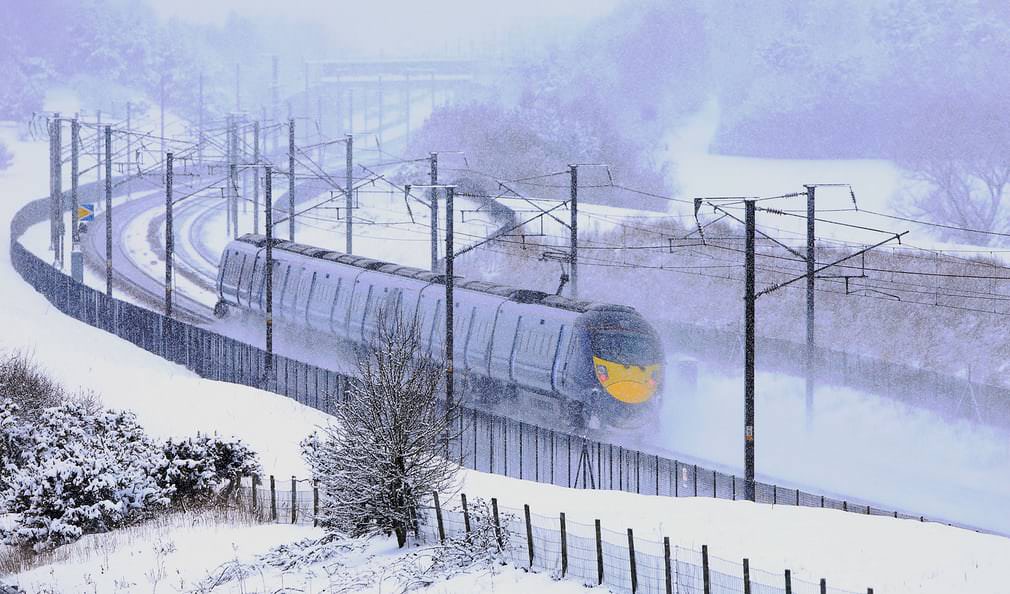 Liam Fox at Bloomberg London Today: In a speech today broadcast live from Bloomberg’s European headquarters, U.K. Trade Secretary Liam Fox argued that a Customs Union with the EU after Brexit would ‘sell out’ the U.K. The speech put him at odds with the U.K.’s major business lobby, the Confederation of British Industry, which wants the government to negotiate an agreement that guarantees tariff-free trade with the EU after Brexit. Customs Union with EU After Brexit Would ‘Sell Out’ U.K., Trade Secretary Says (Bloomberg)

Also in London: Goldman is considering a sale-and-leaseback of its new European headquarters in London and the building could sell for more than 1 billion pounds ($1.4 billion), people with knowledge of the plan said. Goldman May Sell Its $1.4 Billion New European HQ in London (Bloomberg)

Italian Election Watch: Italy has more or less given up on the idea of ditching the euro, but Sunday’s elections still cast a big shadow over the common currency. Italian Populists Are Backing Away from Euro Exit (Bloomberg QuickTake)

Chinese investment in Germany has moved to center stage in Berlin after Chinese billionaire Li Shufu’s accumulation of a $9 billion stake in Mercedes-Benz parent Daimler AG. Li’s sudden emergence as the luxury carmaker’s largest shareholder exposes a dilemma for Merkel’s incoming administration: which investments are welcome, and what to do about those that are not? For Merkel, Some China Investments Are More Welcome Than Others (Bloomberg)

Trump-Russia Probe Latest: White House communications director Hope Hicks is scheduled to be interviewed privately today by the House Intelligence Committee as part of its probe of Russian meddling in the U.S. election. Questioning could focus on what role Hicks played in drafting an initial statement — which later proved to be false — about Donald Trump Jr.’s June 9, 2016 meeting with Russians at Trump Tower. Hope Hicks To Appear Before House Intelligence Panel, Officials Say (Bloomberg)​

Media Watch: A mess of controversies has been swirling around the New York Times Op-Ed page, according to Vanity Fair. The latest cause for grievance was the hiring – and immediate un-hiring – of Quinn Norton, a tech writer who it turned out was friends with a neo-Nazi and had used racial and sexual epithets in tweets. But angst had been building over other issues, like the climate-change skepticism of columnist Bret Stephens and Twitter misadventures of fellow conservative columnist Bari Weiss. Backfires at the New York Times as a Possible Future Chief Re-Invents the Paper’s Opinion Pages (Vanity Fair)

It’s now been nearly two weeks since the attack in Parkland and – in a break from the usual grim routine of mass shooting coverage – it continues to dominate the news. One big reason for that has been savvy social media use by González, who first tweeted from her account on Feb 18., and her fellow students, several of whom have also amassed large Twitter followings. At last check, David Hogg had 339,000 followers, Cameron Kasky 236,000 and Sarah Chadwick 231,000. Read more here. (Politico Morning Media)

Greener Cities: More than 100 cities from Addis Ababa to Auckland use greater than 70 percent renewables in their energy mix, according to research by CDP, a charity that studies the implications of climate change for publicly traded companies. The places where populations are at their most dense and pollution is at its highest are doing their bit to battle rising global temperatures by turning to hydro, geothermal, solar and wind to keep the lights on. These Are The World’s Greenest Cities (Bloomberg)

“A new CNN poll has found that Democrats have a 16-point lead over Republicans in a generic congressional ballot. Which means that with a little hard work and some elbow grease, they can still blow this thing.”
— Seth Meyers

“At the annual meeting of conservatives called CPAC, a woman who criticized Donald Trump was booed and escorted out by security. Yeah, this is the third time this has happened to Melania.”
— Conan O’Brien

President Trump said on Monday that he believed he would have run into the Florida high school where a gunman opened fire this month, even if he’d been unarmed. Stephen Colbert reacted with disbelief to that statement:

“Look, sir, we already know how you react to combat situations. You got five deferments from Vietnam. What are you gonna do, run in there and stab ’em with your bone spurs?”
— Stephen Colbert