Hello from London, where Mike Bloomberg today announced a new initiative for European capital cities that aims to accelerate digital innovation to improve critical services and deliver better results for residents. It’s an extension of Bloomberg Philanthropies’ ongoing efforts to build innovation, data, and collaboration capacity within city halls around the world.

London, Helsinki, and Bratislava have already signed on, and all 28 European capital cities have been invited to join the initiative.

Mike also joined Bloomberg employees and volunteers in London who have painted a giant Pride flag that runs through the center of the Bloomberg Arcade to mark London Pride. The installation is on display through the London Pride parade on July 6 and celebrates the vibrancy of London’s LGBT+ community. 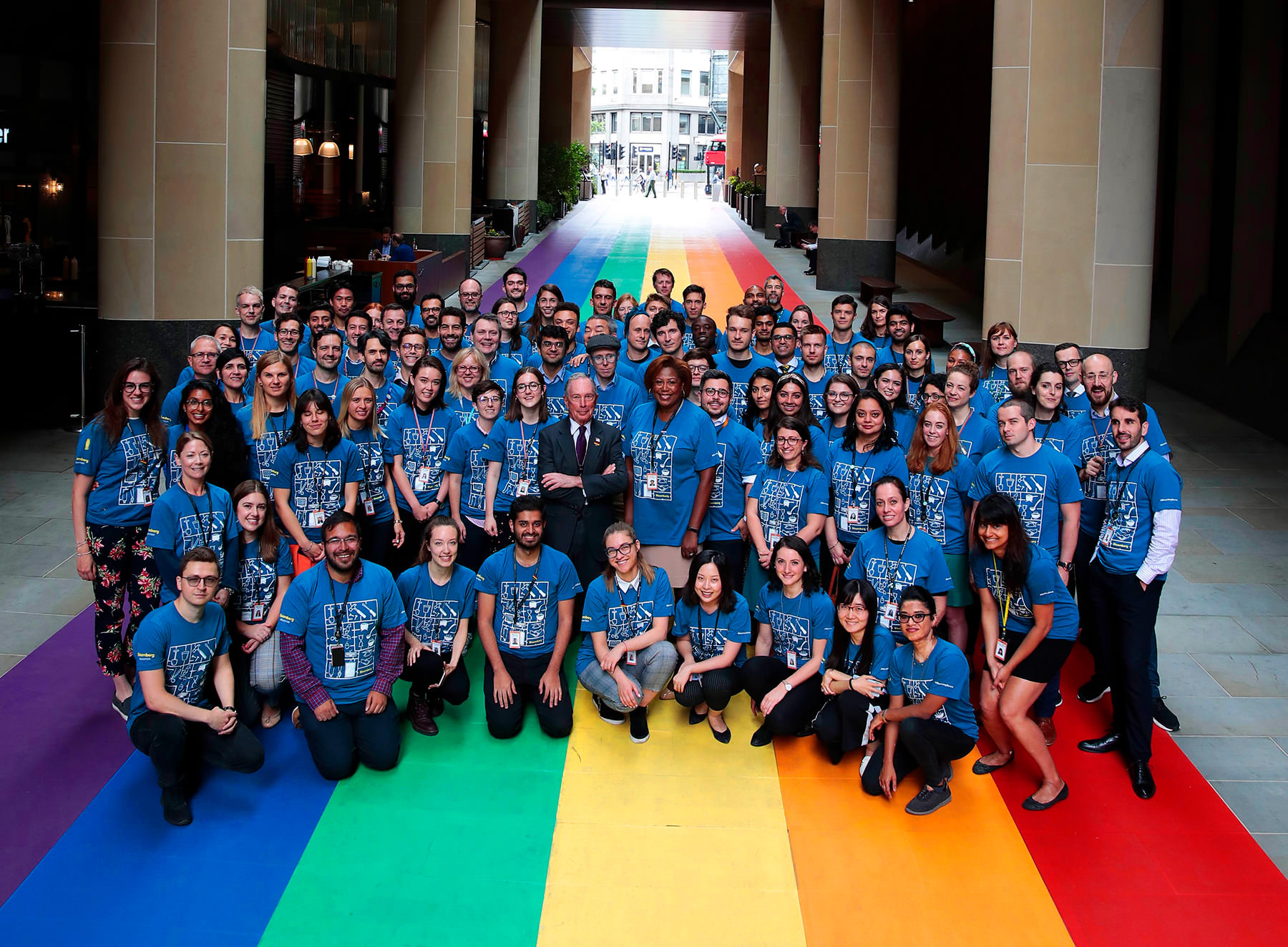 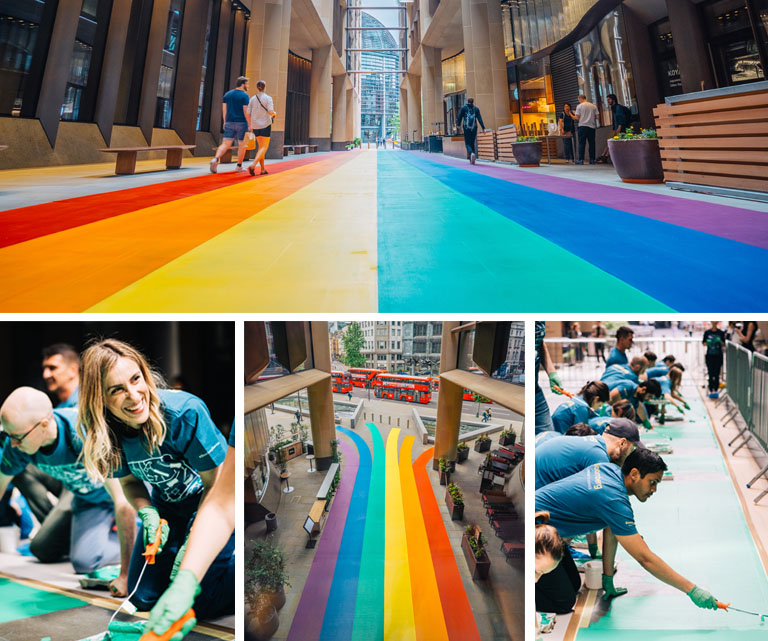 Economists estimate that emerging markets may suffer less than developed ones from the trade war. Their growth rates are already double those of wealthier nations, and that gap is projected to widen in the next two years. That’s because rising consumer spending in China and India is cushioning the impact of trade losses.

The Global Slowdown: Pain From Trump’s Tariffs Spreads, Reshaping Global Trade (Bloomberg)
Big economies such as the European Union, China and the U.S. are slowing for reasons ranging from Brexit to faltering manufacturing in China to the disappearing fiscal stimulus from tax cuts in the U.S.

Production is shifting to other countries rather than going to the U.S. A new Bloomberg analysis found that in the first quarter of 2019, Taiwan saw sales to the U.S. of products hit by Trump’s China tariffs rise about 30% from a year earlier, while South Korea’s jumped 17%. Vietnam saw sales of China-tariffed products to the U.S. increase 27%.

2020 Watch: Economic Trouble in Trump Country Ahead of 2020 (Axios – Mike Allen)
Swing counties that backed President Obama, then flipped to President Trump in 2016, are struggling economically. More than 50% of flipped counties lost population from 2016 to 2018, and 94% lost prime working-age population over the past decade.

Campaign Tech: Rebellious Tech Startups Trying to Help Democrats Win Back the Internet in the Age of Trump (Vanity Fair)

Future of Finance:
-Robots Can Now Decode the Cryptic Language of Central Bankers’ – And Get It Right
(Bloomberg)
-Seeking an Edge, Large Asset Managers Turn To Tech Infrastructure (Curatia)

In Case You Missed It: Being Transgender at Goldman Sachs (New York Times)
How Maeve DuVally, an employee in the bank’s buttoned-up communications department, became herself at work.

On the Flying Wallendas brother & sister duo who walked a quarter-mile on a wire strung 25 stories above Times Square in New York on Sunday:

“What an exciting time to be in New York! Did you see last night the brother/sister team ‘The Flying Wallendas’ walked across a tight rope 25 stories above Times Square? They did it! Even more impressive: they were stuck behind a slow walking group of tourists.”
— Jimmy Fallon

“Things got really intense, at one point they almost fell when their buzzer from Bubba Gump Shrimp starting buzzing. ‘Our table’s ready!! Get off this wire!!’”
— Jimmy Fallon