Synchronized Expulsions Leave Moscow Stunned (Bloomberg)
More than 100 Russian envoys will be sent home from capitals across Europe and North America, after the U.S. expelled 60 Russian diplomats considered spies, the most since 1986. Moscow is expected to retaliate by ejecting Western diplomats, and a meeting Trump said he hoped to set with Putin to discuss arms control is in doubt. 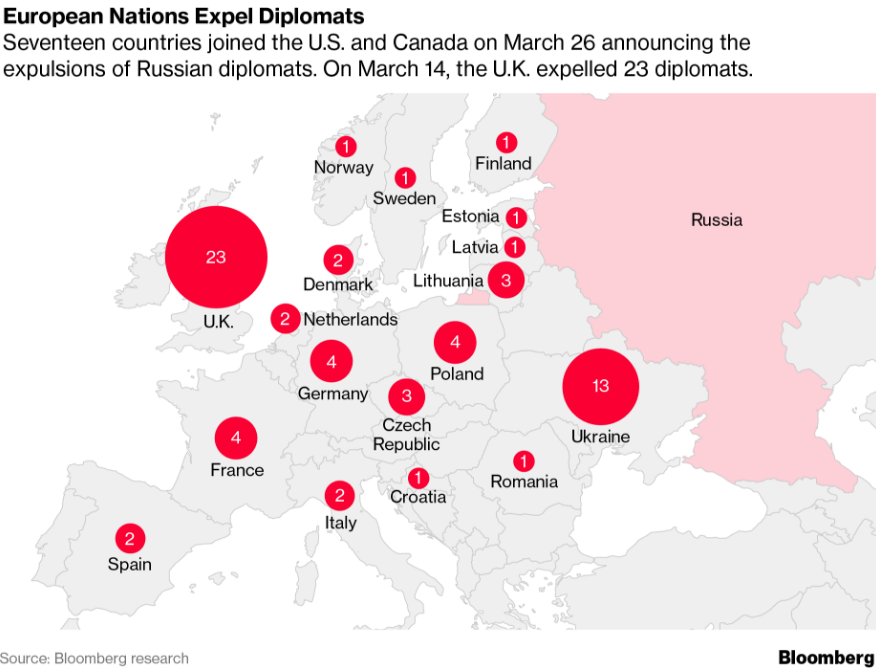 Bloomberg Exclusive: Germany at Odds with France Over Tariffs on U.S. Cars (Bloomberg)
Germany is willing to offer the U.S. concessions in order to stop Trump from imposing tariffs on European steel and aluminum, exposing a divide with France on how to avert a trade war. The move risks alienating other EU countries including France, which according to a French government official doesn’t want the bloc to make any concessions.

Kim Jong Un Made a Surprise China Visit, Sources Say (Bloomberg)
Speculation about a possible visit by a high-ranking North Korean official circulated around the Chinese capital Monday, after Japan’s Kyodo News reported that a special train may have carried Kim through the northeastern border city of Dandong. Nippon TV showed footage of a train arriving Monday in Beijing that looked similar to one used by Kim’s father, Kim Jong Il, to visit the country shortly before his death in 2011.

Facebook Goes on Hiring Spree for Washington Lobbyists (Bloomberg)
As a chorus of calls mounts for answers about its data practices, Facebook is looking to hire at least 11 people for policy-related positions in Washington, according to its website. The company started hiring new lobbyists last fall after revelations Russians exploited its platform to help elect President Donald Trump.

Tax Breaks Plentiful for Second Amazon HQ Even Without Bids (Bloomberg Tax)
With few exceptions, the 20 finalist cities aren’t releasing details of their bids, particularly when it comes to financial incentives, though advocates from New York to Miami have demanded the information be made public. Nonprofit organizations and newspapers around the country have sued in attempts to pry details from local governments. 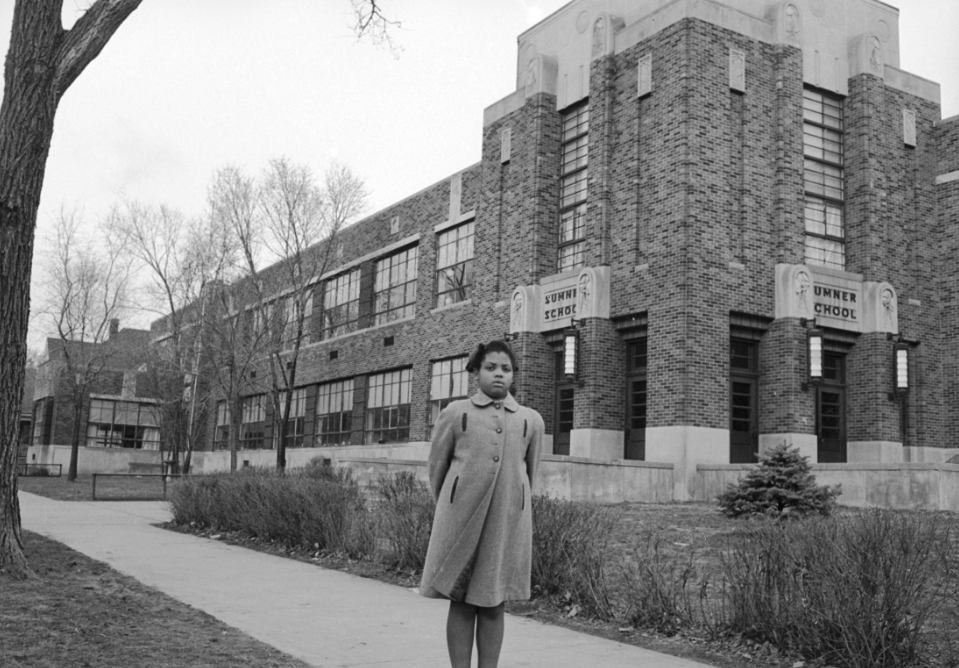 Linda Brown, Kansas Girl At Center or 1954 School Segregation Ruling, Dies
Linda Brown, who as a Kansas girl was at the center of the landmark U.S. Supreme Court ruling that struck down racial segregation in schools, has died. Her father, Oliver Brown, tried to enroll the family in an all-white school in Topeka, Kansas, and the case was sparked when he and several black families were turned away. The NAACP’s legal arm brought the lawsuit to challenge segregation in public schools, and Oliver Brown became lead plaintiff in the 1954 Brown v. Board of Education decision by the Supreme Court that ended school segregation.

The Guardian (UK): Russia to ‘respond harshly’ to US expulsion of diplomats

On the CBS 60 Minutes interview of Stormy Daniels and her description of meeting with Donald Trump:

“It all felt real, it all felt true. It felt truer than him getting elected.”
— Stephen Colbert