The EU Strikes Back: Donald Trump has suggested he’s itching for a trade war — and a trade war he may get. Just not the one he might have meant. Bloomberg was first to report that the European Union has drawn up plans to apply a tit-for-tat levy on $3.5 billion worth of U.S. imports should Trump implement plans to impose stiff tariffs on foreign steel and aluminum.

Newspaper Cover of the Day:
City A.M. (London): Hit the Chevy with a Levy, Tax Your Whiskey & Rye

​Breaking from the Korean Peninsula: North Korea is willing give up its nuclear weapons if the safety of Kim Jong Un’s regime is guaranteed, South Korea said, boosting pressure on the U.S. to agree to peace talks.

United Nations Secretary General António Guterres yesterday appointed Mike Bloomberg to be his special envoy for climate action. At a news conference at the UN, Guterres said: “The world has those that follow and those that lead. And those that lead, some lead in the wrong direction, and some lead in the right direction.” “You are of those that lead and have always led in the right direction,” he told Bloomberg, “and it is an enormous privilege for me to be able to work so closely with you.” UN Chief Appoints a Very Rich New Yorker (Not Trump) for Climate Job (New York Times) 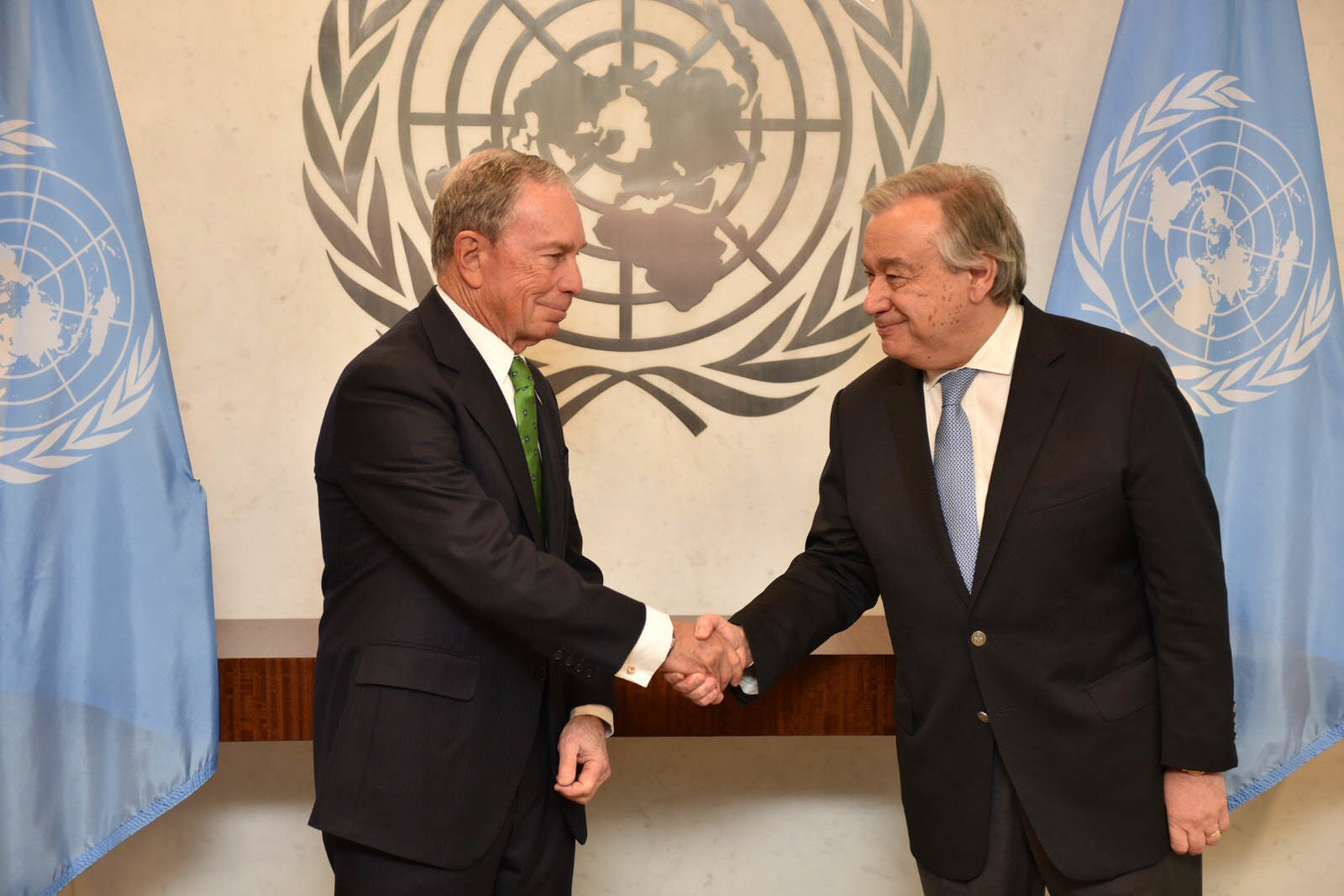 U.S. Tax Bill Savings – Mostly to Shareholders: President Donald Trump and Republicans sold their $1.5 trillion tax cut as a boon for workers, but it’s becoming clear just two months after the bill passed that the truly big winners will be corporations and their shareholders, but perhaps not as big as people have been proclaiming recently. About 60 percent of the gains are going to shareholders, compared with 15 percent for employees. Five Charts That Show How Companies Are Spending Their Tax Savings (Bloomberg Gadfly)

Venezuela Refugee Resentment: Hundreds of thousands of Venezuelans fleeing economic collapse are crowding into cities and makeshift camps in Colombia, Brazil, Ecuador and throughout the region, the largest mass emigration in modern Latin American history. In Panama, the sympathy that greeted early arrivals from Venezuela, many wealthy professionals, is giving way to fear and resentment of the poor and desperate. It is evinced by outbreaks of nationalistic insults, harassment and even violence. Venezuelans, Go Home: Xenophobia Haunts Refugees (Bloomberg)

United Airlines: We Have Red Eye and Black Eye Flights Available: The airline has halted a controversial plan that would have used a lottery system to dole out employee bonuses rather than award bonuses when the carrier met certain targets. The program was part of a company-wide effort to grow United’s reputation as an airline that cares, and it came just months before the first anniversary of when a passenger was violently dragged off a United flight to help make room for crew members. United Halts Plan to Dole Out Bonuses by Lottery (Washington Post)

Raising Women’s Voices
Bloomberg is committed to significantly increasing the number of women newsmakers as sources, quoted in stories, appearing on TV, radio and live events.

The National (UAE): Saudi Crown Prince: Together we can spread moderate Islam

@MikeBloomberg: Around the world, bottom-up solutions are leading the fight against climate change. As the new @UN Special Envoy for Climate Action, I’ll work with state and non-state actors to help implement policies that reduce emissions & build resilience. http://mikebloom.bg/2I5EC7Q

@Anne_Hidalgo (Mayor of Paris): Congratulations to my friend @MikeBloomberg on his new appointment to @UN Special Envoy for Climate Action. Your work on climate change has panned across borders, both within the U.S. and internationally, and we’re lucky to have you in this fight. http://mikebloom.bg/2I5EC7Q

@BGrueskin: Some terrific accountability journalism at Bloomberg @gadfly re how those billions in tax savings are being spent by corporations. (Hint: Most of it isn’t going to employees.)

@TechAtBloomberg: In celebration of @WomensDay, we spoke with three female technologists working on @Bloomberg’s news and #data systems to learn more about their careers and the technologies they’ve been working with https://bloom.bg/2D0IO4P #IWD2018 #PressforProgress #WomenInTech

“Even if it’s bad policy, America could be headed for a trade war, which, to be honest, of all the wars we thought Trump could get us into — I mean nuclear war, race war — a trade war is like the least bad option, and it will make the next ‘Call of Duty’ completely different.”
— Trevor Noah

“Last night’s Oscars broadcast was over three and a half hours long. Wow. To put that in perspective, that’s longer than most jobs last in the White House.”
– Jimmy Fallon

“Some international news tonight: North Korean leader Kim Jong-un invited South Korean officials to dinner. It was described as two hours of ‘You take a bite. No, you take a bite first.’ ”
— Jimmy Fallon