Most Read on the Bloomberg Terminal (Last 8 Hours):
China’s Latest Move on Trade is a Massive Cut to Car Tariffs; Expected Shift Comes After Truce in U.S.-China Trade War
(Bloomberg)

Read more:
An Artless Negotiation from the President Who Penned ‘The Art of the Deal’
(New York Times)
BMW and Mercedes Say Thank You to Donald Trump (Bloomberg Opinion)

Elsewhere in Auto News: ‘Climate Change is Real,’ Carmakers Tell White House in Letter (Bloomberg)
Automakers urged the White House to cooperate with California officials in a coming rewrite of vehicle efficiency standards in a letter from the Alliance of Automobile Manufacturers, the industry’s leading trade group. “Automakers remain committed to increasing fuel efficiency requirements, which yield everyday fuel savings for consumers while also reducing emissions — because climate change is real and we have a continuing role in reducing greenhouse gases and improving fuel efficiency,” the Alliance wrote.

One of the highest-profile glass ceilings in finance has been smashed. NYSE promoted Stacey Cunningham to president, making her the first woman to be the sole head of the 226-year-old exchange. She takes over from Tom Farley and starts Friday. NYSE Names First Woman Chief in Exchange’s 226-Year History (Bloomberg) 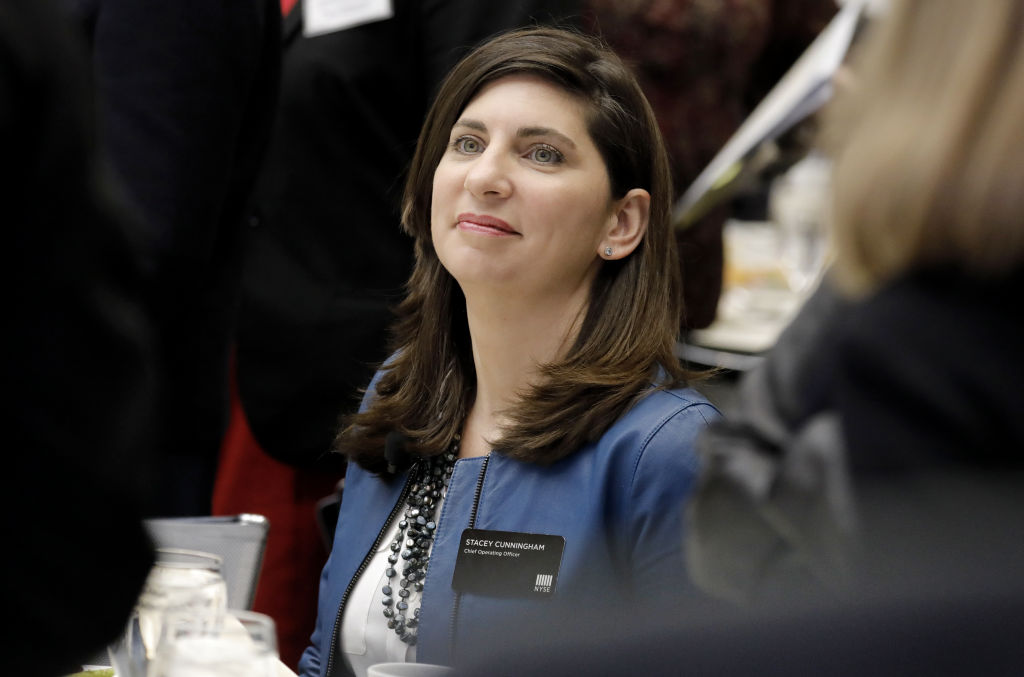 The Lucky 56: Xiaomi IPO to make Dozens of Workers Millionaires (Bloomberg)
Eight years ago, before China’s Xiaomi Corp. had sold a single smartphone, 56 of the earliest employees pulled together $11 million to invest in the startup. Today, they’re the Lucky 56. Xiaomi is one of the most successful smartphone makers in the world and it’s prepping a blockbuster initial public offering. Their stake in the company may soon be worth $1 billion to $3 billion, depending on the stock sale.

Twitter Bots Helped Trump and Brexit Win, Economic Study Says (Bloomberg)
Automated tweeting played a small but potentially decisive role in the 2016 Brexit vote and Donald Trump’s presidential victory, according to a National Bureau of Economic Research working paper. Their rough calculations suggest bots added 1.76 percentage point to the pro-“leave” vote share as Britain weighed whether to remain in the European Union, and may explain 3.23 percentage points of the actual vote for Trump in the U.S. presidential race.

News of the Weird: I have long suspected that when you die and go to Hell, you wake up in Palm Beach. An alert to more than 7,000 customers who lost power on Sunday near Palm Beach (in Lake Worth, Florida) said the power outage was due to “extreme zombie activity.” A city spokesman said officials “are looking into reports” and that he wanted to reiterate that Lake Worth does not have any zombie activity currently and apologized for the system message.
Lake Worth Falsely Sends Out ‘Zombie’ Alert During Power Outage (Palm Beach Post)

Editor’s note: Did yesterday’s Sheekey Daily arrive late to your inbox? Our third party email vendor is having some technical issues this week resulting in delayed emails. You can always read my latest edition on SheekeyDaily.com, or follow me on Twitter at @ksheekey to see when I post each day’s edition. Your colleagues, clients, family and friends can also sign up for the email at SheekeyDaily.com. Thanks for reading!

The Japan Times: Japan and Australia vow to put TPP into effect soon

The Telegraph (UK): Mark Carney claims households are £900 worse off because of Brexit

“..And Trump is now determined to stop it at all costs. In fact, West Wing aids are instructed to drop their personal phones into a small storage locker when they come to work. Wait a second! They’re taking away the phones of everyone except Donald Trump?? How does that work? How does that help??”

“The behavior of some of his staff has been extreme, including ‘the junior aide who was found to be taping meetings with Mr Trump and playing them to impress friends..’ Really?? I find it hard to believe that someone who works in the Trump administration still has friends!!”