From our second day in Beijing where we hosted Hank Paulson for remarks on the U.S. – China economic relationship: There may be no more experienced or connected individual who can help the two largest economies behind the scenes avoid a trade war.

In a positive sign, China’s top economic advisor has announced plans to visit Washington, D.C. next week. Expect a win-win trade agreement that allows President Trump to declare victory, even if it’s not a lasting peace or significant reform.

At home from Bloomberg Politics: The prevailing view is that Trump will announce he’s walking away from the Iran nuclear accord at 2 p.m. today in Washington. What comes next isn’t so clear. Here are four possible outcomes: The deal holds, the fudge, the head scratcher, or R.I.P.

Also from Beijing: Jamie Dimon laid out his long-term vision for his company’s expansion in China, while expressing hopes that mounting trade tensions won’t derail the plans. Dimon Lays Out 100-Year China Vision with Trade Spat on Horizon (Bloomberg) 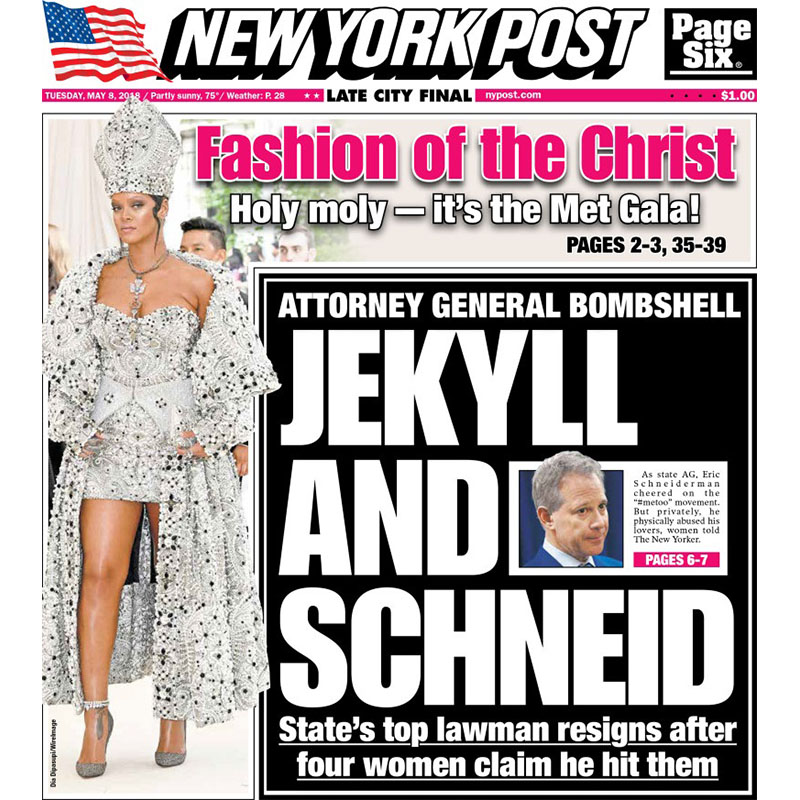 Sweet Deal of the Day: The Maker of Oreos is Buying a Classy Hamptons Cookie Company for a Half Billion Dollars (Bloomberg)

Boy Scouts Change Name and Welcome Girls to Program (WBUR – Boston)
From the NPR show ‘On Point’: Alvin Townley, former Eagle Scout and author of two books on the scouts, talks about the Boy Scouts now welcoming girls to the program and its focus on entrepreneurship. He said, “When you talk about entrepreneurs, you look at people like Bill Gates, Michael Bloomberg and Ross Perot — who all came through the Scouting program. Scouting teaches you that you can do whatever you want and no one is going to do it for you. Scouting teaches you to take that first step, to be proactive, to call a merit badge badge counselor — which might lead, you know, calling a sales prospect later in your life.”

“One of my favorite stories that shows this, I think, is Michael Bloomberg, who was the son of Russian immigrants in Medford, Massachusetts. And he was a Jewish Scout and in otherwise all-Baptist Scout troop. (That’s one of the wonderful things that scouting does, bring together people from different backgrounds.) And Michael Bloomberg could not afford to go to summer camp. So the way he afforded it was to win this prize that the troop gave out every year to the scout who sold the most Christmas wreaths. So this Jewish Scout Michael Bloomberg was going to door to door in Medford selling Christmas wreaths. And, you know, we see where those salesmanship skills got him.” Listen to the interview here.

First Lady Melania Trump launched a new campaign, “Be Best,” on Monday, which focuses on curbing cyberbullying as part of a broader agenda to help the overall well-being of children.

Not Again! Melania Trump Roasted for Seemingly Getting Inspiration for ‘Be Best’ Slogan from Michelle Obama (People Magazine)

“It was a big day for Melania Trump. She unveiled her new ‘First Lady’ platform. We all remember Michelle Obama’s was “children’s fitness”, Laura Bush’s was “child literacy” and Melania’s is “the overall well-being of children”. That’s kind of vague. You had a year and a half! It’s like spending all year planning your halloween party, and you decide the theme is “candy”.
— Stephen Colbert

“Over the weekend, Education Secretary Betsy DeVos told a group of college graduates to ‘embrace the mess’ in their lives. By the way, ‘Embrace the mess’ is also Trump’s 2020 campaign slogan.”
— Jimmy Fallon

“Trump’s going to be the first client who pleads insanity on behalf of his lawyer.”
— Seth Meyers

“I think we know what’s going on here. I think their strategy right now is to put someone out there who’s even nuttier than Trump, to make him look normal by comparison. And it’s working!”
— Jimmy Kimmel