It’s a bad day for global markets as the downward spiral of a trade war has begun. President Trump says this morning “we are not in a trade war, that war was lost many years ago.” Expect this to get worse and for a lot of businesses to be caught in the middle.

Tariff Impact: Trump Tariffs Stick it to U.S. Manufacturers – They Might As Well Give Back Half of the $26 Billion-a-Year Tax Cuts They Just Got (Bloomberg Gadfly – David Fickling)

Market-Moving Scoop: Amazon posted its biggest intraday gain in a week yesterday after Bloomberg first reported that there are no active discussions inside the White House about turning the power of the administration against Amazon, despite President Trump’s tweets attacking Amazon. As Trump Attacks Amazon on Twitter, White House Holds its Fire (Bloomberg)

And then there’s this: Bloomberg’s Jennifer Jacobs also reported yesterday that President Trump would dine last night with Oracle’s Co-CEO Safra Catz, whose company is competing with Amazon for a multi-billion dollar Pentagon contract. Trump Said to Dine with Oracle’s Catz, an Amazon Competitor (Bloomberg)

YouTube Shooter Criticized Company’s Video Policy, Reports Say (Bloomberg)
The woman who police say went on a shooting rampage at YouTube headquarters on Tuesday was a video creator who criticized the company for policies she claimed limited her audience, according to media reports. The local NBC news affiliate linked her to a website and YouTube channels that criticized the Google video unit. “YouTube filtered my channels to keep them from getting views!” the website reads. “There is no equal growth opportunity on YOUTUBE or any other video sharing site.”

Tech Scoop: An internal white paper at Facebook shows in detail how Trump’s campaign was better at leveraging Facebook’s advertising tools than Clinton’s campaign. Bloomberg’s Sarah Frier was first to report on the white paper. Trump Campaign Said It Was Better at Facebook. Facebook Agrees (Bloomberg) 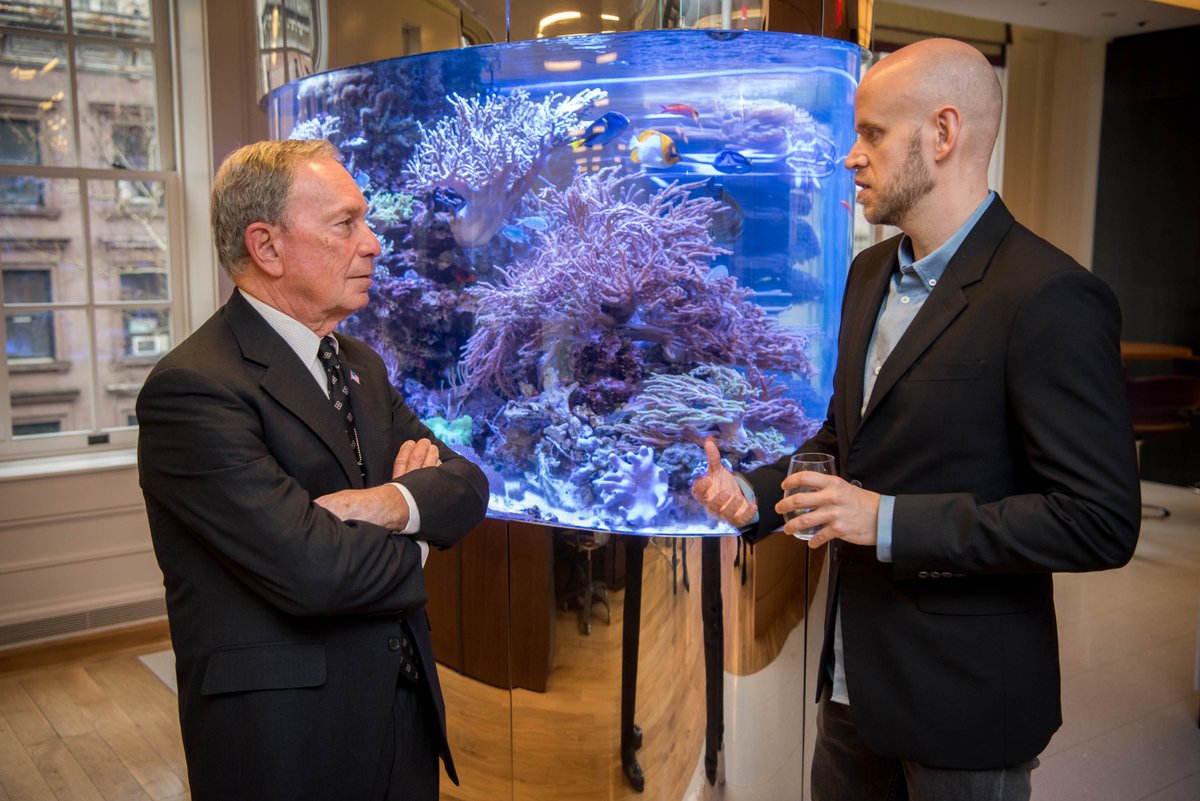 Mike Bloomberg hosted a lunch yesterday for Spotify founder Daniel Ek to celebrate the company’s listing on the NYSE. (April 3, 2018)

About Sumner Redstone’s iPad: Sumner Redstone has overwhelming voting control of CBS Corp. and Viacom Inc., and yet, he won’t have the final say over whether the companies merge because the 94-year-old media mogul would be one vote among seven National Amusements board members. Questions have surfaced in recent years about Mr. Redstone’s mental standing. To help him communicate, some people who recently have met with him say that he has an iPad loaded with snippets of his voice, connected to buttons for words or phrases including “yes,” “no” and “f—you.” Sumner Redstone Wouldn’t Have the Last Word on a CBS-Viacom Merger (Wall Street Journal – subscription)

Rendering of The Mastaba by Christo in Hyde Park, London.

This Summer in London: Artist Christo’s temporary sculpture, The Mastaba, will float on the Serpentine Lake from June 18 to September 23, 2018. Construction began this week and will be the artist’s first major public, outdoor work in the UK. will coincide with an exhibition at the Serpentine Galleries of Christo and Jeanne–Claude’s work (19 June to 9 September 2018), which will include sculptures, drawings, collages and photographs spanning more than 60 years. Mike Bloomberg is chairman of the board of The Serpentine and Bloomberg LP has been a longtime supporter. The Serpentine is one of numerous museums worldwide where Bloomberg LP employees receive complimentary admission. 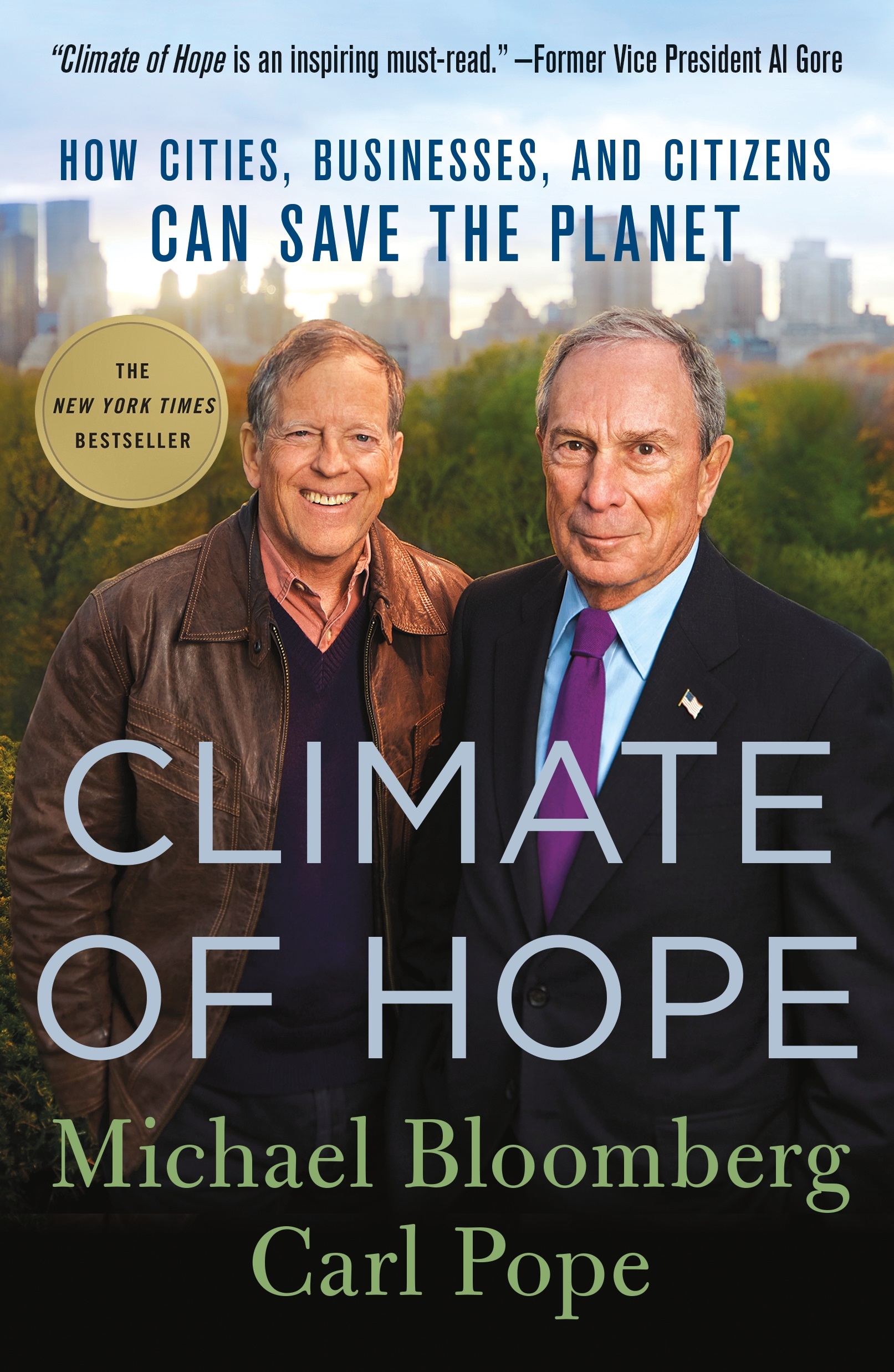 Hope for the Planet: While the Trump Administration continues to dismantle environmental protection rules, and the earth’s temperature continues to rise, I know it’s easy for people to become despondent about climate change. But Mike Bloomberg and Carl Pope believe that we are now in a better position to stop climate change than ever before. In their New York Times bestseller Climate of Hope: How Cities, Businesses, and Citizens Can Save the Planet, now out in paperback, they argue that in the years ahead, cities, businesses, and communities—not Washington or other national governments—can lead and win the battle against global warming. Together, they create a new type of conversation about climate change—one that moves the issue from partisanship to empowerment; from top-down to bottom-up; and from fear to hope. 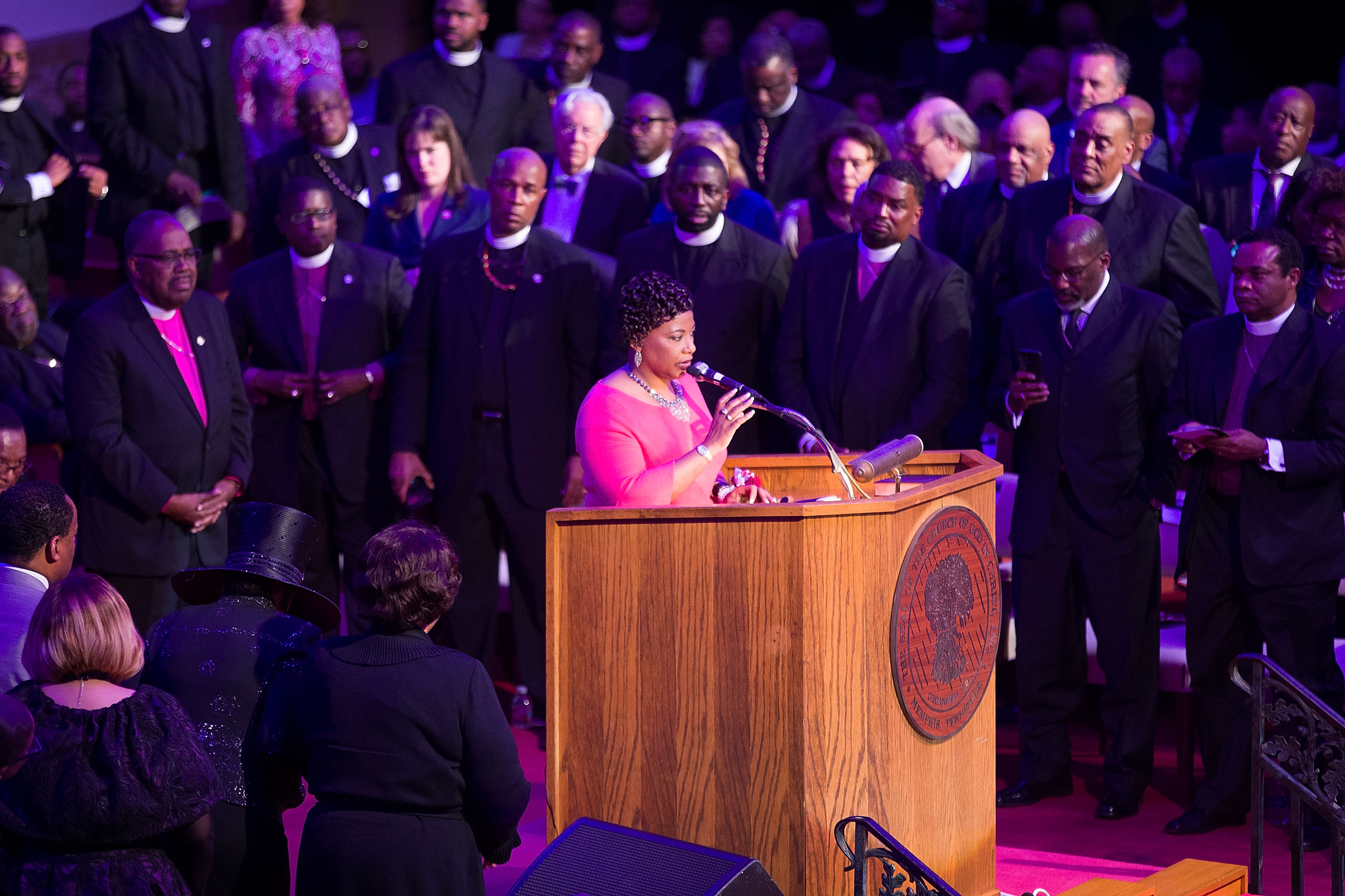 Last night in Memphis: Bernice King the daughter of Martin Luther King, Jr., speaks during the I AM 2018 ‘Mountaintop Speech’ Commemoration at the Mason Temple Church of God in Christ, the same place her father delivered his ‘Mountaintop’ speech on the eve of his assassination, April 3, 2018 in Memphis, Tennessee. The city is commemorating the 50th anniversary of King’s assassination on April 4, 1968. (Photo by Joe Raedle/Getty Images)

A day of remembrance: Fifty years ago today at approximately 6:01PM, Martin Luther King, Jr. was assassinated in Memphis, Tennessee. The day will be marked by events across the U.S. today, including ceremonies at the National Civil Rights Museum at the Lorraine Motel where Mr. King was shot in 1968. He was in Memphis to help galvanize striking sanitation works and had been asked to deliver what would be his final speech – the I’ve Been to the Mountaintop speech.

Read a smart annotated version of the speech here, watch moving highlights here and learn more from this special section by the New York Times here.