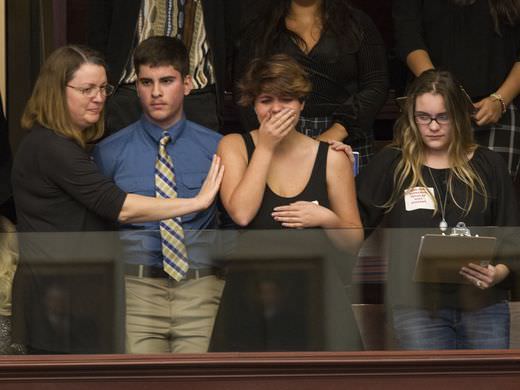 Sheryl Acquarola, a 16 year-old junior from Marjory Stoneman Douglas High School is overcome with emotion in the east gallery of the House of Representatives after the representatives voted not to hear the bill banning assault rifles and large capacity magazines at the Florida Capital in Tallahassee, Fla., Tuesday, Feb 20, 2018. Acquarola was one of the survivors of the Marjory Stoneman Douglas High School shooting that left 17 dead, who were in Tallahassee channeling their anger and sadness into action. (AP Photo/Mark Wallheiser)

A short man with a stony stare, Yevgeny Prigozhin is known as “Putin’s Cook” because one of his companies provides food services to the Kremlin. The Mueller indictment names that company’s parent, a related catering firm, and another Prigozhin group called the Internet Research Agency that ran a vast troll operation designed to sow discord in the 2016 U.S. presidential election. How ‘Putin’s Cook’ Fed America’s Appetite for Disinformation (Bloomberg BusinessWeek)

George & Amal Clooney, Steven Spielberg & Kate Capshaw, Jeffrey & Marilyn Katzenberg, and Oprah Winfrey will donate to the March for Our Lives, a March 24 rally being organized — in collaboration with the Bloomberg founded nonprofit Everytown for Gun Safety — to advocate for gun control in the wake of the tragic shooting at Stoneman Douglas High School in Parkland, Florida. The Clooneys, Spielbergs, Katzenbergs, and Winfrey each vowed $500,000. The Clooneys and Katzenbergs will also participate in the march on Washington, D.C. Clooneys, Spielbergs, Katzenbergs, Oprah Donate to Parkland Students’ March for Our Lives (Variety)

Donald Trump has embraced a pair of gun control proposals that advocates are eyeing warily — in part because they’ve been green-lighted by the National Rifle Association. So Far, Trump Has Stayed Onside With Gun Lobby (Bloomberg) 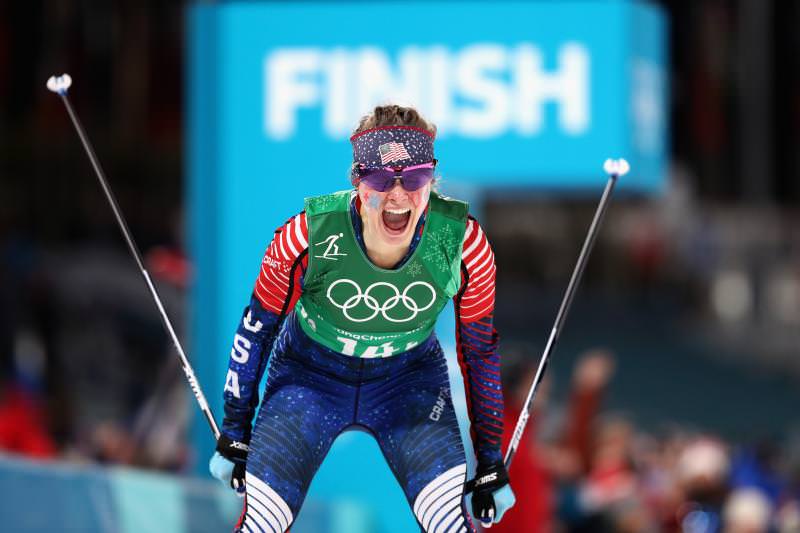 Prime Minister Theresa May faces another showdown with pro-Brexit lawmakers angry that her plans for leaving the European Union appear to fall short of a decisive split — and they have the numbers to trigger a leadership challenge. May Under Pressure After Tory Hardliners Demand Clean Brexit (Bloomberg)U.K. Eyes Longer Brexit Transition and Asks EU to Talk Dates (Bloomberg) Battle of the Red Buses; Anti-Brexit Campaigners Hit the Road (Bloomberg)

Italy’s Finance Minister Pier Carlo Padoan and his German counterpart Peter Altmaier suggest that Brexit demands the EU budget become more efficient. “The EU budget must be reoriented to finance and manage truly European public goods,” they argue. Examples include effectively managed borders, better cybersecurity and cohesion between regions, which is developed through more sophisticated measures than simply pushing EU funds at regions with low GDP. How to design an EU budget (POLITICO)

U.S. Vice President Mike Pence was willing to meet with Kim Jong Un’s envoys earlier this month during the Winter Olympics in South Korea, but the North Koreans backed out, the Trump administration. North Korea Pulled Out of Olympic Meeting With Pence, U.S. Says (Bloomberg)

As voters complete their tax returns this year, Kelly Mazeski and other Democratic candidates in high-income, high-tax congressional districts want them to be thinking about the possible pain ahead. She’s reminding voters that when they file their 2018 returns next year, they’ll be hit by a cap on state and local taxes, known as SALT, and may end up owing more long after the election is over. Democrats Counter GOP Tax-Cut Pitch by Warning of Long-Term Pain (Bloomberg)

@realDonaldTrump: A woman I don’t know and, to the best of my knowledge, never met, is on the FRONT PAGE of the Fake News Washington Post saying I kissed her (for two minutes yet) in the lobby of Trump Tower 12 years ago. Never happened! Who would do this in a public space with live security……

@Oprah: George and Amal, I couldn’t agree with you more. I am joining forces with you and will match your $500,000 donation to ‘March For Our Lives.’ These inspiring young people remind me of the Freedom Riders of the 60s who also said we’ve had ENOUGH and our voices will be heard.

Headlines From Around the World.

The National (UAE): Why Damascus and Kurdish militias have made a pact allowing regime-aligned forces to enter Afrin

Mail & Guardian (South Africa): Zuma to party with his Cabinet one last time