Asia Trade Back on the Table: U.S. Treasury Secretary Steven Mnuchin said Tuesday he had “begun to have very high-level conversations” on the Trans-Pacific Partnership, and rejoining the regional trade pact is an option for President Donald Trump. Mnuchin Says Trump ‘Willing’ to Negotiate U.S. Return to TPP (Bloomberg)

Get Rich Quick: Why be content with almost $2 billion when your net worth can be multiples more simply by moving your company from one stock exchange to another? Tech Mogul Gets $13 Billion Richer Just By Leaving New York for China (Bloomberg)

One of the United States’ largest sports retailers (and gun retailers) said this morning it was immediately ending sales of all assault-style rifles in its stores. Dick’s Sporting Goods Will Stop Selling Assault-Style Rifles (New York Times) 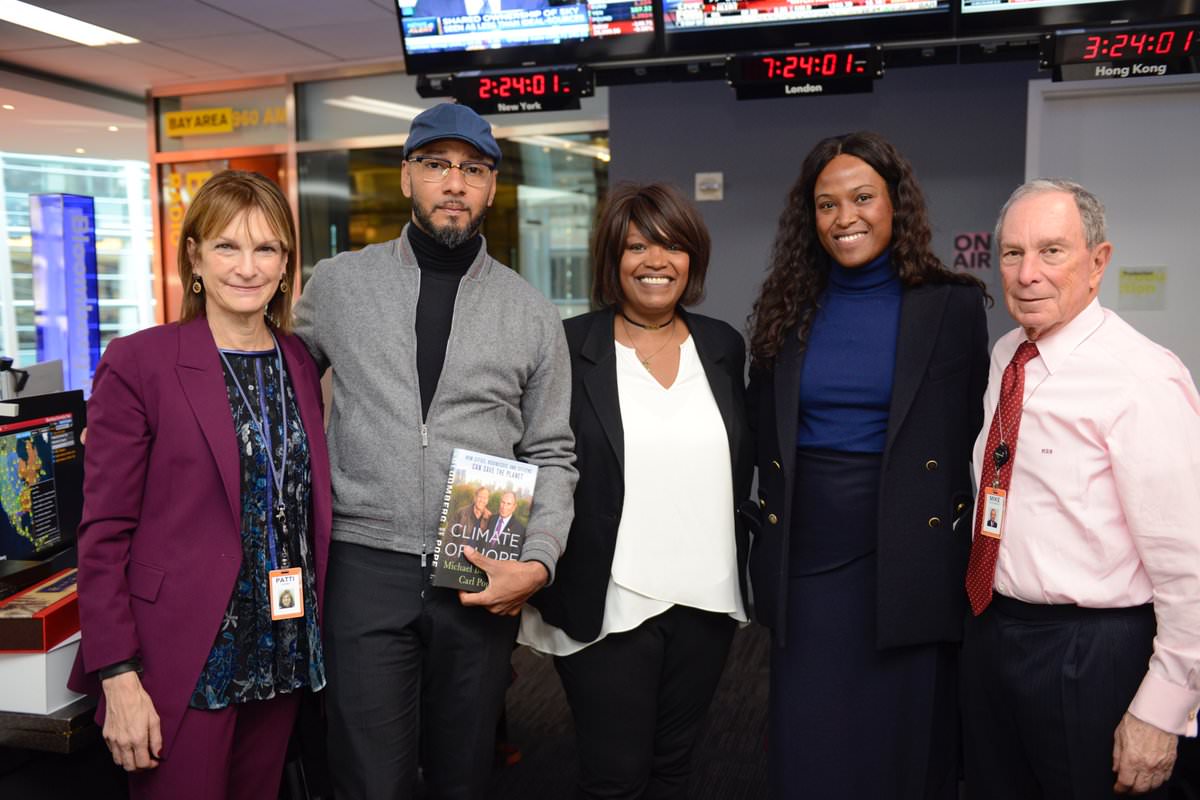 @MikeBloomberg: Thanks to fellow @HarvardHBS alum @THEREALSWIZZZ for joining us at @Bloomberg today to talk about art, philanthropy & more.

@Everytown: Everytown and @MomsDemand are proud to partner with Marjory Stoneman Douglas students on @AMarch4OurLives! Find a 3/24 #MarchForOurLives event near you ➡ http://every.tw/2CMaHNY

@AMarch4OurLives: Big news!! You can now see if there’s a march in your area – and if not, create your own! Thanks to @everytown @GiffordsCourage for supporting this effort. #MarchForOurLives

Daily Telegraph: Meghan Markle says women ‘don’t need help to find their voice’ as she backs Time’s Up and Me Too campaigns

Testifying before the Senate Armed Services Committee on Tuesday, Mike Rogers, the head of the N.S.A., said he was still waiting for the president to give him the authority to look into Russian interference more deeply. Stephen Colbert took Trump to task.

“The president has not told the National Security Agency to secure the nation against Russian hacking that we know is still happening. It’s like if your house is on fire, and the firemen are all there, and they agree that the flames are presently consuming your center hall colonial, but the fire chief keeps tweeting, ‘Fake news. We don’t know that that’s a fire. Could be a very shiny flood. Point is, there’s no proof of combustion. Witch hunt!’”
— Stephen Colbert

“There’s no doubt in any of the intelligence agencies that Russia did everything it could to influence the 2016 election — from effective methods, like Facebook ads and Twitter bots, to total dead ends, like Don Jr.”
— Stephen Colbert

And on Trump’s announcement that he’s running for re-election in 2020:

“President Trump is expected to announce that he’s running for re-election in 2020. He’s even got a great slogan: ‘Pretend the last four years never happened.’”
–Jimmy Fallon