Bonjour from Paris, where Mike Bloomberg joined Paris Mayor Anne Hidalgo at a primary school in central Paris to launch a joint project to monitor air pollution in Paris schools by deploying cutting-edge sensors across the city.

“With more than 90% of the world’s city residents breathing unhealthy air, reducing air pollution is essential to saving lives and protecting our communities,” Mike said in announcing the project.

In France, air pollution is responsible for 48,000 deaths a year, according to a study by France’s national health agency, including 6,500 deaths in greater Paris alone.

“We are truly determined to improve air quality in our cities; we are facing a health emergency,” said Mayor Hidalgo, who also chairs the C40 network of the world’s cities committed to climate change.

The pilot program will test new tools and spur innovation in air quality management. And starting in September 2019, families will have access to real-time data on air quality at the facilities frequented by their children through an interactive mapping tool on Paris.fr. Le Monde has the story en francais here. 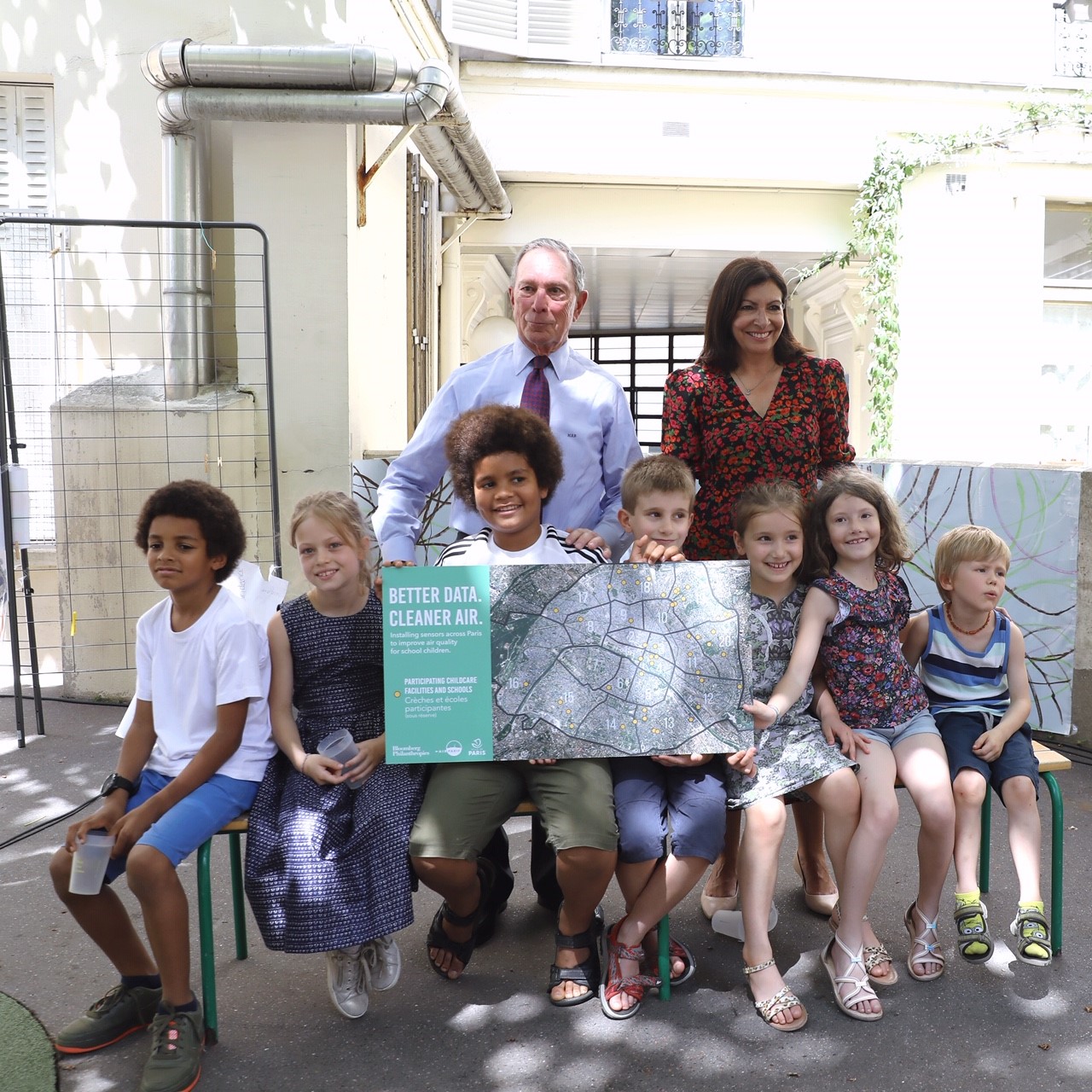 And in other good news for our climate, and in the clearest sign yet that renewable energy has gone mainstream, April marked the first time ever that renewable energy resources supplied more electricity to the United States than coal. It’s another step towards moving the U.S. Beyond Carbon.

For First Time Ever: Renewables Surpass Coal in U.S. Power Mix (Bloomberg)
Hydropower dams, solar panels and wind turbines generated almost 68.5 million megawatt-hours of power in April, eclipsing the 60 million that coal produced that month, Energy Information Administration data released late Tuesday show. That’s the most clean power the U.S. has ever made — and the least coal it has burned for power in years.

Beyond Carbon: As Coal Fades in the U.S., Natural Gas Becomes Climate Battleground (New York Times)
Some utilities are discovering on their own that it can make financial sense to take a more ambitious leap toward renewable energy. “Renewables in our particular situation were far more competitive than we realized,” said the CEO of an Indiana-based utility.

Over the past year, California, Colorado, Maine, Nevada, New Mexico, New York and Washington have all passed laws aimed at getting 100 percent of their electricity from carbon-free sources by midcentury, which would eventually mean phasing out conventional gas plants.

Florida, Florida, Florida: Miami, Drowning and Scorching, Awaits Democrats for Debate (New York Times)
As the democratic presidential candidates descend on Miami for the first round of debates, the urgency of climate change is beginning to take hold in Florida. It’s especially true in the Miami-Fort Lauderdale area, where a poll found that 49 percent of respondents said they had made physical changes to their homes in the past year to protect against sea-level rise, flooding or extreme weather.

Social Media Analysis of the Day: How 24,000 Tweets Tell You What the Democratic Presidential Candidates Care About (Bloomberg)
Jobs, the environment and social issues—including women’s rights, LGBTQ rights and race—have been the issues most discussed in 24,000 tweets analyzed by Bloomberg.

Powerful Image: The Story Behind the Photo of Father and Daughter Who Drowned Crossing the U.S.-Mexico Border (New York Times)

Mark the Calendar: Robert Mueller to Testify Before Congress on July 17.

What to Expect: How Mueller’s Past Testimony Holds Clues (Washington Post)

Public Service Reminder: No one should forget how Robert Mueller closed his May 29 press conference on his report:
“I will close by reiterating the central allegation of our indictments — that there were multiple, systematic efforts to interfere in our election. That allegation deserves the attention of every American.”

Bloomberg’s Robert Hutton crunched the numbers, and found that at most, only 304 members would vote for a no-deal divorce. That’s well short of the 318 needed to secure such a path, raising the prospect that a future prime minister might have to sideline or ignore Parliament.

Good Riddance: N.R.A. Shuts Down Production of NRATV (New York Times)
While NRATV may continue to air past content, its live broadcasting will end and its on-air personalities — including Dana Loesch — will no longer be the public faces of the N.R.A.

Hot Ticket: Prices Skyrocket for Tickets to U.S.-France Women’s World Cup Match in Paris on Friday (ESPN)
The least expensive ticket on StubHub.com is currently $295, while the most expensive one is listed at $11,398, with a number of tickets on sale in the $2,000-$3,000 range. The average ticket price is $335. In comparison, the quarterfinal match on Thursday featuring Norway and England has tickets as low as $33, with the most expensive ticket costing $170.

World’s 50 Best Restaurants: Mirazur in Menton, France Is the World’s Best Restaurant (Bloomberg)
The ‘new’ Noma in Copenhagen comes in second place and the world’s best female chef is Daniela Soto-Innes of Cosme in New York.

“It turns out you don’t really need your own communications director when you never actually, you know, communicate.”
— Seth Meyers

“It was a lovely ceremony today. And when Sarah handed Stephanie the keys to the liquor cabinet, she was like, ‘Here, you’re gonna need this. Trust me. Don’t lose it.’”
— Jimmy Fallon

“A new study has found that drinking coffee can help burn fat. America was like, ‘Great! I’ll have two mocha frappuccino’s with whipped cream and sprinkles!’”
— Jimmy Fallon