Political observers have used the term Team of Rivals (a reference to Doris Kearns Goodwin’s biographical portrait of the Abraham Lincoln cabinet) to describe the Trump White House. But if Goodwin was to write a book today about the current President, you have to assume the title would be A Presidency of One. Donald Trump has made clear he thinks he is his own best counsel. Trump Moves Closer to a Presidency of One with Tillerson Firing (Bloomberg)

Newspaper cover of the day: 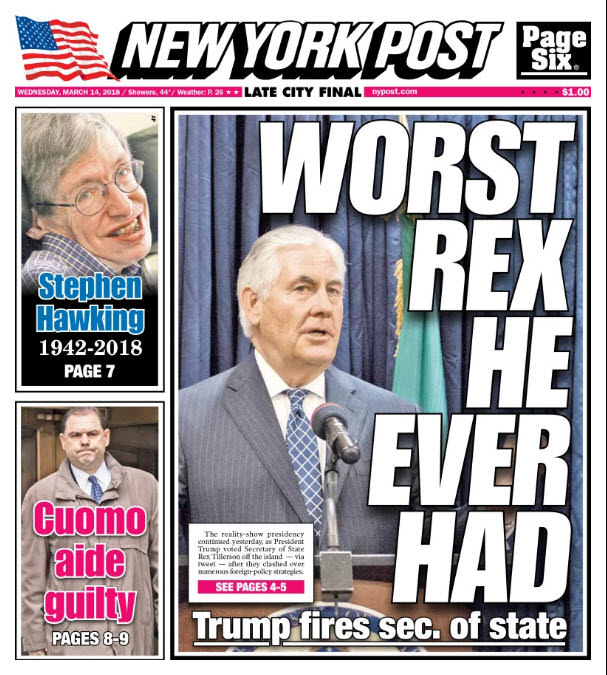 Pennsylvania rebukes Republicans: In a U.S. House race viewed as a bellwether for the November midterms that will decide who controls Congress, Democrat Conor Lamb has already claimed victory. Although there’s no official winner yet, Lamb’s strong performance is a rebuke to Trump, who won the district by 20 percentage points in 2016 and campaigned for Republican Rick Saccone. — Bloomberg Balance of Power Pennsylvania Special Election Too Close to Call in GOP District (Bloomberg)

At last: Merkel sworn in. 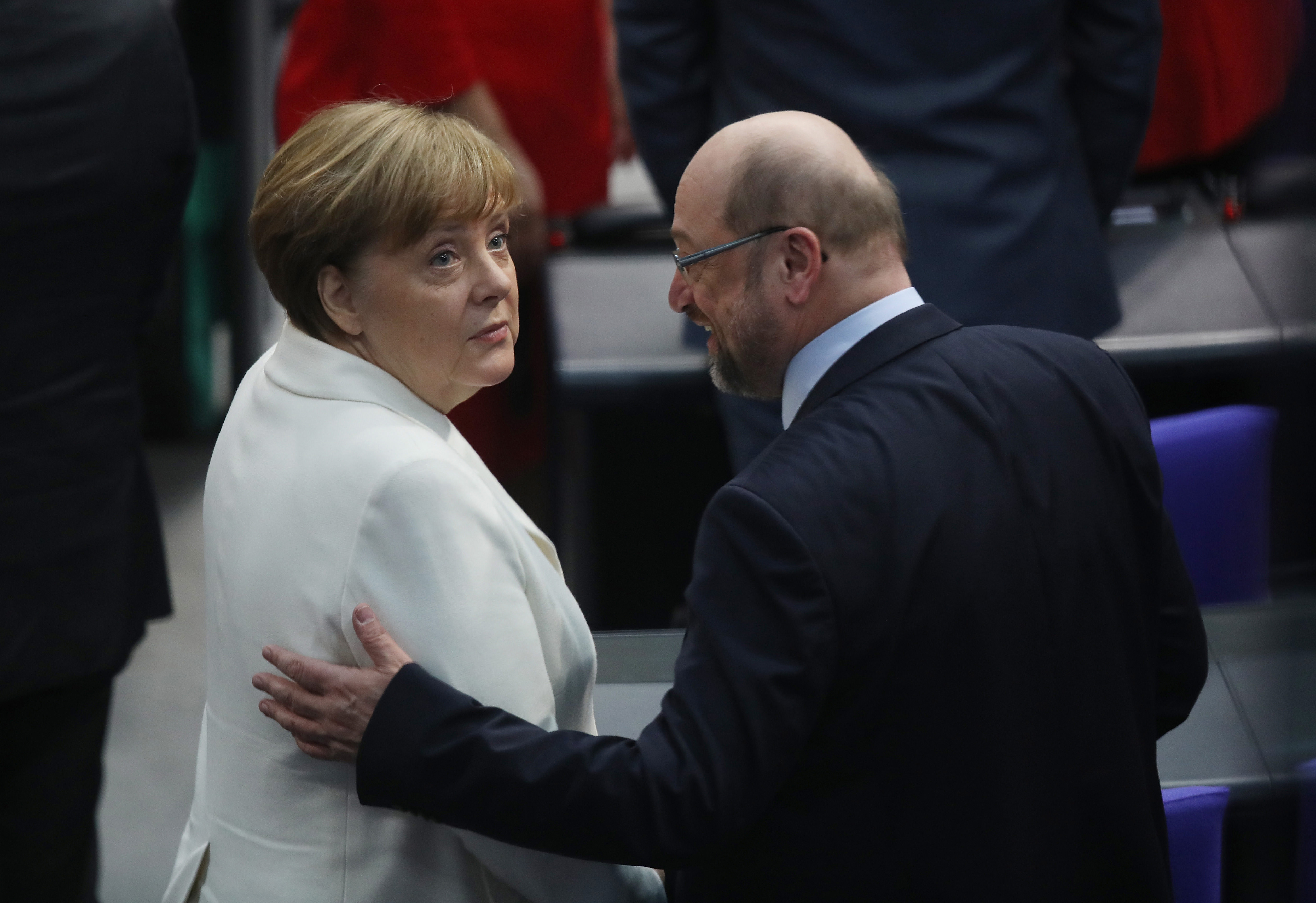 Obit of the Day: Stephen Hawking, Physicist Who Reschaped Cosmology, Dies at 76 (Bloomberg – and 2nd Most Read on the Terminal)

Wear Orange! Students all across the U.S. are planning to walk out of their classrooms today as part of the #Enough! National School Walkout to raise awareness about issues of school safety and the impact of gun violence. The nationwide demonstration will happen at 10 a.m. and last 17 minutes. #everytown.org

Times of India: More than half of PM Modi and Rahul’s Twitter followers are fake

“I heard Trump has been telling people that he fired Rex Tillerson all by himself. Trump brags about firing people the same way a toddler brags about using the bathroom alone for the first time.”
— Jimmy Fallon

“I’m sorry, that’s messed up. How can you fire a man in a public tweet? At least slide into his DM’s.”
— Trevor Noah

“In the past few weeks, Gary Cohn, Hope Hicks and now Rex Tillerson have all left the White House. Most people have said they’re shocked, while Betsy DeVos was like, ‘Wait, how the hell am I still here?’”
— Jimmy Fallon

“Of course you did it by yourself, there’s no one left at the White House anymore. It’s just you and your Slovenian captive!”
— Jimmy Kimmel