Women Win: The days of Pennsylvania’s all-male congressional delegation are over. Both Democrats and Republicans nominated a woman in a Philadelphia district — part of a wave of female winners in yesterday’s primaries in four states. Democrats in particular are banking on enthusiasm from women to help net the 23 seats needed to win a U.S. House majority, which would significantly boost their ability to block Trump’s agenda. Pennsylvania Women Advance in Primary Campaigns for House Seats (Bloomberg Balance of Power)

Media Watch: The Rise of the Pro-Trump Media Machine (Axios)
In the past, the out-of-power party got the media bump (right-wing radio under President Clinton). Instead, Trump is lifting all media boats: Crooked Media’s Pod Save America, founded by Obama alumni, is one of the era’s huge success stories. 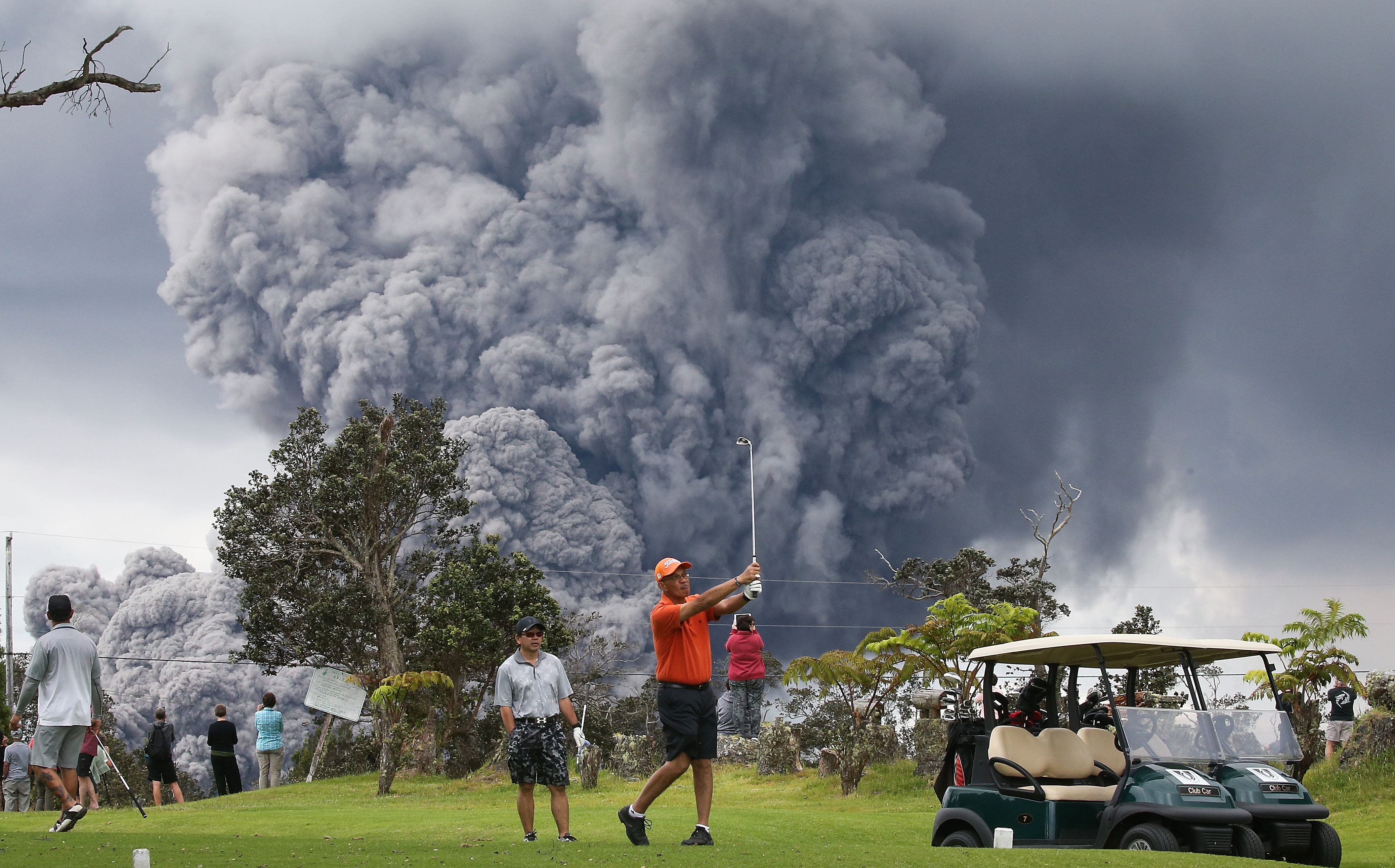 Hawaii Golf Today: People play golf as an ash plume rises in the distance from the Kilauea volcano on Hawaii’s Big Island on May 15, 2018 in Hawaii Volcanoes National Park, Hawaii. (Photo by Mario Tama/Getty Images) Hat tip: Mike Allen/Axios AM 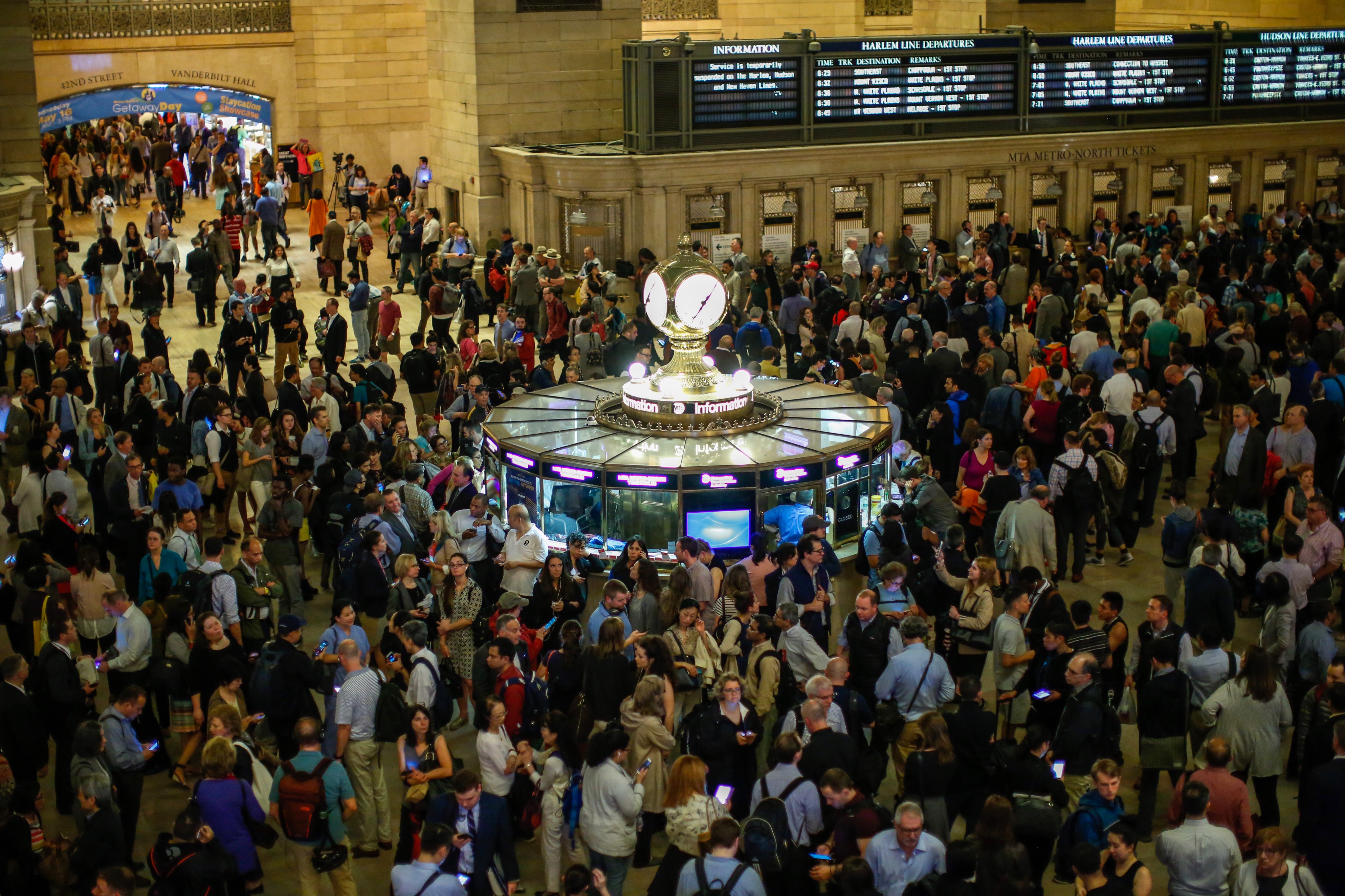 Mike Bloomberg Wants to Know Why More than 29 Million Are Dying Each Year (Forbes)
This year more than 29 million people will die without a known cause. While this may sound like a movie plot, it’s actually a real-life, real-world problem that philanthropist Mike Bloomberg wants fixed. 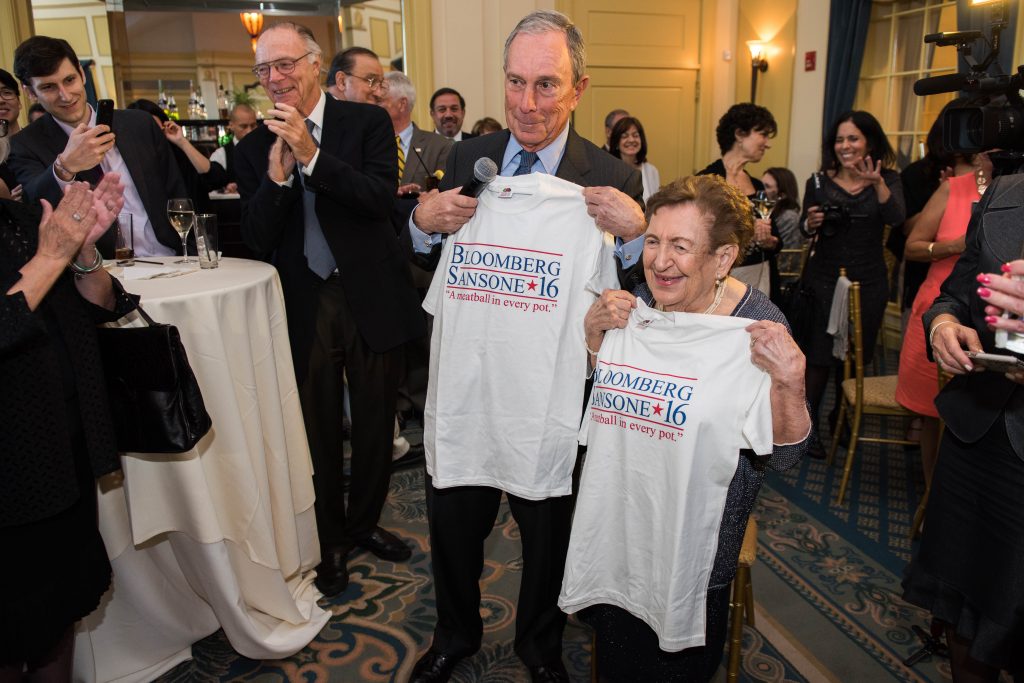 China Daily: US continuing to plan for Trump-Kim summit

BBC News: A non-Brit’s guide to Meghan and Harry’s wedding

On the news that North Korea may cancel the summit between Kim Jong-Un and Donald Trump:

“I read that Kim Jong-un might cancel his big meeting with Trump because the U.S. and South Korea haven’t stopped their joint military exercises. Trump was like, ‘So just to be safe, I’m canceling all of my exercises.’”
–Jimmy Fallon

On President Trump’s physical fitness, when hearing Melania Trump has been hospitalized for an operation:

“Look at these two people: How is she the one with the health issue? I mean, Trump’s blood type is KFC-positive. He does not live a healthy life. At a rally last week, Trump vowed to fight for the rights of the L.G.B.B.Q. community. How is he healthy?”
–Trevor Noah

On news that a Picasso painting was damaged before it arrived at an auction where it was to be sold:

“A Picasso painting that was supposed to sell for $70 million at an auction here in New York City this weekend was accidentally damaged last Friday. Apparently the damage is so extensive, now the eyes, ears and mouth are all in exactly the right place.”
–Seth Meyers

For more Best of Late Night from the New York Times click here.