Tomorrow is that important day in the U.S. where we celebrate what we are thankful for, what we have, and those around us – as opposed to obsessing with what we don’t have or would like to change.

In that spirit, you may have heard of Black Friday and Cyber Monday. There’s another day you might want to know about: Giving Tuesday.

The idea is pretty straightforward: On the Tuesday after Thanksgiving, shoppers take a break from their gift-buying and donate what they can (money or time) to charity. #GivingTuesday


And here’s what I’m reading today:

Everywhere you go in New York these days you see the impact of Michael Bloomberg and his 12 years as the city’s mayor. The waterfronts of Brooklyn, Queens and Manhattan are alive with new parks. Bicycle lanes lace the streets. Once derelict parts of the city have been transformed into huddles of skyscrapers, and technology firms have poured in. Amazon’s decision to build a headquarters in Long Island City can be traced directly to the Bloomberg administration, which kickstarted the new development of this once disregarded district.

For his fans, Bloomberg is the rational, data-driven, non-partisan, problem solver America needs. The kind of New York tycoon who should be in the White House, rather than the one who is. He is said to have told incoming house speaker Nancy Pelosi that “we want to have people working across the aisle for the benefit of America rather than for the benefit of their party.” Bloomberg is one of very few who can deliver that kind of message and be sure it will be heard.

Rules are for Other People, Not the Trumps: Ivanka’s Email Scandal Has Familiar Moral (Bloomberg Opinion – Tim O’Brien)

Real Solutions to Closing the Opportunity Gap: How Bloomberg’s Billions Help College Access (Forbes)
There are immediate and effective steps we can take today to get more college-ready kids into higher education and begin to close the opportunity gap. And Mike Bloomberg is doing just that: pledging $1.8 billion to his alma mater Johns Hopkins University to be used for financial aid for qualified low- and middle-income students. He is taking the laudable step of directing his significant financial clout toward an important and worthy goal: access to a high-quality college education for those who would not otherwise have it. It is a fundamentally American idea: that everyone should be welcome–if they work hard enough and demonstrate the ability–to advance their individual development through education beyond the basics of high school. Until we achieve this ideal, economic inequality will persist. Our society needs this alchemy, the spinning of individual wealth into more broadly available opportunity for many. Philanthropy is one way to achieve it.

How to Stay Sane During the Holidays: These Six Meditation Apps Just Might Convince Even the Most Skeptical (Bloomberg) 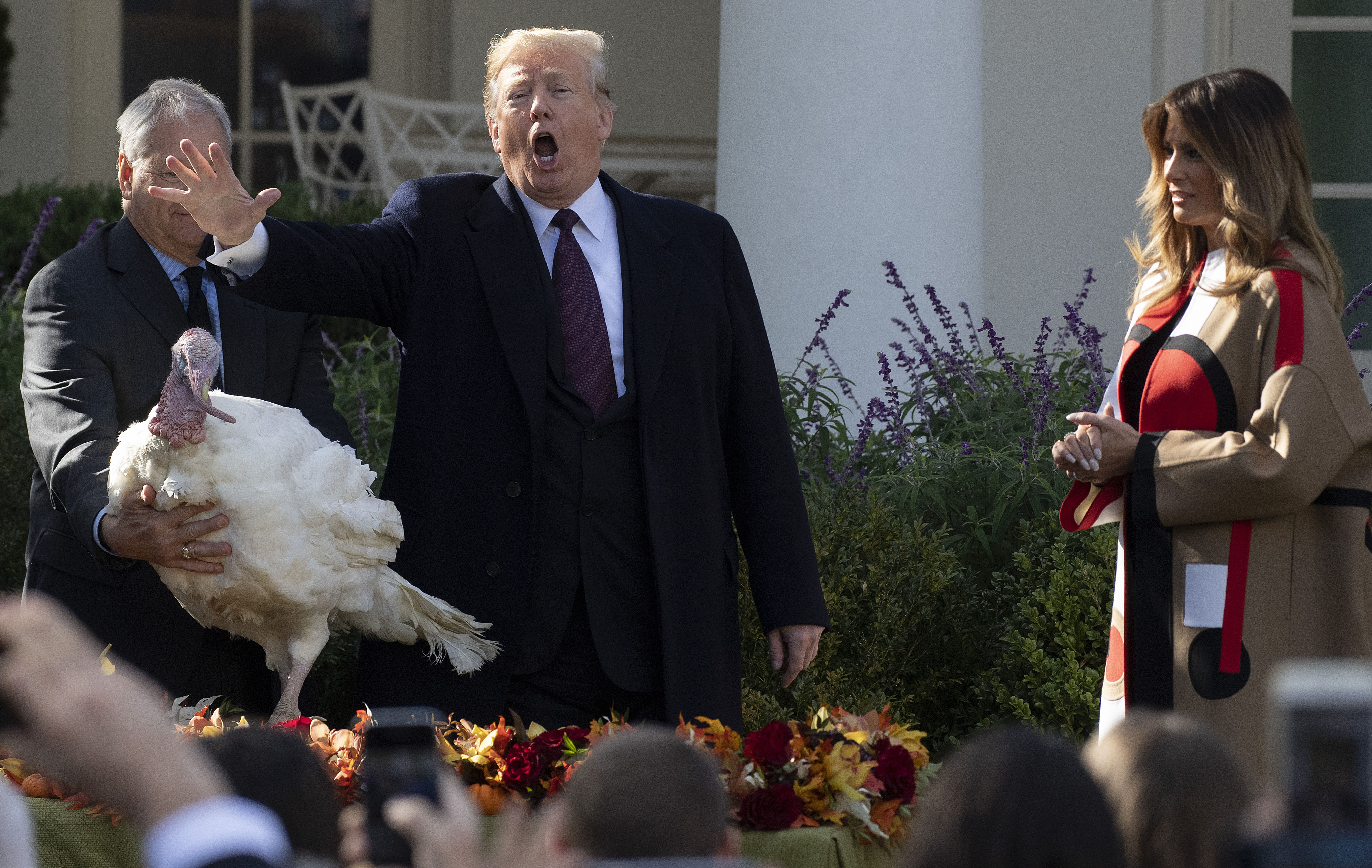 How would you caption this photo? Reply to this email with your caption ideas.

“Former New York Mayor Michael Bloomberg pledged to donate $1.8 billion to student financial aid at Johns Hopkins University, setting a record for the largest ever donation to a U.S. college or university. And boy was he pissed when the Alumni Society called him the next day. ‘Hi would you like to make a donation?’ ‘Are you kidding??’”
— Seth Meyers (watch here)

“According to an official analysis, the average cost of Thanksgiving dinner is the lowest it’s been since 2010. That’s the upside, the downside is: that’s literally the only thing in the world right now that’s as good as it was in 2010.”
— James Corden

“Speaking of Thanksgiving dinner, there’s a new trend in dining this year, more and more people are ditching larger sized birds in favor for what are being referred to as “tiny turkeys”. Yeah, it’s a chicken.”
— James Corden

“In an interview with Fox News, Trump said that he’s planning his first visit to a war zone. Troops were glad to hear that, until they realized he was talking about Walmart on Black Friday.”
— Jimmy Kimmel